Increasing the number of women in the IT sector 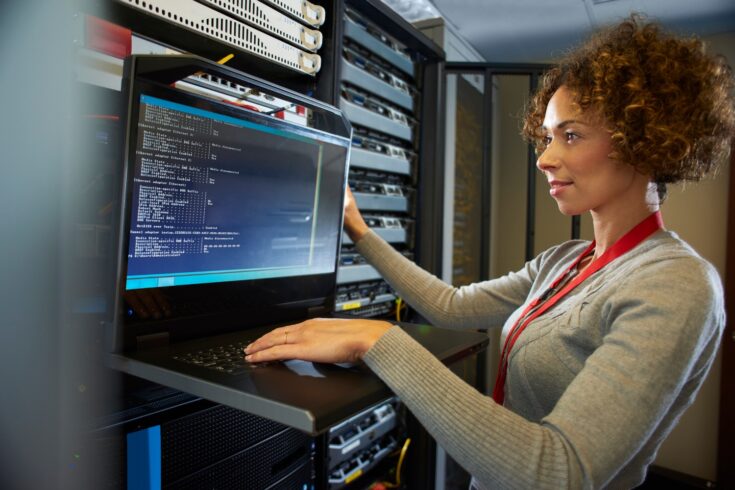 Less than 18% of the workforce in the UK’s tech sector are women, compared to nearly twice that in India - ESRC research is behind attempts to correct this disparity.

Globally, the IT sector is experiencing a decline in women in its workforce, but the degree of this disparity varies widely. The UK average in 2018 was below that for European nations according to the 2018 Women in Tech Index. By comparison, nearly 35% of the workforce in India are women, and the highest-ranking European nation is Bulgaria at 30%.

ESRC researchers carried out a two-year study to find out what lessons can be learned from India to increase the number of women entering the UK’s IT sector. Their findings have stimulated tech industry engagement, launched a national Indian scorecard and informed a UK strategy for diversity in the tech sector.

The Gender, Skilled Migration and IT project is the first ESRC-funded research to be conducted in association with NASSCOM, a not-for-profit industry body that represents India’s £116 billion software and IT services sector. Led by Professor Parvati Raghuram with co-investigator Dr Clem Herman, both of the Open University, the research was carried out in the UK and India between 2016 and 2018.

The researchers compared the experiences of IT workers in India and the UK. They also explored gender norms and best practice by gathering insights from migrant women and men who move between the UK and India and have experience of working in both countries.

In the UK, the low recruitment of women to IT careers – coupled with high attrition rates – is seen as a major problem for the sector. Very few of the UK women interviewed had gone directly into an IT career. Instead they had often graduated in other disciplines such as management or natural sciences. For many, the status of IT work was not a particular motivator, and they expressed less passion for technology.

By contrast, the Indian IT sector was found to offer career support, high status, reward and security, and visible equality policies that attract women. The sector also:

Professor Raghuram said: “Addressing the UK shortage of women in IT requires that the sector not only offers benefits, but outperforms other competing sectors, and projects its gender-equality policies effectively through targeted campaigns.”

The project has had wide impacts on improving women’s representation in IT, both in the UK and abroad.

The Women and IT Scorecard

In partnership with NASSCOM the researchers developed the Women and IT Scorecard – India (2017 and 2018), which brings together research evidence on differences in participation rates between women and men. The scorecard also benchmarks these within an international context.

The research and scorecards were recognised globally across industry sectors, including references in McKinsey Global Institute reports.

Raising awareness through events and publications

The research team engaged directly with industry partners both in India and the UK, resulting in joint events and publications and raising industry awareness of gender issues. Partners included NASSCOM in India and TechUK in the UK.

UK industry-organised dissemination workshops were held by Tata Consultancy Services and Elsevier; and a Women in Technology event hosted by the Industry and Parliament Trust was attended by businesses and parliamentarians, including the Minister for Digital and the Creative Industries.

Research findings on the role of industry-university partnerships in embedding gender equality in IT recruitment are now being incorporated into a new national strategy for increasing diversity in the UK technology sector. This is currently under development by the Institute of Coding, a government-funded consortium of over 30 universities and major IT businesses.

Read Gender, Skilled Migration and IT: a comparative study of India and the UK on Gateway to Research.

Learn more on the Open University’s project page on Gender, Skilled Migration and IT: a comparative study of India and the UK and its video Why are there so few women in the UK IT industry?

Top image:  The Gender, Skilled Migration and IT project has had wide impacts on improving women’s representation in IT. Credit: Getty Images.