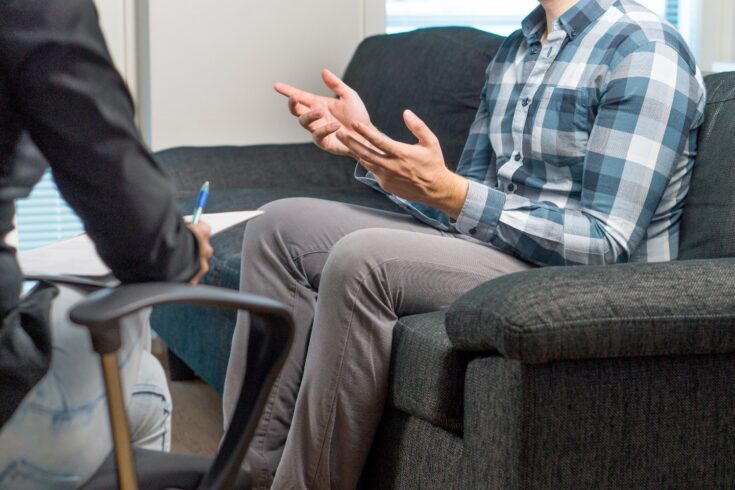 Research into some men’s violent and controlling behaviour towards women led to policies, interventions and education designed to prevent gender-based violence.

1 in 4 women will experience domestic abuse in their lifetime. Along with the impacts on the individuals the social and economic costs of this abuse amount to more than £66 billion a year, according to UK government estimates. Rates of gender-based violence tend to be highest among teenagers and young adults, with boys and men the most likely perpetrators.

Research by Professor David Gadd shows that changing the attitudes and behaviour of boys and men in order to reduce the number of young men who become perpetrators is the key to protecting women from domestic violence.

Professor Gadd is the lead researcher on the Economic and Social Research Council (ESRC)-funded From Boys to Men project. As part of his research, Professor Gadd undertook surveys, interviews and focus groups among 1,200 people aged 13 to 21.

He found that by the time young people reach 14 most have some experience of domestic abuse, whether in their own relationships or in that of their parents. While most young people think it is wrong to hit a partner, many can think of exceptions to this rule, most typically when a partner has hit them first or cheated on them. Young people in general rarely see controlling behaviour as domestic abuse.

These findings indicate an urgent need to begin conversations with teenagers about domestic abuse. Many are already learning about it long before cohabiting relationships begin in early adulthood. Attitudinal change is important, particularly around the issue of trust.

Men need support to understand that you can’t increase your trust in a relationship by controlling your partner.

Young men often assume it is acceptable to check up on their partner because they feel insecure, but checking-up leads to feeling greater insecurity not less. Greater awareness of these issues is important for everyone.

Professor Gadd’s findings led him to campaign for greater joined-up thinking by government on gender-based violence prevention. His research also highlighted the need for more preventative engagement through public awareness campaigns. As well as responsive, diversity-sensitive perpetrator interventions and conversations with teenagers in schools, families and communities. Where difficult issues around coercive control, why some resort to it and how to deal with insecurity in intimate relationships can be discussed.

Professor Gadd’s work has changed thinking on what is needed to prevent gender-based violence. He has influenced domestic abuse policy at national and regional levels, shaped new interventions by charities and support services for men who use violence against their partners, and fostered the introduction of preventative domestic abuse education in secondary schools.

The benefits of working to change perpetrators’ behaviour are now more widely recognised, thanks to his engagement with policymakers. As Nicole Jacobs, Domestic Abuse Commissioner for England and Wales, said:

Government as well as other agencies and organisations all strive to provide young people who use violence with opportunities for change. Professor David Gadd’s work illuminates how to make this a reality and reduce domestic abuse in society.

His work was cited in parliamentary debates on the value of sex and relationship education and the effectiveness of working directly with perpetrators. It influenced the government’s decision, enshrined in the 2021 Domestic Abuse Act, to set out the obligations of schools and colleges in preventing domestic abuse.

A ‘whole-system’ approach to domestic abuse

The Greater Manchester’s Gender-Based Violence Strategy 2021 to 2031, was co-written by Professor Gadd and includes a clear focus on boys and men and exemplifies such joined-up thinking. The strategy sets out a comprehensive, responsive programme of service delivery to enhance the safety of women and girls while preventing gender-based violence from occurring in the first place and challenging the attitudes and inequalities that enable it.

Traditionally, interventions in the space of domestic abuse have been about what to do after the event, and how to work with the victim rather than prevention. Suzanne Jacob, CEO of SafeLives, a UK-wide domestic abuse charity sums up the value of Professor Gadd’s new approach:

His work has been groundbreaking. It gives a sense of how we can bring boys and men into the work to end the abuse of girls and women, and help overcome some of the challenges we all face in achieving truly transformational change.

Professor Gadd’s has helped shape a range of preventative interventions and schemes including:

Professor David Gadd is a Finalist in the ESRC Celebrating Impact Prize 2022.

Listen to the Professor Gadd discuss ‘How to stop men hurting women’ on the BBC.

Read Professor Gadd’s findings on From Boys to Men project.

Listen to Professor David Gadd discuss his research on YouTube.

Watch the Home Office’s ‘This is Abuse’ campaign video on YouTube.