Cleaning up our air and cutting the costs of pollution 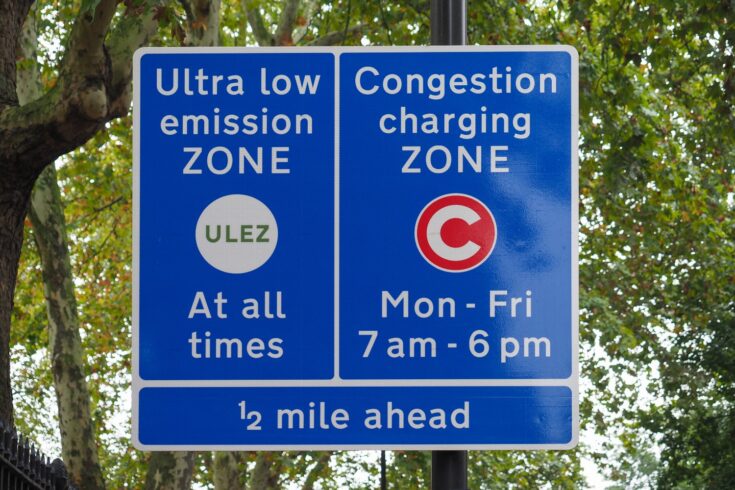 Clean air underpins everything we need and value – our physical health, mental wellbeing, quality of life and the environment we depend on.

Poor air quality presents serious risks. In the UK air pollution is the fourth-biggest danger to public health and carries an estimated annual cost of £20 billion to health services and businesses. It causes tens of thousands of premature deaths in the UK each year, and has recently been shown to increase the risk of death from COVID-19. It also has wider implications, including:

In the face of the threats it brings, the importance of cutting air pollution cannot be overstated.

By 2018, UK sulphur dioxide emissions had fallen 98% compared with 1970. Key to this achievement was the 1979 international Convention on Long-range Transboundary Air Pollution (CLRTAP), which built on NERC-funded work demonstrating the link between acid rain and burning fossil fuels.

NERC research was a key platform for the UK’s Clean Air Strategy 2019. For example, our work triggered a new policy approach to cutting emissions of volatile organic compounds (VOCs), prompting vehicle manufacturers to take action. It was also the foundation for London’s Ultra Low Emission Zone (ULEZ). Since ULEZ was introduced, nitrogen dioxide emissions in the city have fallen 44%.

Two computer models developed with NERC and Defra funding that show how air pollutants react to produce ozone in the atmosphere are widely used in the UK and overseas to improve air quality policy.

The NERC-funded Clean Air for London (Clearflo) project underpins daily air-quality forecasts relied on by individuals and local government. These are especially valuable for people whose health suffers when pollution levels are high.

NERC-funded research led to improved Met Office forecasts on the formation of ozone and other pollutants associated with heatwaves, saving an estimated 24 lives for every 10 days of heatwave.

Jobs and revenue for the clean air tech sector

NERC-funded atmospheric scientists at the University of Hertfordshire (UH) developed a low-cost technology for monitoring particulate air pollution that has since generated:

The World Health Organisation has declared air pollution to be a public health emergency. In the UK alone an estimated 40,000 deaths per year are linked to air pollution, and it costs health services and businesses an estimated £20 billion per year.

The patented UH Optical Particle Counter (OPC) design was developed in 2011 to 2013. It was a game-changer at the time, capable of accurately monitoring particulate air pollution at a fraction of the cost and power requirement of previous technology, and of operating unattended long-term.

It was licensed to UK-based Alphasense Ltd, a leading air pollution sensor manufacturer, in 2013 and opened up new worldwide markets generating tens of millions of pounds in direct and indirect commercial revenue to date and supporting significant job growth at Alphasense and other companies.

More than 21,000 OPC units have been included in air quality monitoring systems in more than 70 countries. The technology has also benefitted human health by enabling authorities to map and then act on air pollution hotspots.

The OPC is incorporated in air pollution monitoring technology recommended by the United Nations Environment Programme (UNEP). As a result, it is being installed by UNEP and local governments in cities across the world.

The low cost of the technology has also empowered communities to monitor their own air quality, with citizen-led science projects established in five countries to date.

The UH team was funded by NERC through the strategic research and capital funding streams.

NERC is committed to funding research to better understand air pollution and find new ways of addressing it.

This £42.5 million UKRI-funded programme led by NERC and the Met Office will protect health and support clean growth by developing solutions to today’s air quality issues. It will also equip the UK to tackle future challenges proactively.

A £4 million programme will boost understanding of sources and levels of pollution in the region. It will also develop new capability to predict how policy measures would affect air quality, health and the economy there.

These grants will enable researchers to examine COVID-19’s impact on air quality and the resulting health implications. The results are already informing government actions.

Read the Deloitte report on the economic and social impact of selected NERC-funded research.