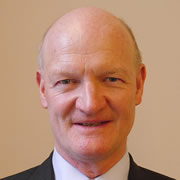 The Rt Hon Lord Willetts FRS is President of the Resolution Foundation and former Minister for Universities and Science. He was MP for Havant from 1992-2015. Before becoming an MP, he worked in HM Treasury and the Number 10 Policy Unit and was Director of the Centre for Policy Studies.

Lord Willetts has taken on a number of research-linked commitments. He is Chair of the Foundation for Science and Technology, Chair of the Sanger Institute, Chancellor of the University of Leicester, and a Visiting Professor at King’s College, London.

Lord Willetts is also involved in innovation through non-executive directorships of Surrey Satellite Technology and the Biotech Growth Trust.

He has written widely on economic and social policy. His book ‘A University Education’ was published in 2017. A second edition of his influential book on the Boomers and the young generation, ‘The Pinch’, is published in November.