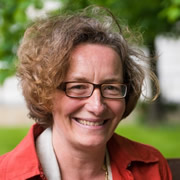 Juliet is founder and Chief Executive Officer of Good Energy – a 100% renewable energy company with a mission to power a greener, cleaner future together.

In 2013 Juliet was awarded an OBE for services to renewables and in June 2015 was appointed to the board of the Natural Environment Research Council. She has various appointments with academic organisations, including University of Wales, Imperial College, Bristol University and LSE, where she works on innovation and where possible influencing the next generation to think about the energy transition and our low carbon future.

Juliet has been awarded many accolades and sits on many panels and boards including;

In addition to industry Juliet is passionate about supporting university education and was awarded an honorary degree from Bristol University in 2018 and was made a Fellow of Birkbeck College in 2018.