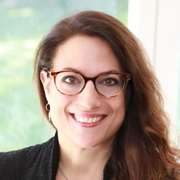 Professor Jennifer Rubin is a Professor of Public Policy at King’s College London and the former Director of the Policy Institute.

Throughout her career, Jennifer’s focus has been on bringing rigorous social science to bear on pressing policy and practice challenges, using research to inform and advance improvements in outcomes.

She has led research programmes across a broad range of areas including: migration, diversity and intolerance; communities, crime and justice policy; funding models for public services; the intersections between public health and related areas such as antimicrobial resistance, alcohol and drugs policy; and the relationship between social expenditure and health outcomes.

As a researcher, Jennifer has been Principal Investigator on many cross-national, comparative interdisciplinary studies funded by the European Commission; UK government departments and agencies, including a series of projects for the Ministry of Justice and the Chief Medical Officer; NGOs and foundations such as the Open Society Foundation and the Wellcome Trust.

She has also contributed through submissions, advice or convening, to several government reviews including the Prime Minister’s Strategy Unit’s review of serious and organised crime, the O’Neill Review, the Casey Review and the Lammy Review.

In addition to research, Jennifer is a member of the UK’s Industrial Strategy Council, Ministry of Justice’s Data, Evidence and Science Board, and is scientific advisor to NATO’s task force on ethnic intolerance in the military.

She has served as policy advisor for a multimillion pound AHRC doctoral training programme at the University of Cambridge and has been social scientific advisor to projects including Nuffield Foundation research on fair trials for foreign nationals. She has advised and briefed her work to the Executive offices of the UK, the EU, several other European governments, the US and New Zealand.

Before joining King’s, Jennifer built and led the justice and home affairs research programme at RAND Europe. She served on the not-for-profit policy research institution’s executive team, most recently as Executive Vice President, helping to lead its quadrupling in size in Europe.

Jennifer obtained her PhD at the University of Cambridge in social and political sciences at King’s College, following a First Class degree in European Politics at Loughborough University. She has lectured in politics and psychology, published numerous peer-reviewed policy research reports and academic journal articles and been a visiting fellow at Harvard’s Center for European Studies.