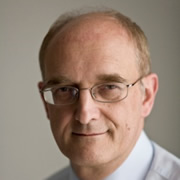 Sir Leszek is a Chair of Cancer Research UK and former Vice-Chancellor of the University of Cambridge. He was Chief Executive of the UK’s Medical Research Council from 2007, and from 2001 to 2007 was at Imperial College London, where he served as Principal of the Faculty of Medicine and later as Deputy Rector.

As Deputy Rector of Imperial College, Sir Leszek was responsible for the overall academic and scientific direction of the institution, particularly the development of inter-disciplinary research between engineering, physical sciences and biomedicine.

Concurrently with his position at Imperial College, Sir Leszek was also Governor of the Wellcome Trust (2006-2007), Chairman of the UK Clinical Research Collaboration’s Integrated Academic Training Awards Panel (2005-2007), and Chair of the HEFCE RAE Main Panel A Assessment Panel.

Professor Borysiewicz was knighted in the 2001 New Year’s Honours List for his contribution to medical education and research into developing vaccines, including work towards a vaccine to combat cervical cancer.