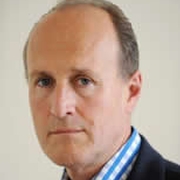 He recently led an independent review into the UK’s creative industries as part of the government’s Industrial Strategy and sits as a non-executive board member of UK Research and Innovation (UKRI).

Peter also serves on the Advisory Boards of BBH and YouGov. Previously he sat on the boards of Aim-quoted YouGov and Endemol, when listed on Euronext.

Peter is currently Chair of the Baillie Gifford Non-Fiction Book Prize Trustees and President of the Crossness Engines Trust. From 2013 until 2017 he was Chair of Arts Council England. He was also a Non-Executive Director of the DCMS.

Peter’s book about the business of TV formats, Billion Dollar Game, came out in 2005, and in 2017 he published The Empathy Instinct.