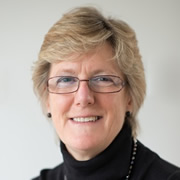 Dame Sally is Master of Trinity College in Cambridge and also a Special Envoy on AMR (antimicrobial resistance) for the UK Government.

Dame Sally was formerly the Chief Medical Officer (CMO) for England and Chief Medical Advisor to the UK Government from March 2011 to September 2019.

Dame Sally is an independent advisor to the UK Government on medical matters, with particular responsibilities regarding Public Health.

From 2004-2016, Dame Sally was the Chief Scientific Adviser (CSA) for the Department of Health (DH), where she was actively involved in NHS R&D from its establishment and founded the National Institute for Health Research (NIHR). In 2013, Dame Sally became a Non-Executive Director of Genomics England Ltd, wholly owned and funded by DH, to sequence 100,000 whole genomes from NHS patients by 2017.

Dame Sally was a member of the World Health Organization (WHO) Executive Board 2014-2016 and has led delegations to WHO summits and forums since 2004. She advises many governments and organisations on health and policy, holding positions on a number of boards.

Dame Sally advocates globally on AMR. She has spoken on AMR at numerous events including, the World Health Assembly side events, the G8 Science Ministers’ meeting in 2015, the Global Health Security Initiative in 2015, and the UN General Assembly side event in 2016.

She was chair of the 2013 AMR forum at the World Innovation Summit for Health (WISH) and is chair of the WHO Strategic and Technical Advisory Group on AMR. Most recently, Dame Sally has been appointed a co-convener of the UN Inter-Agency Co-ordination Group on AMR, set up in response to the AMR declaration made at UNGA 2016.

Dame Sally received her DBE in 2009. She was elected Fellow of the Royal Society in 2014 and a member of the National Academy of Medicine, USA in 2015.