ARCHER2 will increase the pace and productivity of research 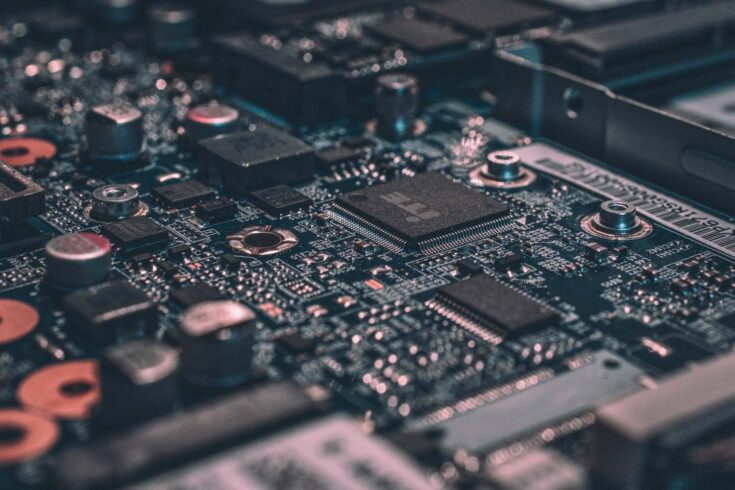 We discuss the importance of high performance computing and the UK’s next national research supercomputer.

As a professor of High Performance Computing at the University of Bristol, for the past few years I have been lucky enough to be a member of the ARCHER2 Project Board, which has responsibility for delivering the UK’s next national research supercomputer.

I’ve seen first-hand the amount of time and effort from an enormous number of people that it takes to buy and deliver this kind of supercomputer.

What is a supercomputer?

Supercomputers are the largest computers in the world and are able to process far more data and perform much more complex simulations than is possible on normal computers.

Supercomputer performance is often measured by the number of Floating-point Operations Per Second, or FLOP/s, that can be achieved. Computing performance has seen incredible gains over the last few decades, thanks to rapid advances in microelectronics design and manufacturing.

For example, in 1964 the Cray CDC 6600 could perform around three million floating point operations per second, which at the time was regarded as incredibly fast.

Fast forward to the present day and the Apple iPhone 11 is capable of a performance of around 60 billion floating point operations per second, over 25,000 times more powerful than the 1960s supercomputer.

And supercomputers have also benefited from the same improvements in electronics, with today’s systems dwarfing the performance of what was possible even five years ago.

The next national supercomputer

In October 2019, UK Research and Innovation (UKRI) announced the procurement of the UK’s next national supercomputer, ARCHER2 (National Archives). UKRI invests in supercomputers to allow researchers to run simulations and calculations that require large amounts of computing power.

Traditionally scientific research was performed in a lab, perhaps with a computer interpreting results, but research in many disciplines is now heavily dependent on specialist supercomputers to perform experiments entirely virtually.

Being able to model and simulate real world problems enables the exploration of new areas that cannot be addressed by experiment alone.

ARCHER2 will have a peak performance estimated at 28 x 1015 FLOP/s, about as much performance as a quarter of a million modern laptop computers all working together, or ten billion times faster than the 1964 Cray supercomputer.

ARCHER2 will also provide an eleven times increase in performance over current service ARCHER, offering a tremendous benefit to the UK’s science community by enabling them to solve important problems that weren’t possible until now.

ARCHER2 is a joint investment by the Engineering and Physical Sciences Research Council (EPSRC) and the Natural Environment Research Council (NERC), on behalf of UKRI. It is currently being built by the supercomputing company Cray/HPE, and being delivered in two phases, with the full system due to come into service later in 2020.

After many years of faithful service, the current supercomputer, ARCHER, is due to be decommissioned soon. Much has been achieved on ARCHER in the last six years across diverse areas of EPSRC and NERC research.

Breakthroughs have been made in areas including fluid dynamics in aircraft engines, modelling of new battery materials at the atomic level, prediction of how drug molecules interact with a protein, simulations of over 1,200 years of wind in the North Sea, and predictions of coastal flooding.

I have personally been involved with a number of projects on ARCHER, including one with colleagues from the University of Bristol to design and develop synthetic ‘nano-cage’ molecules that can be used to deliver drugs with pinpoint accuracy inside the human body.

A more recent project called ASiMoV with Rolls-Royce is aiming to achieve the world’s first high-fidelity simulation of a complete gas-turbine engine during operation, simultaneously including thermo-mechanics, electromagnetics, and computational fluid dynamics.

The incoming ARCHER2 puts world-leading capabilities in the hands of UK-based scientists. And looking at what’s already been achieved on the first ARCHER system, it’s exciting to imagine what incredible breakthroughs are going to be achieved during ARCHER2’s lifetime.

By investing in ARCHER2, UKRI is able to benefit the thousands of users that already use ARCHER, while the significant growth in capacity will enable us to take on many more researchers whose work is increasingly reliant on supercomputers.

Computational simulation increases the pace and productivity of research and allows research outputs to be more rapidly translated into real impact for industry and society. We can’t wait to see what ARCHER2 enables!