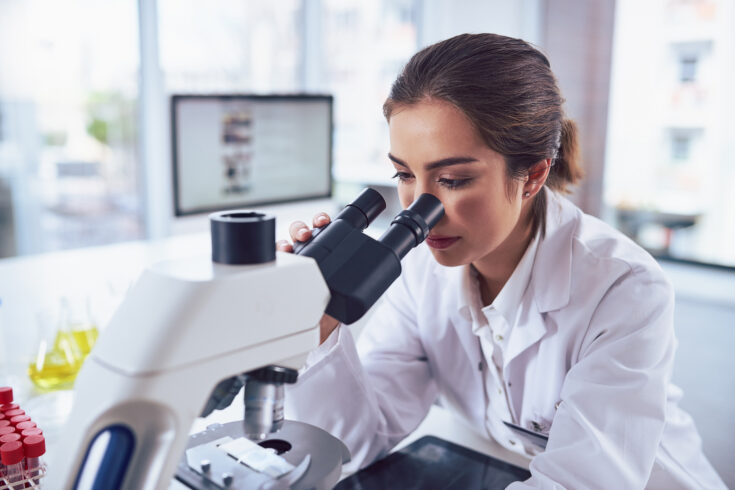 Frontier bioscience research is getting a £17 million boost from BBSRC through its strategic longer and larger grants (sLoLa) programme.

The funding will support over 50 established and aspiring research leaders within four world-class teams from 10 research organisations as they pursue ambitious, interdisciplinary projects. These are aimed at advancing our understanding of the fundamental rules of life.

By pursuing great ideas and undertaking dynamic interdisciplinary research, these collaborations will assemble the people, skills, and cutting-edge technologies necessary to tackle complex interdisciplinary problems in innovative ways. This will also advance the frontiers of bioscience knowledge.

The teams aim to:

BBSRC is committed to supporting curiosity-driven research that seeks to understand fundamental concepts in bioscience.

The projects for which we have just announced funding will push the frontiers of knowledge in a range of cutting-edge research areas and will further strengthen the UK’s reputation as a leading nation in bioscience.

All cellular life uses a universal genetic code that provides the informational link between genes and their protein outputs.

This DNA code has 64 codons which enable 20 amino acids to be assembled into proteins.

Is the universal genetic code the product of early optimisation, or a ‘frozen accident’ of evolution? Could the code be ‘re-written’ to include novel amino acids that can then be incorporated into new-to-nature proteins?

This project will use the small chloroplast genome (the ‘plastome’) of the green alga Chlamydomonas to probe these important questions.

The team will create a minimal plastome which employs as few as 51 codons, freeing up codons for exploitation.

They will then use the spare codons to investigate alternative arrangements of the genetic code and determine whether these codons can be used to encode additional amino acids.

As well as providing fundamental insight into the evolution and function of the universal genetic code, the team will engineer the Chlamydomonas chloroplast as a sub-cellular factory. This could be used to produce novel proteins of biotechnological importance.

This project is led by Professor Saul Purton, and is a collaboration between:

Proteins lie at the heart of the cellular functions that enable life.

Most of the approximately 20,000 proteins encoded by our genome will be modified by one or more post-translational modification (PTM) during their lifecycle, and this can affect how the protein functions.

Unfortunately, many PTMs currently remain ‘hidden’ because of limitations in current technology.

This project aims to develop a next-generation approach which will allow researchers to routinely identify the vast array of functional modifications made to proteins.

The team will bring together three complementary new technologies:

This is to enable identification of individual protein variants within single cells and then apply their approach to better understand the role of phosphorylation in bacteria.

This transformative technology will be developed using cutting-edge machine learning methodologies and has the potential to be used to identify new drug targets to combat antimicrobial resistance or cancer.

This project is led by Professor Justin Benesch, and is a collaboration between:

The circuitry of life

The capture, transfer, and storage of energy in living systems relies on the movement of electrons by protein complexes called oxidoreductases.

These complexes, which are key to both photosynthesis and cellular respiration, work together to form electron transport chains. These can interconvert energy into forms usable by life through a series of ‘redox’ reactions.

Exploiting recent advances in protein engineering, computational modelling, and virtual reality, this project aims to build a picture of how redox reactions work at a biophysical level.

The team will design novel oxidoreductase complexes and work to improve their performance in bio-realistic settings like synthetic protocells.

By learning as they build, the team will derive the first principles necessary for unlocking the potential of engineering biology at a range of scales.

In the longer-term, novel oxidoreductase complexes have a wide range of potential applications including:

This project is led by Dr Ross Anderson, and is a collaboration between:

How do evolutionarily ancient and newer brain systems interact to guide behaviour?

Ascending neuromodulatory systems are brain systems present in all vertebrates that are critical in guiding behaviour.

However, human and other primate brains also contain a more recently expanded cortical region called the prefrontal and cingulate cortex that has a similar role.

Understanding the interplay between these two related systems will lead to a more sophisticated understanding of the body’s most complex organ.

This project will study how different networks and circuits interact between the two brain systems during complex tasks, using advanced neurotechnologies and brain imaging.

The team will use state-of-the-art computational models to integrate local and whole scale brain recordings with the behaviour in the cognitive tasks to build a robust understanding of complex cognition.

Alongside advancing our understanding of complex cognition, this project will generate data which may have implications for understanding mental health and in guiding the next generation of algorithms used in artificially intelligent agents.

This project is led by Professor Matthew Rushworth, and is a collaboration between:

Advancing the frontiers of bioscience discovery is a strategically important objective of the BBSRC delivery plan.

The longer-term, larger-scale support offered through the sLoLa scheme enables BBSRC to take ‘bigger bets’ on ambitious programmes in transformational areas of research.

By supporting creative, curiosity-driven research at the limits of our current understanding, BBSRC aims to catalyse exciting discoveries that may have far reaching implications for science, society, and the economy.

This is the third round of sLoLa funding since the scheme relaunched in 2018 and brings its total investment in fundamental bioscience to £45 million.

BBSRC plans to invest up to a further £16 million in a fourth round which is ongoing.

Use of animals in research

Read about the use of animals in research (PDF, 64KB).