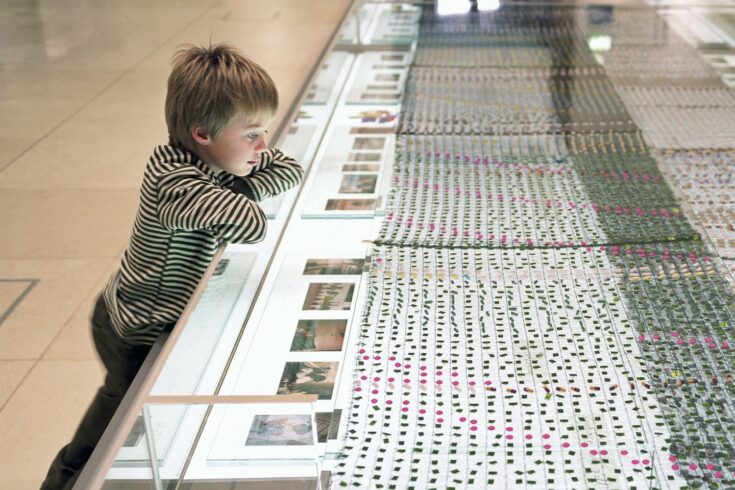 A new exhibition at the Glasgow Science Centre presents creative ideas about how museums and galleries might address the challenges of the climate emergency.

Running from 25 June, ‘Reimagining Museums for Climate Action’ explores how museums can help society make the deep, transformative changes needed to achieve a net-zero world, as well as addressing their own carbon footprints.

Funded by the Arts and Humanities Research Council (AHRC), the exhibition will remain in place until November, coinciding with COP26, the United Nations Climate Change Conference.

The exhibition is integrated within the Powering the Future display at the Science Centre to highlight the crucial role that people, ideas and cultural institutions have to play in shaping the world of tomorrow.

The exhibition presents a range of proposals for how museums could support meaningful climate action.

It features a range of new ideas about:

Some of these ideas are speculative, even fantastical, while others are already being implemented.

A design and ideas competition

This exciting initiative began life as a design and ideas competition, launched on 18 May 2020 for International Museum Day.

Over 250 submissions were received from 48 countries, with proposals from:

The eight successful teams were then invited to develop their ideas for the exhibition at Glasgow Science Centre.

There have been proposals from Brazil, Indonesia, Singapore, the United States and the UK. The global scope of the proposals shows that museums have an important role to play in addressing climate change at an international level, tailored to their local context.

The exhibition will make an important contribution to Glasgow Science Centre’s overall climate change programme, which aims to inform, inspire and empower people of all ages and backgrounds to engage with COP26, and take action on climate change in their own lives.

It has been incredibly stimulating to work with the eight winning teams, the Glasgow Science Centre, and Polytechnic, the exhibition designers, to showcase the range of innovative and creative responses to our original call for concepts to explore the potential for museums to become catalysts for climate action.

The exhibition will be accompanied by a series of talks, workshops and other activities in the lead up to, and during the time of COP26 itself.

Find out more about this project by listening to the Climate Change and Heritage episode of the AHRC and BBC Radio 3 Green Thinking podcast. The Green Thinking series explores issues linking climate challenge and society, in conversation with some of the UK’s leading researchers.

It is funded by the Arts and Humanities Research Council (AHRC), part of UK Research and Innovation (UKRI) as part of Rodney Harrison’s Heritage Priority Area Leadership Fellowship and Colin Sterling’s UKRI/AHRC Innovation Fellowship. The project aims to support radical climate action in and with museums before, during and after COP26.

The exhibition is composed of an introduction and eight individual exhibits which were developed by eight competition winning teams in consultation with the curators. These include the following:

This imagines a new kind of contemplative museum space where climate action is materialised in the very structure and experience of the building.
(Isabella Ong & Tan Wen Jun, Singapore)

Elephant in the room

This asks how a traditional museum might evolve to address the contemporary challenge of sustainable travel in an inclusive way.
(Peter Webber, Alexander Goodger, Matthew Wong, Wendy Maltman and Katherine Southern, UK)

A series of collective, non-statistical evidence

This asks what it would mean to confer museum status on existing Indigenous lands in forests and other places that play a key role in climate action.
(Takumã Kuikuro & Thiago Jesus, Brazil/UK)