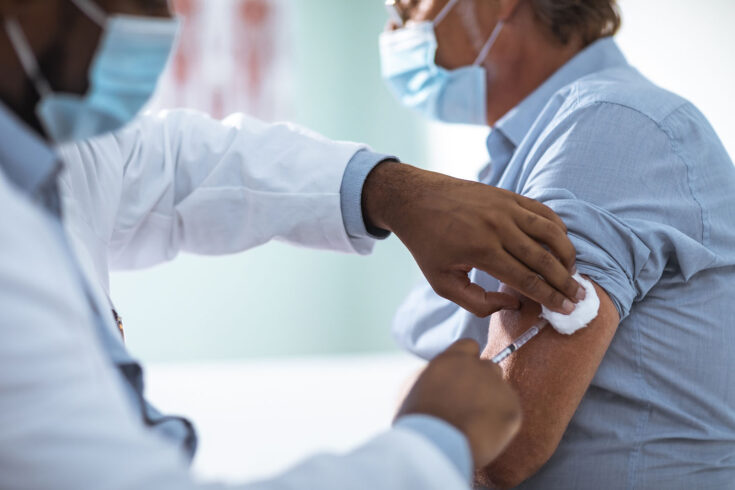 Immunologists funded by the Biotechnology and Biological Sciences Research Council used mice to find out the effect of age on the immune response to the Oxford vaccine.

Older people have a higher risk of becoming seriously ill with COVID-19 and needing intensive care. It’s therefore essential that any vaccine performs effectively for them, and protects them from the virus.

A new study published in Med improves our understanding of the differences in how older and younger immune systems respond to the Oxford vaccine.

Response at the cellular level

As we get older, our immune system function declines and we become more vulnerable to infectious disease.

The current pandemic has highlighted how much of a health imbalance this can cause.

This work has allowed us to analyse the immune system response to the vaccine at cellular resolution and learn more about how age affects this.

The study was a partnership between the Linterman lab (Babraham Institute), experts in the effects of age on immune system function, and Dr Teresa Lambe’s team, which developed the Oxford vaccine at the Jenner Institute.

Even though ageing in mice and humans happens on different timescales, many of the biological changes that occur in the immune system with age are seen in both mice and humans.

Previous research using mice has shown that strategies to boost immune responses in older mice are also effective in humans.

The institute researchers found that a single dose of the ChAdOx1 nCoV-19 vaccine was sufficient to trigger an immune system response in older mice. However, the response was reduced when compared to the vaccine response in younger adult mice.

The research closely analysed the different immune cell types that form the body’s overall ‘surveillance’ system and the cells that specifically identify and kill infected cells.

Following the initial vaccination with a second booster dose one month later enhanced the immune response in older mice, overcoming the deficiency of the first response.

Stimulating the production of long-lived antibodies is key to securing longer-term immunity.

While the aged mice initially showed a compromised ability to produce these, a booster dose of the vaccine improved this response.

These findings agree with the Oxford vaccine’s phase two trial data showing two doses are required for younger and older people to have a similar immune response to the vaccine.