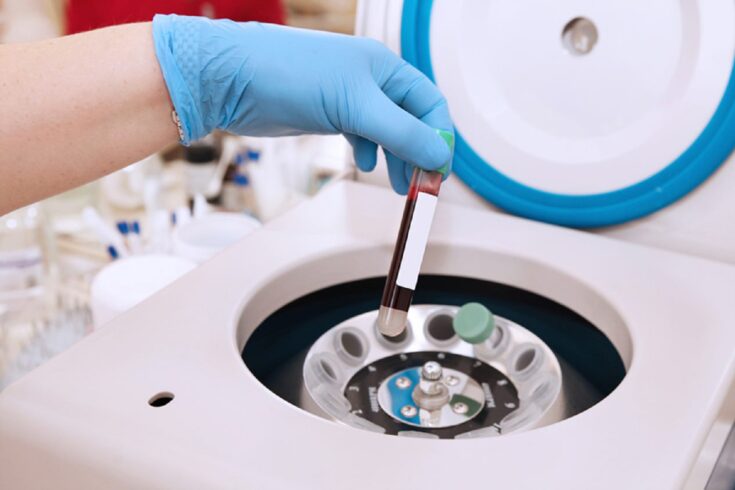 The Future Vaccine Manufacturing Research Hub – based at Imperial College London and led by Professor Robin Shattock – is at the centre of the urgent work to research, develop and manufacture a vaccine for the COVID-19 virus.

The hub is one of two within the UK Vaccine Network, funded by the Department for Health and Social Care and supported by the Engineering and Physical Sciences Research Council (EPSRC).

Both hubs are dedicating efforts towards a vaccine for SARS-CoV-2, the scientific name of the virus, using different strategies.

The Future Vaccine Manufacturing Research Hub was established in 2018 by EPSRC to develop modular methods that allow fast-developed vaccines for pathogens with higher infection rates in low-income countries.

It was awarded UK aid funding by the Department of Health and Social Care’s UK Vaccine Network, which is additionally supported through the Medical Research Council and the Biotechnology and Biological Sciences Research Council.

The network provides funding to develop candidate vaccines for priority pathogens and to develop technologies and processes to support vaccine manufacturing and delivery in low- and middle-income countries.

Vaccines must be safe, robust and – especially today – developed quickly.

The first two metrics are regulated within strict criteria by the Medicines & Healthcare products Regulatory Agency and international standards, while speed is where the Future Vaccine Manufacturing Research Hub has the edge.

Traditionally, most vaccines are manufactured by producing proteins called antigens, which can be cultivated using cells or eggs and require months to produce an adequate number of doses.

Another example of an established manufacturing method is based on yeast, which requires high-volume bioreactors as well as lengthy production times.

The Future Vaccine Manufacturing Research Hub’s unique approach is based on synthesising long chains of RNA nucleotides – which stands for ribonucleic acid – in weeks and in much smaller volumes than is typical.

The RNA ‘code’ is derived by examining sections of the virus’s genetic code – DNA or RNA – and identifying a section considered best to raise protective or neutralising antibodies, such as one that enables cell entry.

Research at the hub has focused on the S or ‘spike’ protein that allows the virus to enter cells, and is one of the most conserved sequences in the SARS-CoV-2 virus. The S protein antigen is a common primary target for protective antibodies to prevent the virus from infecting cells.

A vaccine made with the RNA method instructs muscle cells at the site of injection to make the S protein. This is then identified by the immune system and triggers the production of neutralising antibodies and T cells that are able to eliminate infected cells.

If deemed safe, this RNA-based approach has the potential to provide an accelerated route to a successful vaccine.

An effective vaccine must induce a reliable immune response over a long time and be able to block the entry of SARS-CoV-2 into a host cell.

The modular method of vaccine manufacturing developed by the hub was originally devised for fighting virus infections, such as hand, foot and mouth disease, rabies, and Rift Valley Fever, but is very suitable for a COVID-19 vaccine.

A phase I trial of a SARS-CoV-2 RNA vaccine developed by the hub’s Professor Robin Shattock is planned to begin in June 2020, followed by phase II trials.

The first paper describing the vaccine is now available from the journal bioRxiv.

The vaccine is designed to amplify within the muscle following injection, based on the production of enzymes produced by other sections of the RNA template.

This ‘self-amplification’ only occurs for a short period, after which this element (known as self-amplifying RNA, or saRNA) naturally degrades.

However, the self-amplifying RNA can be used at 10 to 100 times lower doses than other nucleic acid-based vaccines, providing huge advantages for safety and manufacturability.

The means manufacturing of millions of doses of the saRNA can be accomplished in reactors in smaller, portable labs, better suited for low-income countries, or as a potential for more modular and rapid-responding approaches against new epidemics in the future.

We have engineered a version of the viral S protein that is stabilised to present the optimal target for inducing neutralising antibodies.

The blueprint for this protein is encoded in the RNA – essentially we are delivering the genetic instructions to the muscle cells telling them make the vaccine!

Another important focus for the hub is stability of the vaccine during transit to low- and middle-income countries. The main risk is temperature: typically a vaccine must remain in a 2 to 8°C environment.

Vaccines often require a cold chain to be distributed to another country. Team members within the hub, such as Professor Jason Hallett, are looking at new formulation opportunities to support vaccines being more stable over a higher temperature range.

At the same time, Professor Shah’s department is running digital models of the supply chain, to ensure vaccine manufactures can have more stable distribution.

We set up the hub to quickly develop vaccines to help developing world pathogens. We knew the capability would be suitable for an airborne pandemic, but we did not expect it to arise so soon.

We believe the RNA-based approach is the right one for a rapid and flexible response.

Vax-Hub is the other vaccine hub supported by the Department for Health and Social Care and EPSRC, a collaboration between UCL Biochemical Engineering and the Jenner Institute at the University of Oxford.