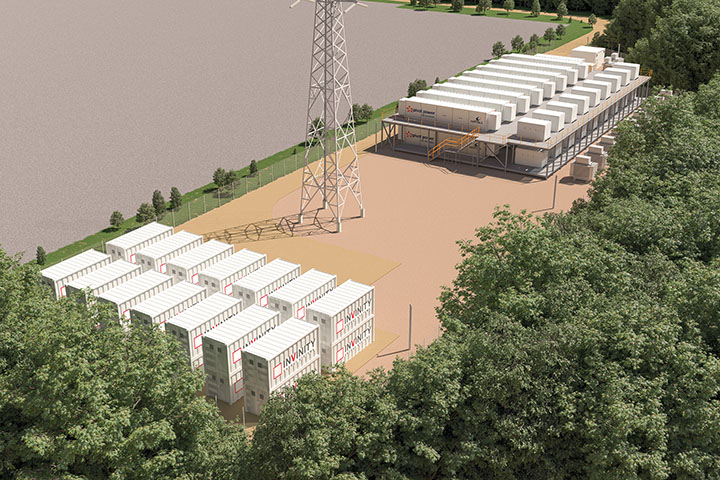 This urban decarbonisation project funded by UKRI’s prospering from the energy revolution challenge is helping Oxford in its drive to reach net zero by 2040.

An innovative and ambitious infrastructure project in Oxford aims to save 10,000 tonnes of carbon dioxide emissions in its first year. This is the equivalent of taking 2,000 petrol or diesel cars off the road, rising to 25,000 tonnes per year by 2032.

ESO will help Oxford City Council’s response to the climate emergency. The project will also provide a model of smart local energy for cities around the UK to cut carbon and improve air quality.

Part-funded with £11 million from UK Research and Innovation’s (UKRI) prospering from the energy revolution challenge, the four-year project draws on the expertise of:

Video credit: UKRI
On-screen captions and an autogenerated transcript are available on YouTube.

Tim Rose, Programme Manager for ESO at Pivot Power, which is leading the project, explained:

ESO is pioneering an integrated approach to local energy systems with innovations to decarbonise power, transport and heat, all managed and optimised with machine-learning technology.

A first-of-a-kind battery has been developed that combines traditional lithium-ion with vanadium redox flow systems to create a high-power battery with a greater lifespan.

Connecting to a high-voltage network

The UK is producing more renewable energy, such as wind and solar, but these are intermittent power sources. Batteries help store the energy when the wind is blowing and sun is shining for use at peak demand times.

Uniquely, the ESO hybrid battery is connected to the National Grid high-voltage network where it can help stabilise the grid as more renewable power is introduced.

The creation of an electric vehicle (EV) charging network is also connected to the National Grid’s high-voltage network. This will bring an unprecedented amount of power to Oxford for charging of electric cars, taxis, trucks and buses at key locations across the city.

Connecting to the high-voltage network enables ultra-fast charging of large numbers of vehicles.

In early 2022 we will open the UK’s biggest and most powerful public charging hub at a park-and-ride, offering rapid charging for hundreds of cars a day, as well as power for Oxford Bus Company’s electric fleet in future.

The project has also invested in 40 EVs for the council, including sweepers and a bin lorry. It is engaging local taxi drivers with a try-before-you-buy scheme to encourage the transition to EVs.

Developed by Oxford-based company Habitat Energy, the machine-learning technology gathers real-time data from energy markets. It uses this to trade energy to and from the hybrid battery, delivering revenues and supporting the operation of the EV network.

It will also be used to help manage the EV networks, such as scheduling the optimum time for buses or council vehicles to charge that will have them ready in time for service, but at the most economical cost.

ESO has retrofitted 57 ground-source heat pumps into social housing in an estate in the south of the city. The new ‘shoebox’ heat pumps are neat enough to fit into smaller properties. They have smart controls that learn the heating preferences of the occupants and balance it with information about the building’s thermal properties.

The technology also identifies the best time to buy and use electricity on a dynamic tariff, delivering cost-savings to residents, as well as reducing carbon.

The project demonstrates the scale of ambition, innovation and collaboration that is needed to tackle the climate crisis.

ESO has already secured funding to replicate the model in Coventry and Birmingham, with plans underway for other towns and cities in the UK.

ESO is providing impact at the individual, local and national scale, from benefits to residents with reduced heating costs and charging of EVs, through to cleaner air and a low-carbon infrastructure for Oxford.

It’s also acting as a roadmap for other cities around the UK to deliver their net-zero ambitions and that’s when we’ll really start to multiply the carbon benefits we so urgently need.

Energy Superhub Oxford is a four-year project backed by UKRI’s prospering from the energy revolution challenge which is helping Oxford to reach net zero by 2040.

The project is pioneering an integrated approach to decarbonising power, transport and heat across the city to cut carbon emissions and improve air quality.

Find out more about the project at: Energy Superhub Oxford.