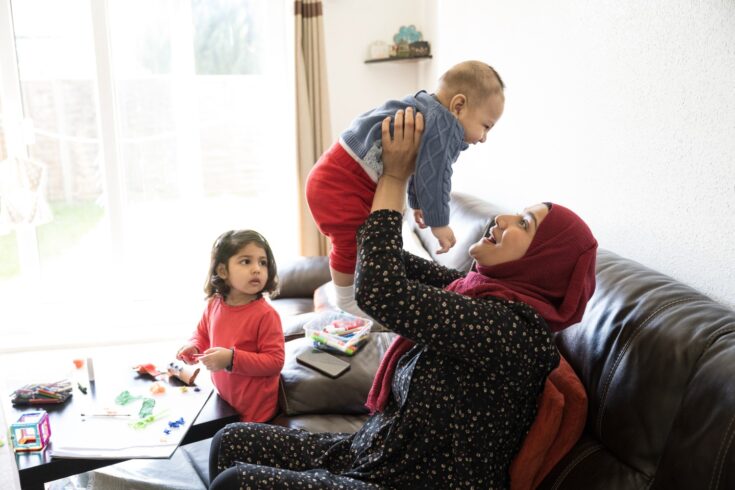 Jane Millar’s deep understanding of social policy has enabled her to evaluate and inform the social security provisions on which the people in the UK depend.

Many people receive support from the state at some point in their lives. Social security benefits are a key part of the welfare state, and the social security system directly affects the incomes and living standards of millions of people.

Over the last 4 decades, Professor Jane Millar’s OBE rigorous research to bear on government policies that touch the most important aspects of people’s lives, their financial security and stability, living standards, access to employment, wellbeing and quality of life.

Professor Millar’s research into the realities of life for lone-parent families has been instrumental in the development and evaluation of policies designed to help lone parents move into, and remain in, work.

Her initial investigation of lone parents’ living standards in the 1980s, followed by further longitudinal research with Professor Tess Ridge with lone mothers and their children between 2002 and 2017, was instrumental in the design and delivery of the Labour government’s New Deal for Lone Parents, Tax Credits and policies to help lone mothers remain in work.

Their evidence helped to shape measures such as the introduction of personal advisers and support packages to help in the transition to work which contributed to the large increase in the lone-parent employment rate throughout the 2000s.

Professor Millar has also focused her wide-ranging expertise on Universal Credit, a major policy change in the UK’s social security system that merges 6 means-tested benefits for people in and out of work into a single award paid monthly in arrears.

Since the start of the Universal Credit roll out in 2013, her input has contributed to the introduction of mitigating measures to smooth difficulties experienced by some of the 4.8 million households now in receipt of this new monthly award.

These measures include placing a limit on deductions for previous tax and benefits overpayments, and the provision of advances to help cover the long wait time before first payments are received.

The Department for Work and Pensions (DWP) recognises the value of Professor Millar’s longitudinal qualitative research to its emerging Universal Credit policy.

DWP staff have joined the advisory group for her ESRC-funded longitudinal study into how couples are balancing work, care and finances in relation to changes under Universal Credit. Under this new system, couples living together are treated as a single assessment unit and cannot claim Universal Credit as individuals.

This study, carried out with Dr Rita Griffiths and Marsha Wood (at University of Bath) and Professor Fran Bennett (at University of Oxford) found that the real-world complexities of arranging work, care and household finances did not necessarily fit with policy assumptions on how the new system would change recipient behaviours.

This topical project provided DWP with timely input on key areas of concern to couples such as how Universal Credit accommodated fluctuating earnings, and issues related to debt recovery when relationships break down.

Building the case for longitudinal research

Professor Millar has also built a strong case for rigorous longitudinal qualitative research, convincing policymakers of the need to understand the dynamic nature of the relationship between policy and everyday lives.

Supported by world-class colleagues, she has developed this understanding based on many years of ongoing engagement with politicians, advisers, civil society organisations, committees of the Houses of Parliament, non-governmental organisations and international organisations.

Research engagement and impact are not solo endeavours but very much about working with other people.

I have been very privileged to have worked with many wonderful colleagues, who have shared my research interests and my commitment to understanding policy and policy change.

Experiencing all sides of the benefits system

Professor Millar experienced the benefits system first-hand during a period of unemployment following university and, shortly after, the public sector in action while working in financial administration for the NHS. This was followed, a few years later, by her insider’s view of the policymaking process as a researcher at the Department of Health and Social Security (now Department for Work and Pensions).

All these experiences underpin Professor Millar’s profound appreciation of the policymaking process, the political, economic and legal constraints under which policymakers and the public sector must work and, crucially, the challenges of designing social security policies that work for individuals and families on the ground.

Much of my research has been about exploring the gaps between the realities of life on a low income, and in low-waged and often insecure employment, and the assumptions underlying policy prescriptions and theories of behavioural change.

The keys to impact

Connections with academic colleagues, from the UK and abroad; with policy-makers, strengthened ideally by time spent in government departments via placements or secondments; and with third sector charities, such as the Child Poverty Action Group of which she is currently Chair of Trustees.

Impact can take many years to achieve and, as much as the policies we do influence, impact can equally mean a policy not taken thanks to potential problems identified by research.

In my career, influencing the policymaking process has been about having many, many conversations, with the right people, often repeating the same messages while finding new ways to get the key evidence points across.

Making a difference to millions of lives

From her innovative and influential ESRC-funded research on lone parenthood to her more recent contribution to Universal Credit design and debate, Professor Millar’s ability to ensure the key points are heard has made a profound difference to millions of people’s lives.

Her strongly-held belief that the benefit system must be about security as much as adequacy, and that welfare benefits must allow for the complexities of people’s real-life situations is increasingly understood by policymakers.

Professor Millar’s work has helped ensure that the importance of policies which provide a stable and secure income while also taking account of the challenges people face, cannot be underestimated.

Emeritus Professor Jane Millar has worked with many analysts and policy officials in the Department for Work and Pensions (DWP) for more than 40 years.

Her long standing and in-depth understanding of social security and labour market policies has helped further the knowledge base on which today’s welfare policies are built.

She has led the way in applying academic knowledge into the policy arena in an understandable way, which has had lasting impact in policy officials engaging in complex and difficult policy issues.

Read about her research interests.