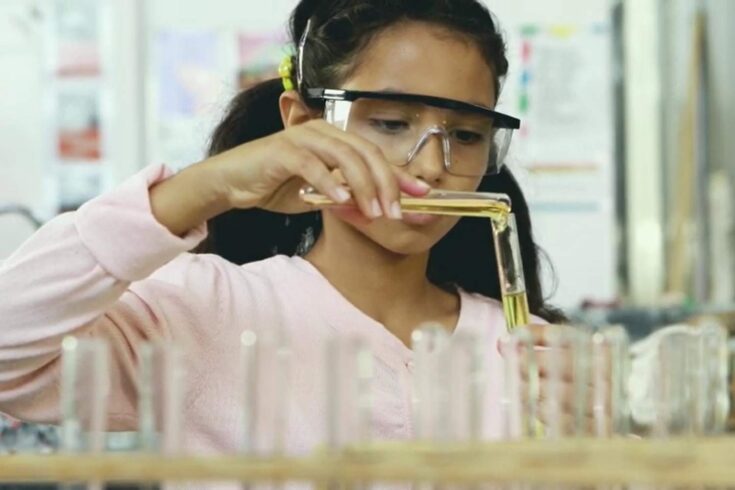 Research has led to education policies that get more young people from diverse backgrounds to engage with science, reaching over 600,000 students in 20 countries.

Increasing young people’s participation in science, technology, engineering and mathematics (STEM) is a priority for the government, education and business sector in the UK and worldwide. More participation not only boosts economic competitiveness, but also supports equality, social mobility and fairness.

Currently women, lower income groups and some minority ethnic communities are severely under-represented in STEM. For instance, approximately 75% of students taking A level physics come from only 25% of schools; and only 20% of A level physics students are girls.

A research team led by Professor Louise Archer at the UCL Institute of Education has been exploring the drivers behind this disparity. The insights gained have already influenced educational policies aiming to address the gap.

Two ASPIRES projects spanning 2009 to 2018 form a ‘longitudinal’ study that has tracked the same cohort of young people from age 10 to 19. The study aims to understand what influences the science and career aspirations of these young people.

To date Professor Archer’s research team has surveyed more than 40,000 students and conducted over 650 interviews with students and parents. The surveys revealed that despite most young people finding science interesting, only about 16% wanted to continue with science after age 16 and progress to a science-based career.

“We found that the popular association of science with ‘cleverness’ and being ‘brainy’ plays a part in perpetuating inequalities in participation,” said Professor Archer. “These messages are conveyed not just through the media, but also through school science.”

The research team developed the concept of ‘science capital’ – identifying all the science-related resources (or ‘capital’) that a person might have – to explain the different patterns of science aspiration and participation. These include:

The research showed that the more science capital a young person has, the more likely they are to continue with science after age 16 – and that gender, ethnicity and social class inequalities affect the likelihood of having high science capital.

The concept of science capital has had an increasingly prominent influence on policies and practices across the globe, both inside and outside education.

The ASPIRES research has significantly impacted STEM education policy and practice, changing the emphasis from ‘increasing interest’ to ‘building science capital’. This encourages teachers to use pupils’ everyday experiences and demonstrate how science is relevant to all aspects of life and work.

The concept of science capital has informed STEM education policy in more than 10 countries including Scotland, Australia, New Zealand, Norway and Malta, as well as the UK Department for Education’s Careers Strategy and ‘Your Life’ campaign.

Following on from the research, STEM outreach programmes for schools have been revised by the Institute of Physics, Royal Society of Chemistry, Science Council and numerous other institutions in the UK and worldwide.

Findings from the ASPIRES project formed the basis of the Science Capital Teaching Approach, which has reached more than 600,000 students worldwide through 4,000 teachers and is being taken up in 18 countries. Schools implementing this approach showed significant increases in student science capital (particularly among the most disadvantaged students) and the percentage of young people planning to take one or more science A levels.

Science capital is now a criterion within the Primary Science Quality Mark for science education in primary schools, reaching 240,000 pupils and 9,000 teachers across the UK annually.

“There’s been a revolution in the UK in the quality of thinking and decision-making based on the findings of ASPIRES,” said Charles Tracy, head of education at the Institute of Physics. “This improved thinking is leading to better projects and positive impact on participation and attainment.”

It has also influenced science programmes and initiatives including:

Science capital’s influence outside the classroom

Professor Louise Archer and her colleagues were finalists for Outstanding Societal Impact category in the ESRC Celebrating Impact Prize 2019.

Read about science capital and Enterprising Science research on the UCL Institute of Education website.

Watch an introduction to science capital video on YouTube.

Read about the ASPIRES research projects on the UCL Institute of Education website.