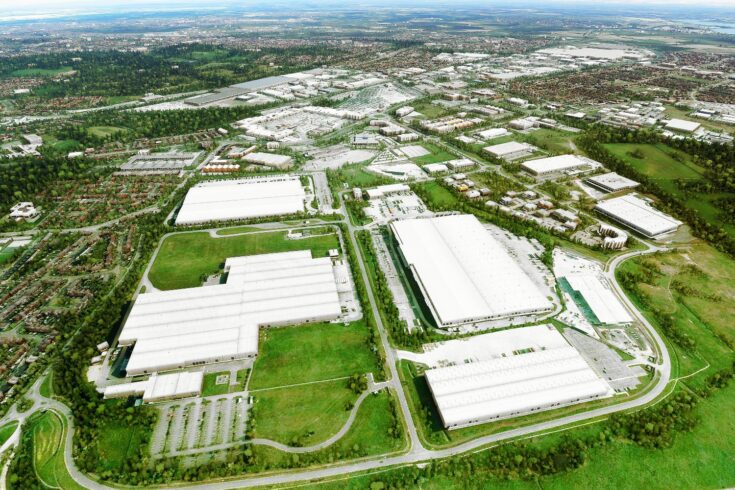 With support from the Industrial Decarbonisation Challenge, the compact industry cluster in the Tees Valley is mapping a route to net zero, but not in isolation.

Among all the UK industry clusters that are developing plans for decarbonising, the Tees Valley is unique in its compactness. A tightly packed set of industries, within a five-mile radius, includes some 40 or so that emit CO2 and 20 that do so in significant quantities.

Between them they account for annual emissions of at least 3.1 million tonnes of CO2 (PDF, 1553KB), making the Tees Valley one of the UK’s largest clusters by emissions. However, there’s a lot of existing infrastructure that could be used to decarbonise the cluster, including pipelines and planned corridors for hydrogen, carbon dioxide and other industrial gases. And there’s a history of planning carbon capture and storage (CCS) in the area, predating the current work on a cluster plan by more than a decade.

Chris Robinson is Industrial Decarbonisation Project Manager at Tees Valley Combined Authority. He emphasises the fact that locking carbon away is only part of the picture:

To do industrial decarbonisation, you need to get rid of carbon. But you also need to replace carbon-emitting fuels and feedstocks with hydrogen or green electricity.

CCS in the area is well served, with good access to storage sites in the North Sea. Moving to a hydrogen economy is also promising, with industrial gas supplier BOC (based in the Tees Valley cluster) already producing nearly half of the UK’s industrial hydrogen. There are existing pipelines and other infrastructure for hydrogen, plus the knowledge and skills needed to use it.

Then for clean electricity, wind is part of the answer, as Chris Robinson said:

The UK leads the world in offshore wind, and the North Sea is a major contributor to this.

The Sofia and Dogger Bank C windfarm projects will soon be producing some 2.6 gigawatts of clean electricity (the equivalent of a large coal-fired power station), that will be brought onshore in Teesside.

The Net Zero Tees Valley cluster plan project is unique in some other respects too, Chris Robinson said:

Most cluster plan projects have partnership agreements with a few large industrial organisations at their centre.

With ours, we’re trying to engage all of Teesside’s industries, we’re talking to every emitter of CO2. We’re developing a modular plan, that can pull in industries of all sizes.

This is important for us to aggregate the CO2 reduction across the industrial cluster, and to show the impact that Teesside’s industries, such as bio-fuels, fertilisers, vegan foods and plastics have on the wider UK net zero targets.

The cluster plan that is being developed for the Tees Valley has at its heart a major deployment project, the East Coast Cluster that combines the Net Zero Tees Valley and Zero Carbon Humber projects with the Northern Endurance Partnership. This will transport and store CO2 in the Endurance aquifer under the North Sea, and it is a good example of the close cooperation that exists between the Tees and Humber clusters, in particular.

As well as being neighbours, we have similar industries and plans for our clusters. We’re closely integrated through the East Coast Cluster development, and in our cluster plans we’re exploring the synergies between us, our similar approaches to energy modelling, for example.

We’re also talking to the South Wales and Black Country clusters about carbon accounting, tracking where carbon comes from and where it goes to, which can be very complex. We’re not trying to do this in isolation and want to create a level baseline across the industrial clusters for these studies.

It’s important to capture all of the net zero stories in the Tees Valley, and that’s something we’re trying to do in our cluster plan project, showing that this isn’t just about getting rid of CO2.

There are companies with a big local presence that make biodiesel and bio-ethanol. They account for only a few percent of the region’s CO2 emissions.

Reducing their CO2 emissions has a relatively small impact on the total CO2 emissions in the region, but they have a crucial role to play if we are to get to net zero across the UK. There are a lot of stories like that in Teesside.

Net Zero Teesside is a collection of industrial, power and hydrogen businesses which aim to decarbonize their operations through the deployment of carbon capture utilisation and storage (CCUS).