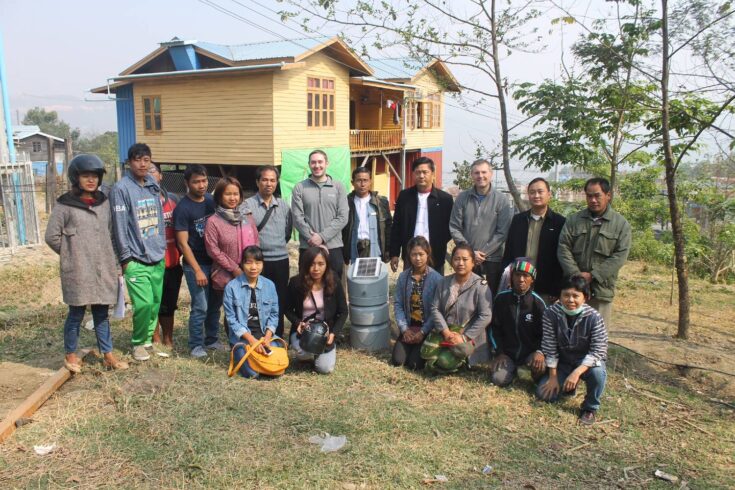 Landslides regularly occur worldwide and often have disastrous consequences for communities living and working in the area.

They happen when slopes become unstable leading to the movement of potentially huge amounts of soil, rock and other debris. Heavy rain, drought and deforestation can all lead to landslides, and climate change is increasing their occurrence around the world.

They can be hugely destructive causing:

Traditional landslide early warning systems were costly or had technical limitations, for example inclinometer-based systems or regional rainfall forecasting. So engineers from Loughborough University decided to come up with another solution and have designed an early warning system that is:

The Community Slope SAFE (CSS) is a low-cost warning system which has been developed in collaboration with UK based Datalink Electronics Ltd. Aimed at low- and middle-income countries in areas at risk of landslides, it is designed so local people in vulnerable communities can operate the system and respond to alerts.

Traditional landslide early warning systems were prohibitively expensive or had technical limitations. Our system ‘hears’ a landslide forming. It is useful for at-risk communities, as well as infrastructure owners and operators around the world.

A steel tube called a waveguide is driven into the slope in a landslide risk zone. Inside its protective cover is a solar battery-powered sensor.

The soil in and around the tube generates high-frequency noises known as acoustic emissions if the slope moves. These sounds are transmitted to the sensor, where the mechanical energy is converted into an electrical signal. If a threshold is exceeded, a warning is transmitted.

We developed the interpretation system to exclude low-frequency noise from sources like transport and agriculture, even heavy rain, to avoid false alarms.

The success of an early warning system depends on the context and the knowledge at hand. This isn’t a magic wand. Areas at risk still need a geotechnical engineer to understand the nature of the potential landslide and help predict its behaviour.

In 2018 the system was installed in Chin state in Myanmar where landslides had caused loss of life and damage to infrastructure. With help through a local radio appeal, 20 young volunteers were recruited and trained to install, operate and maintain the system.

The Chief of Party, Matthew Pietz, FHI 360, Myanmar (a not-for-profit organisation working to improve the health and wellbeing of people) said:

Over the last few years, this research has achieved multiple milestones:

In 2017 the system was trialled in a hilltop area of Kuala Lumpur, Malaysia. Local and national politicians attended briefings to find out how the system worked and its potential outcomes in areas with a history of slope failures.

In 2019 Dr Alister Smith was awarded the Philip Leverhulme Prize in engineering (£100,000) for researchers whose work has had international impact and whose future research career is exceptionally promising. 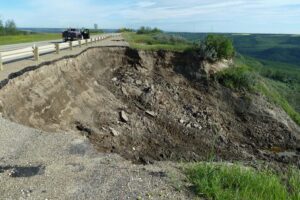 In 2019, Canadian firm RST Instruments, who also have an office based in the UK, launched the world’s first commercial acoustic emission slope monitoring system. They did this through a licensing agreement with Loughborough University.

In January 2020, following the instillation of the system in 2018, the Chin state government took over the responsibility for the CSS monitoring system.

It followed improvements to the system design which was supported by a local group called Community Care for Emergency Response and Rehabilitation (CCERR).

A coordinator from CCERR estimated that around 15,000 to 20,000 of the population of Hakha town benefits from the project.

The acoustic emissions approach is now being applied to other ground behaviour scenarios. Dr Smith explains:

We initially focused on landslides, but now we’re looking at the impact of ground movements on all sorts of critical infrastructure, from buried pipes to dams. Using acoustic emissions to monitor the health of infrastructure is an entirely novel approach. This could transform how we monitor geotechnical assets.

There is also a YouTube video available on acoustic emission monitoring of infrastructure.