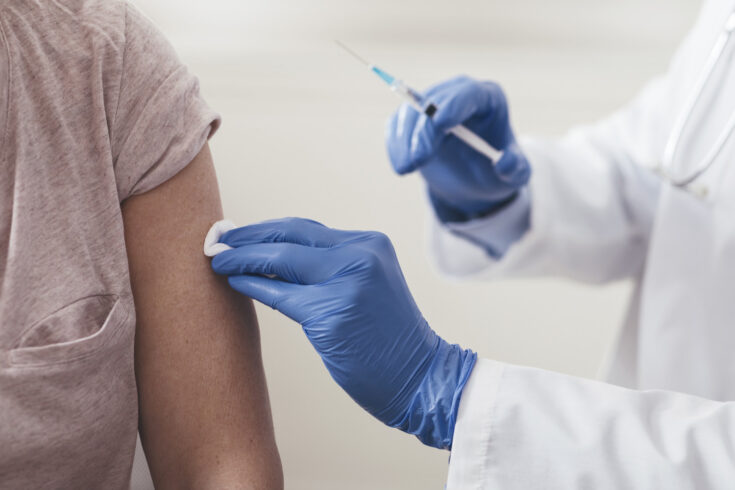 The World Health Organization (WHO) has pre-qualified Pfizer’s PCV13 pneumococcal vaccine for global use, based on a trial conducted by the MRC Unit The Gambia.

In 2008, the WHO estimated that 541,000 children under five years old died from pneumococcal disease worldwide; Africa accounted for 57% of these deaths. Worryingly, antibiotic resistance to pneumococcal infections is also increasing, highlighting the importance of safe and effective vaccine strategies.

A new vaccine called PCV13 developed by Pfizer in collaboration with Gavi, the Vaccine Alliance, provided new hope for treatment.

In 2016, the MRC Unit The Gambia conducted a vaccine impact trial of PCV13 working with the Ministry of Health and Social Welfare of The Gambia. The study on 14,650 patients showed that using PCV13 in the Gambian Expanded Programme on Immunisation reduced severe pneumococcal pneumonia, sepsis, and meningitis in children by 55%.

A recent analysis in 2017 showed that the use of pneumococcal conjugate vaccine (PCV) in The Gambia reduced x-ray proven pneumonia in children by 24%, pneumococcal pneumonia by 63%, and very severe pneumonia by 61%. The study, which enrolled 18,833 participants, also shows the real-life impact of introducing PCV in a developing country.

The vaccine was introduced under the Advance Market Commitment programme, for shipment to countries supported by Gavi, the Vaccine Alliance. The expanded availability will enable Gavi-graduated countries to access the same pricing until 2025.

Professor Beate Kampmann, Trial Director and Theme Leader for Vaccines and Immunity at the MRC Unit The Gambia, said:

The MRC Unit The Gambia generated the key data for both licensure and WHO pre-qualification, and we are delighted to see this product come to market so speedily, as it will influence the availability of the pneumococcal vaccines in resource-poor settings.

Read about the vaccine study on Gateway to Research.