Force of nature: solutions for net zero, economy and society 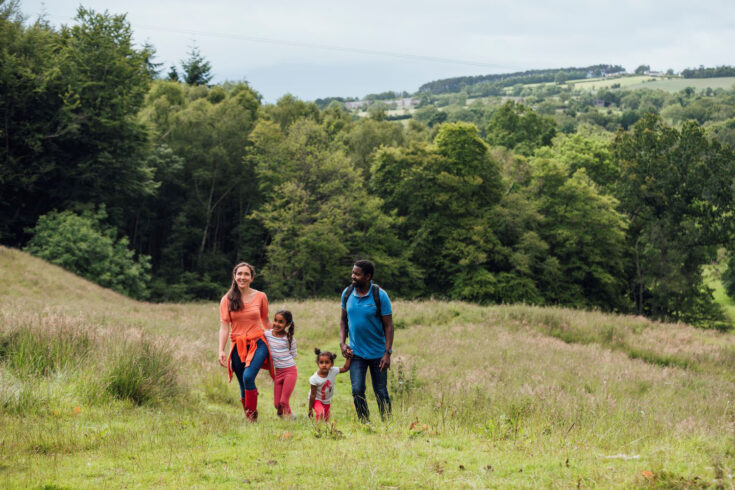 Environmental science enables government, business and society to protect nature effectively, boosting our economy, our journey to net zero, and our wellbeing.

Building on this strong impact, the Natural Environment Research Council (NERC) is leading investments that will drive a shift to a green, low-carbon economy, that embeds environmental considerations into our:

Nature is critical for human existence, economic prosperity, and a good quality of life. The ecosystem services on which we depend, such as pollination of our crops and regulation of our climate, are underpinned by nature.

Nature is worth £1.2 trillion plus to the UK economy, and we rely on it to boost our health and wellbeing.

Yet nature is under threat. One million species are currently at risk of extinction, including 15% of all UK species. To address this, the UK government has committed to restoring nature, with targets to halt British species loss, and protect 30% of terrestrial land and our oceans by 2030.

Research must drive a shift to a green, low-carbon economy, that embeds environmental considerations into our businesses, financial services, and nature conservation.

Key avenues of research include the below.

Isle of May seabird study since 1973, supporting expansion of the UK’s offshore wind industry.

Satellites offer huge potential for biodiversity research and monitoring, enabling much larger areas of the Earth to be analysed at a fraction of the cost and with less disturbance to nature.

The British Antarctic Survey (BAS) has developed techniques to count populations of species in hard to reach areas such as Antarctica from satellite images, which are now widely used to inform conservation.

NERC-funded facilities and research allow biodiversity data to be processed at unprecedented scales for more accurate pictures of biodiversity trends.

Supercomputing capability at the Centre for Environmental Data Analysis (CEDA) JASMIN facility has allowed models of UK wildlife population trends to be created from huge datasets.

NERC-funded science informs international policies that empower and encourage international governments, businesses, non-governmental organisations (NGOs) and communities to collaborate to conserve nature. It does this while helping the UK meet its international conservation commitments and deliver net zero.

Examples include the below.

NERC-funded researchers led the development of the International Union for Conservation of Nature’s (IUCN) Red List of Threatened Species. It is the world’s foremost tool for assessing the conservation status of animal, fungi and plant species, and currently includes over 138,000 species.

The Red List improves conservation outcomes, informs policy decisions, and allows conservation progress to be measured and celebrated. Listed critically endangered bird species, for example, are twice as likely to improve in status as they are to deteriorate and become extinct.

Bringing biodiversity leadership to the IPCC

NERC science and scientists play a key role in the reports of the Intergovernmental Panel on Climate Change (IPCC). These influence and underpin the climate policies of national governments, and landmark agreements such as the Paris Agreement in 2015.

87% of UK-based authors of the latest IPCC Working Group 1 Assessment Report were NERC, covering topics including the impact of climate change on:

These reports provide consensus on the latest biodiversity conservation science and inform actions by international bodies such as the UN and the:

Our science played a prominent role in the UK National Ecosystem Assessment (NEA), for example, which was a world first.

By quantifying the value of natural assets, the NEA promoted the uptake of natural capital accounting, and empowered the government to create markets enabling the private sector to invest in protecting the environment.

Techniques for valuing nature have since been included in the Treasury Green Book, which defines appraisal procedure for government investments.

Some examples are below.

Building back greener with bees

NERC-funded research revealing drastic declines in wild insect pollinator species caused by neonicotinoid pesticide use in agriculture underpinned UK and EU bans. Safeguarding £430 to £603 million worth of ecosystem services delivered to UK farms, as well as the biodiversity they support.

The UK rat control market, worth £230 million annually to the UK economy, can operate thanks to NERC-funded monitoring that ensures the use of rodenticides stays safe for wildlife.

By measuring the exposure of birds of prey such as owls and red kites to rat poison, scientists inform the industry of the safe limits of their use, allowing continued protection of crops and human-health, while safeguarding wildlife.

The Predatory Bird Monitoring Scheme is the best example of wildlife monitoring and exposure (to chemicals) that measures changes to the environment as a result of policy intervention.

Long-term research on marine mammals and seabirds is enabling the rapid expansion of the UK’s offshore wind industry.

The sector creates green jobs in coastal communities, and is a key part of the UK’s journey to net zero carbon emissions.

Half a million hectares of forest have been conserved across several countries thanks to a toolkit developed by a NERC-funded scientist. The tool calculates the minimum rainforest area needed to conserve biodiversity near palm oil plantations.

The methods have been adopted by key players in the palm oil, rubber, paper and cocoa sectors and have been incorporated into the Roundtable on Sustainable Palm Oil certification process, allowing a simpler process that enables increased participation by smallholders.

Providing joined up solutions for biodiversity and net zero

NERC science delivers innovative nature based solutions that address the joint crises of biodiversity loss and climate change, by integrating biodiversity into the economy, catalysing climate action, and delivering benefits to the:

Examples include the below.

The scheme aims to restore two million hectares of UK peatland by 2040. Four projects are already underway, equating to reductions of 102 thousand tonnes of CO2.

This research has made a considerable contribution and provided us with valuable lessons for the development of Payment for Ecosystem Service schemes in the UK.

NERC-funded research measured the benefit of healthy marine habitats to fisheries, climate and flood defence in Sussex. This resulted in a byelaw to protect, and ban trawling in, 117 square miles of seabed, allowing key habitats such as kelp forests to recover.

Kelp is an example of ‘blue carbon’, helping to combat climate change by storing CO2 as it grows.

Innovations in measuring and modelling carbon storage and deforestation funded by NERC are enabling managers of tropical forests to be supported through global payment for ecosystem services schemes like REDD+.

For instance NERC-funded scientists identified a technique for measuring tree biomass accurately from space. This played a key role in the European Space Agency’s decision to build a new satellite called Biomass, which is being built by Airbus Defence and Space (UK) and is due to launch in 2023.

NERC science informs governments, NGOs and society of best practices in conservation, saving species, protecting ecosystems, and supporting the wellbeing of communities that depend on nature.

Some examples of environmental science for global marine conservation are below.

Now 4,000 fewer tonnes of plastic enter the ocean a year, protecting £380 billion a year of marine ecosystem services, marine animals such as seals, and our food, from harmful microplastics.

Since the introduction of new regulations guided by BAS research, fisheries in the Southern Ocean have seen a 99.5% reduction in seabird mortality. They have introduced measures to protect penguins and prevent over-fishing.

This ensures long-term viability of the fisheries and instils consumer confidence with sustainability certifications.

BAS science has also underpinned international policies to protect polar biodiversity and habitats, including the designation of over three million square kilometres of marine protected areas around Antarctica, in the Southern, South Atlantic and South Pacific Oceans.

Scientific research by BAS…is critical for informing UK government policy objectives, including…the protection of the unique biodiversity and environments of Antarctica and the UK Overseas Territories.

The Asian Hornet, for example, feeds on honeybees and can cause severe losses to farmers. The alert systems often rely on citizen scientists, with engaged members of the public logging sightings of invasive species on a smartphone app.

Populations of the Scottish water vole have recovered following a successful programme to eradicate the non-native American mink.

NERC-funded research: eradication of an invasive alien predator through empowering community conservation stakeholders identified the mink as the cause of declines in water vole populations, and guided their eradication.

Not only have the water voles recovered, but other species in the study area, such as ground nesting birds, have also benefitted.

Scientists identified the precise conditions needed for the insect to survive, leading to tailored, and successful, reintroduction and conservation plans.

The butterfly’s population numbers have increased by 329% over the last decade, and other species have also benefitted from sites managed for the large blue.

The expertise developed during her NERC-funded PhD enables her to advise offshore wind developers on reducing their impacts on bird populations. 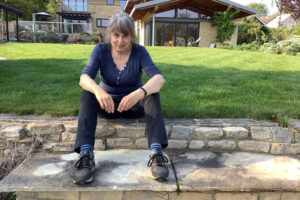 As Director of Nature and Science, Rosie Hails leads on policies to support delivery of the National Trust’s nature objectives across its 260,000 hectares of land.

Her NERC-funded PhD and later NERC funding for pioneering science-to-policy work were fundamental to developing the skills needed for the role.

As the first holder of this post, she is also developing a research-based approach for the Trust, ensuring that their work is based on the latest science.

As Deputy Director of Agriculture, Fisheries and the Natural Environment at the Environment Agency, Kevin Austin works with government and business partners to secure a climate resilient, cleaner and healthier environment for wildlife and communities across England.

Kevin credits his NERC-funded Masters and PhD with developing his ability to present succinct evidence-based arguments and to think through complex challenges logically, skills that he still uses in his role today.

NERC continues to support research, training and innovation that will benefit biodiversity and the people and industries dependent upon it. For example:

Contributing towards the Sustainable Development Goals