From climate science to climate solutions 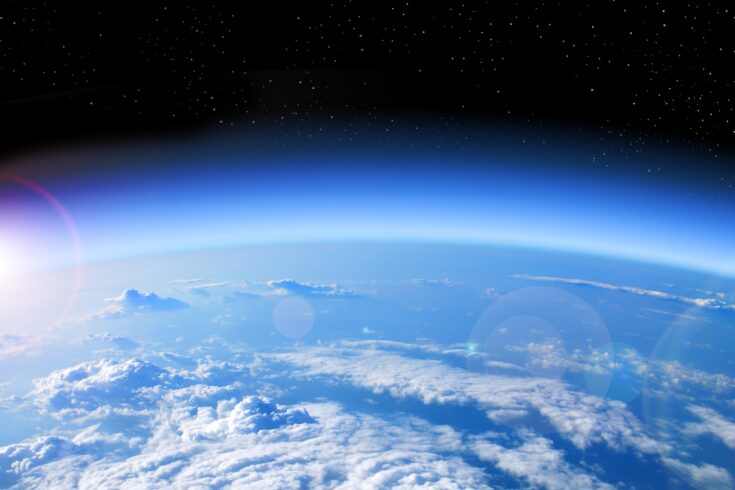 Decades of Natural Environment Research Council (NERC) research, innovation and training has advanced climate science and helped us to reduce the effects of climate change.

In 2019 the UK became the first major economy to legally commit to ending its contribution to climate change by 2050, by offsetting or capturing emitted greenhouse gases.

The net zero target was based on advice from the UK’s independent Climate Change Committee, which drew on the latest climate science and understanding of greenhouse gas mitigation options, and advice from experts including NERC-funded scientists.

In this impact story, you can find out about three international agreements and organisations that are shaping understanding and action on our climate, all informed by NERC-funded science.

Ozone and the Montreal Protocol

In 1987 the Montreal Protocol was agreed to curb the global production of ozone-depleting substances. It is the only United Nations (UN) treaty to have been ratified by all member states, and is widely agreed to be one of the most successful international environmental initiatives.

NERC scientists analysed atmospheric data collected over 30 years and discovered a hole in the ozone layer above Antarctica.

The Montreal Protocol was prompted by the discovery of the hole in the ozone layer. The treaty led to rapid worldwide reductions in the production of ozone-depleting substances. If current recovery continues, the ozone layer will be fully restored by 2075.

This recovery will have prevented at least two million cases of skin cancer by 2030, and has delivered significant savings by averting damage to crops and buildings. It has also made a major contribution to mitigating climate change. Recent research, co-funded by NERC, estimated that the removal of ozone-depleting substances as a result of the treaty will have averted 2.5ºC of climate warming by 2100.

NERC-funded research also played a leading role in the success of the Montreal Protocol. This was achieved by identifying how the ozone was being depleted and the consequences for human health, and contributing to the regular scientific updates for the protocol, including identifying new ozone-depleting substances.

Greenhouse gas and the UN Framework Convention on Climate Change

The UN Framework Convention on Climate Change (UNFCCC) was agreed in 1992, and has been signed by 197 countries. It is the parent treaty for the 1997 Kyoto Protocol and the 2015 Paris Agreement. The convention aims to stabilise greenhouse gas concentrations at a level that will prevent dangerous human interference with the climate system, and establishes science-based targets and mechanisms to address climate change.

NERC science underpins the Intergovernmental Panel on Climate Change (IPCC)
assessment reports which provide the basis for the UN convention.

The First IPCC Assessment Report played a decisive role in the creation of the convention in 1990.

The UN convention provides mechanisms for acting on, reporting on and funding climate change action. 191 countries have signed the Paris Agreement, which committed to limiting global warming to less than 2°C above pre industrial levels, and set in motion the movement towards net zero emissions. Through the funding mechanisms, developed countries have pledged billions of dollars to support developing countries in tackling climate change.

The IPCC provides leaders and policymakers with regular assessments on the current state of knowledge on climate change. Reports are developed through a comprehensive and inclusive process, and the summaries are agreed by all of the 195 countries involved.

NERC’s long-term support for earth observation data, research, innovation and training has delivered world-leading scientific advances in climate science that have been central to every IPCC report to date.

NERC researchers also take a lead role in writing the reports. 87% of the UK-based authors of the physical science section of the latest, Sixth Assessment Report, are NERC-funded.

Professor Mike Meredith, Head of the Polar Oceans team at the British Antarctic Survey, said: “We have seen already how dramatic the changes in the polar regions are… In this new [Sixth Assessment] report, the latest findings are integrated into our understanding of these changes, providing a state-of-the-art overview of past and ongoing climate change, and enabling updated statements concerning their likely future trajectories.”

By establishing an international consensus based on the latest science, the IPCC’s reports have been the cornerstone for international climate change negotiations, and action by businesses and governments around the world.

The Sixth Assessment Report presents substantial new evidence of the impact of humans on the climate, and the changes that are already affecting weather and climate across the globe. It provided the basis for the 2021 United Nations Climate Change Conference (COP26).

Learn more about the benefits of NERC’s involvement with climate science from the 1930s to the present, including offshore wind, the Thames Barrier and UK climate projections.