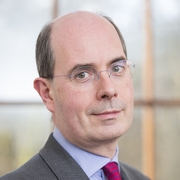 Sir John is Chair of UKRI. He is also Chairman of Legal and General Plc.

In 2004, John personally led the then government’s ten-year framework for science and innovation. He was also closely involved over many years in policymaking on R&D tax credits.

In addition to his HM Treasury career, John has worked in the Group Chief Executive’s office at BP, been a Lex columnist at the Financial Times and a Managing Director at Rothschild, the investment bank. He was a member of the advisory committee for Jim O’Neill’s review on antimicrobial resistance.

He is Deputy Chair of the National Gallery, a Trustee of the Royal Opera House, a World Fellow of Yale University and a member of the Trilateral Commission. He chaired the judges for the 2017 Wolfson Economics Prize, and recently undertook an independent review for the government of the Financial Reporting Council.