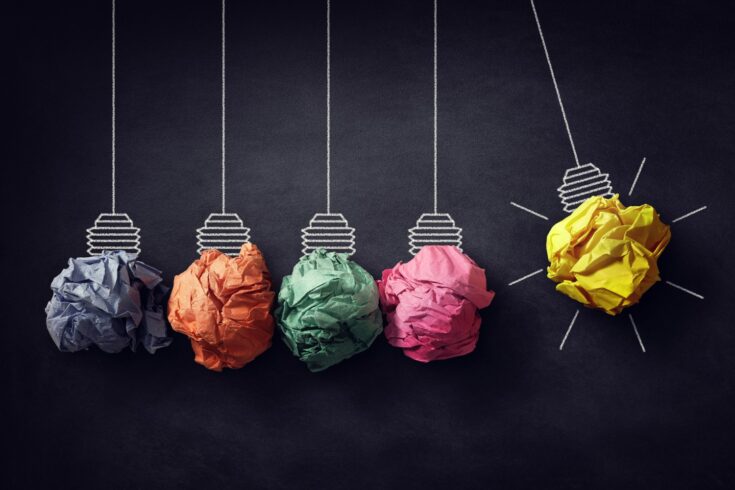 I should start by saying that I’ve been a long time supporter of IAAs. That support started a decade ago when helping to set up the first Economic and Social Research Council IAAs and seeing the benefits that have accrued through that investment since.

It’s been extremely rewarding to play a similar role in AHRC and now to be able to formally announce the establishment of the first AHRC IAA network as part of the UK Research and Innovation (UKRI) IAA model.

Over the next three years AHRC will be committing £15 million of funding across 32 institutions, providing flexible funding to unlock the potential impact of research.

To paraphrase Ron Burgundy, this is kind of a big deal.

AHRC has always been committed to impact, funding it in many forms through schemes from our responsive Follow on Fund (which remains very much open) to strategic calls in priority areas such as our recently announced Design Exchange Partnerships.

So what’s important about this step? Apart from the scale of investment, put simply, IAAs are a great way of reflecting and supporting the strength, breadth and depth of arts and humanities research.

We know how big an impact investment in the arts and humanities can have whether that’s:

I know you’ve all read our research outcomes and impact page, but for those who need a reminder, we’ve also been:

The recent research excellence framework (REF) results have also demonstrated that UK arts and humanities are world leading and generate impacts that affect every aspect of our lives. The sum of this research and impact, and the researchers that generate them, are a national asset.

This all gives a taste of how arts and humanities research can be deployed to address the major, and multiplying, challenges and opportunities we face. What’s been needed is funding that enables that to happen on a greater scale and in a more reactive manner.

And this is where IAAs come in. Their great strength as a mechanism lies in being devolved at an institutional level and aligning funding with what works best within diverse institutional settings.

What the REF results have also shone a light on is that world leading research is distributed across the UK, and across different types of institutions. AHRC made the decision to make our first foray into IAAs an open competition to ensure that we cast the net widely and could back the best plans for supporting impact wherever they lay.

The response was fantastic and testament to the appetite for impact within the arts and humanities community. Of all the research councils receiving applications for IAAs, AHRC received the most and those applications reflected the breadth of institutions across the UK.

The 32 awards we were able to fund also reflected that diversity of institutions and approaches. This included large institutions that will place the AHRC IAA alongside multiple other UKRI IAAs and other impact infrastructure. Funds were also awarded to more specialist research organisations and independent research organisations where the AHRC IAA will draw on the depth of partnerships and expertise within that area.

What’s exciting about this investment is the additional reach it will enable into this diverse pool of research, researchers and partnerships.

Institutions have the best understanding of their researchers, their partnerships with private and public organisations, and their own strategies and processes for supporting impact in different disciplines.

The IAAs make the most of this and there’s evidence in the fascinating array of mechanisms and activities the AHRC IAA award holders will be implementing, including:

Across these mechanisms and many more, the IAAs are drawing on their institutional strengths to support routes to greater policy impact and commercialisation of research. The IAAs will also underpin the role of the arts and humanities in the innovation process, public engagement with research and much more.

Networks and next steps

And of course, whilst the strength of the model is in individual institutional strengths, there is also strengths in numbers and the ability to share ideas and best practice.

AHRC IAAs are being set up to work together in clusters, as well as working alongside the IAAs from other research councils within their institutional settings, to do just this. This offers huge opportunities for collaboration through the IAA model both across the arts and humanities and with other disciplinary areas where some of the richest impacts are to be found.

The next three years are set to be exciting as these first AHRC IAAs develop. They will work individually and collectively to demonstrate the power of arts and humanities research and researchers in action, generating new and innovative ways to do impact.

It’s a big change for AHRC and a big investment. We have ambitions to match, watch this space!