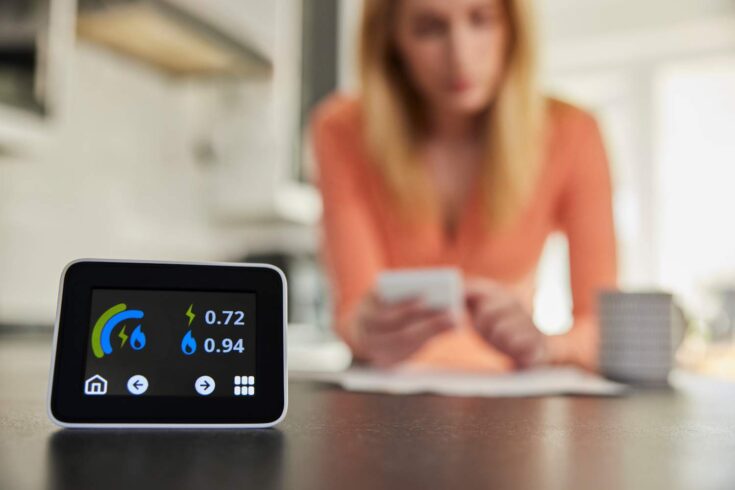 The value of smart meter data

With over 20 million domestic smart meters now in Great Britain (GB) homes, smart meter data is set to be a crucial tool for energy research in tackling major societal challenges. Smart meters can provide daily and half-hourly energy consumption data. For researchers accustomed to annual energy consumption totals, this is a quantum leap.

When linked with contextual data, smart meter data could for example, help identify fuel poverty more accurately and recommend how best to remedy it. It could help vulnerable people to stay independent longer, or in prescribing home improvements for ill-health rather than medical treatment.

And, critically, it can help the public, industry, government and the research community better understand how GB households heat and power their homes to increase energy efficiency, reduce bills and help the transition to net zero.

Gas and electricity smart meter readings are personal data with access controlled by consumers, who are understandably cautious about giving access to third parties who could try to use it for dishonest or commercial purposes. Thus, smart meter data is rigorously protected by the General Data Protection Regulation and the Smart Energy Code.

Although academics have long seen the potential benefits of smart meter data, accessing it involves navigating several complex, expensive and time-consuming barriers that are a major undertaking beyond the scope of most individual research projects.

So, researchers, led from UCL, hatched a plan to undergo this process once on behalf of UK academic researchers, and the SERL was born.

Funded from 2017, SERL constructed a technical and data governance infrastructure to take most of the ‘heavy lifting’ of accessing smart meter data away from academics or individual research projects. Researchers still need to undergo rigorous checks to access the data but, compared to ‘starting from scratch’, access is relatively straightforward

The project also had its own research programme and planned to recruit 10,000 GB households to share their data for research in the public interest.

An expert team was assembled from seven UK universities and the Energy Saving Trust. The next four years were spent tackling numerous technical, legal and research ethics challenges in a new and fast-moving landscape. We were the first academic institutions to gain access to smart data via the national smart meter network (DCC Gateway) and hopefully we have paved the way for subsequent non-industry applicants.

In October 2021, an edition of the SERL dataset that contained gas and electricity data for over 13,000 GB households was made accessible to accredited researchers. The dataset also included energy performance certificate (EPC) information, socio-demographic and building survey responses and weather data.

As of June 2022, there are 18 approved research projects and over 30 researchers using SERL, with many more applications in the pipeline.

A recently released statistical report with accompanying aggregated datasets marks a major milestone in our work. The report describes domestic gas and electricity energy use in GB in 2021 based on data from the SERL Observatory panel, which consists of 13,000 homes and is broadly representative of the GB population in terms of region and Index of Multiple Deprivation (IMD) quintile.

This data is unique in demonstrating the seasonal and diurnal (within-day) variation of gas and electricity use in British dwellings and how it varies with region, external temperature, occupancy, local deprivation (as measured by IMD), building size, age, form, EPC, heating system, and presence of solar panels and electric vehicles.

The SERL statistical report is the first in a planned series of reports, analyses and aggregated statistics using SERL Observatory data, which we believe will be of interest to academics, government, non-governmental organisations and commercial organisations.

The results reported are likely to generate debate among energy researchers, and feedback on the content of the reports and accompanying statistical datasets is very welcome.

We hope that the report and accompanying data will encourage researchers to apply to access the full SERL Observatory dataset and contribute to a new era of UK energy research made possible with smart meter data.