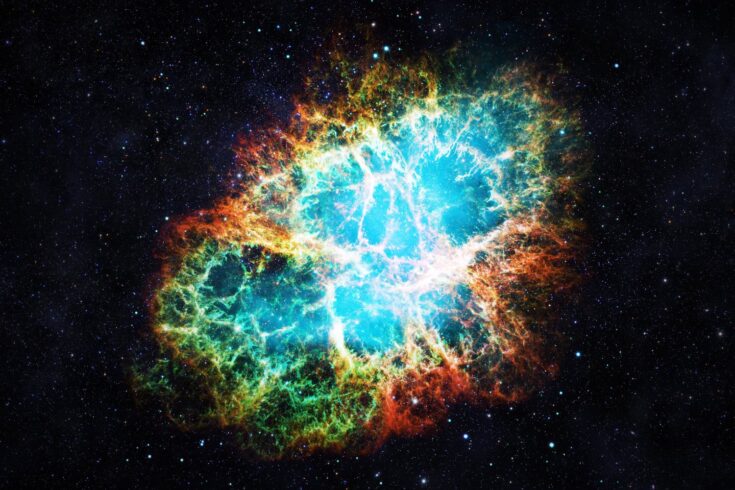 My research focusses on understanding the nature of plasma turbulence in space and astrophysical systems, and its role in shaping these environments.

The majority of the visible matter in the universe is plasma – hot ionised gas made of charged particles – that displays a rich variety of fascinating behaviour. Due to its complexity, many aspects of this have yet to be fully understood, but they play key roles in shaping astrophysical environments. One of the most widespread processes, but least well-understood, is plasma turbulence – the complex, chaotic, motions of these plasmas that stores, transports, and ultimately dissipates energy, leading to heating, large-scale flows, particle acceleration and many other effects.

My research uses data from spacecraft throughout the solar system, such as Parker Solar Probe and Solar Orbiter, to understand the fundamental nature of this turbulence.

Important questions include how energy injected at large astrophysical scales creates small scale structure, where plasma microphysics becomes important. At these plasma microscales energy is dissipated leading to heating, and another important question is how this heating occurs and depends on the different conditions – that is how different space environments are heated. Modern spacecraft produce high resolution data as they fly through various solar system plasmas, allowing these processes to now be understood.

More recently, I have been expanding my research programme to understand the broader range of impacts of plasma turbulence. For example, it is one of the main candidates to explain how the solar corona is heated to such high temperatures (greater than one million Kelvin) and how the fast solar wind is generated. It may also play significant roles in shaping the overall structure of our heliosphere, as well as more distant astrophysical environments, such as the interstellar medium, accretion flows, and galaxy clusters.

Finally, with space weather becoming increasing recognised as important and urgent to understand and predict, the potential role that turbulence plays in the range of space weather effects needs to be investigated. My current research programme makes use of spacecraft observations, lab experiments, along with plasma theory and simulation, to understand both the fundamentals and range of impacts of turbulence across the variety of space and astrophysical environments.

In addition to my research, I also take part in various public engagement activities. These have included media appearances on TV, radio, and podcasts, for example, to discuss Parker Solar Probe and its discoveries, public talks, for example, at local astronomy clubs, and participating in science festivals and exhibits, for example, at the Kennedy Space Center and the Royal Society.