UK contributes to a leap towards nuclear fusion energy 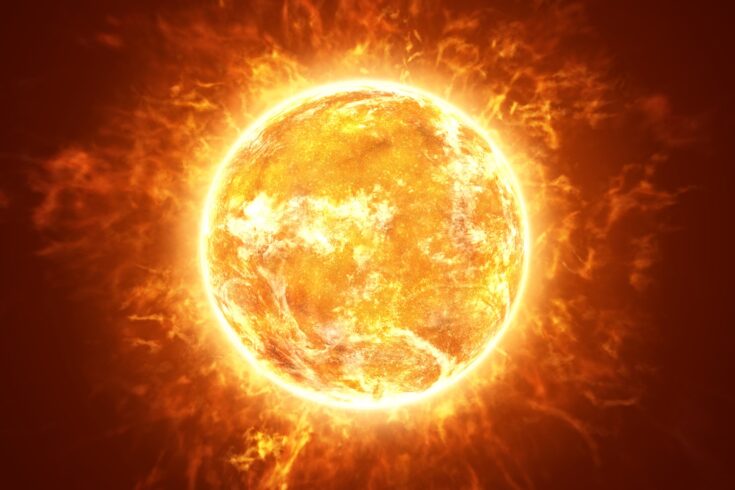 Fusion has the potential to provide a near-limitless, safe, and clean source of carbon-free energy. Fusion energy could complement renewables by filling supply-gaps and move us away from fossil fuels. It could also help in replacing a considerable fraction of the $3.5 trillion per year fossil fuel industry.

Scientists have not been able to generate more fusion energy than was used to hold fuel in place, until now…

It cannot be understated what a huge breakthrough this is for laser fusion research.

More importantly, however, is the fact that it paves the way for the rapid development of laser inertial fusion energy – power generation by laser fusion.

This is a fantastic result that proves the exceptional potential of fusion power, and the National Ignition Facility team should be congratulated on their outstanding achievement.

I’m proud that the Department for Business, Energy and Industrial Strategy funded CLF were also able to play a part in supporting the endeavour.

Though there is still some way to go to deliver fusion power generation at scale, results like this one illustrate that there is a viable route to commercial fusion energy ahead, and the UK is in pole position to build on this work towards a clean energy future.

We turn to Einstein’s most famous equation, E = mc2, which tells us that if the mass of the products is less than the mass of the 2 fusing atoms, then energy will be released during the nuclear reaction.

Fusion is the process of fusing 2 light atoms together to form a heavier one, for example, fusing deuterium and tritium fuel atoms by slamming them together to form the neutron and the alpha particle. Fusion yields a tremendous amount of energy, millions of times greater than other sources that are currently used today.

In fact, this process already occurs naturally, and we depend on a nuclear fusion reactor to bring about and sustain life: the Sun. At the centre of our local star, and all stars for that matter, you’ll find extreme plasma conditions that achieve fusion. In reality, except for tidal power, fusion is the original source of pretty much all energy on earth!

Fusion should not be confused with fission. While fission is still a great yielder of energy, it produces a lesser amount compared to fusion. Fission occurs when a heavy atom is slammed into by a neutron, forcing it to split into 2 smaller atoms. Consequently, fission reactors are less safe as they can potentially ‘melt-down’, and the radioactive waste must be safely stored for approximately 100,000 years!

One potential benefit of fusion is that the neutrons created by fusion may even be able to ‘burn up’ existing radioactive waste created by fission: solving this storage problem while creating green energy.

In the recent NIF experiment, 3.15 megajoules (MJ) of fusion energy was produced while the lasers produced an input of 2.05MJ of laser energy into the target chamber.

On this record experiment, NIF achieved a gain of 1.54, or one and a half times the energy input. While significantly higher energy gain will be required for power production, this represents an enormous step forward and achieves for the first time the so-called ‘holy grail’ of fusion research.

The experiment demonstrates unambiguously that the physics of laser fusion works.

A lot of work remains to transform NIF’s results into power production, but this is a key step along the path.

Next steps include the demonstration of even higher fusion energy-gain and the further development of more efficient methods to drive the implosion.

We have very well-developed plans for how to go about this and hope these results will help stimulate the funding required to drive our work forward at the pace required to make an impact on global warming.

The approaches to fusion

There are 2 extensively investigated approaches to fusion:

MCF uses tokamaks, which are donut shaped vessels surrounded by powerful magnetic coils which can trap fusion fuel to produce plasma. The aim of tokamaks is to hold this position long enough for fusion reactions to take place.

The laser fusion approach, as used by NIF, uses lasers to hear the surface of a spherical shell containing a deuterium and tritium fuel. This was done indirectly by NIF where the energy from the laser was converted into X-rays before heating the shell.

The beams are fired towards a small hollow target containing fusion fuel – deuterium and tritium. The beams are switched on for just a few billionths of a second and deliver approximately 175 times the average global electricity power to the target. The target implodes inwards on itself at over 1 million miles per hour to heat and compress the fusion fuel to replicate the conditions at the centre of the Sun.

Next steps towards fusion energy

While NIF has taken a massive step forward, a lot more work is required to transform NIF’s result into electricity production. The principle of power production by laser fusion is like that of an internal combustion engine such as a diesel engine: the fuel is injected, compressed, ignited, then energy is released. Then the process repeats.

In terms of developments required for laser fusion power production, while huge progress has been made, a lot of work remains to be done. The key areas include further increasing the fusion energy-gain to cover losses in any power-production system – there are plans for how to increase the energy output by NIF.

A lot of research has also gone into the direct drive approach to laser fusion, which has great potential to reduce the amount of laser energy which needs to be input and may also be more practical for power production due to the simpler targets required. The laser efficiency also needs to be improved – NIF’s lasers are inefficient, but thankfully technologies have been developed which can do this.

STFC’s CLF Diode Pumped Optical Laser for Experiments (DiPOLE) laser was developed with laser fusion in mind and has far higher energy efficiency than the laser of NIF.

The third main area is the rapid economic manufacturing of the targets, and their injection into the target chamber – the shell containing the fusion fuel must be fired into the target chamber at high speed then shot by the lasers. This needs to be repeated approximately 10 times per second. While concepts exist for all these areas, more work is required.

The result from NIF is the culmination of the work of hundreds, perhaps thousands, of scientists and engineers working for decades starting in the early 1970s – in fact the concept was developed 3 days after the invention of the laser!

Since then, huge advances have been made in the development of high energy lasers, the ultra-precise targets, experimental diagnostics, multidimensional simulation codes running on some of the world’s largest supercomputers.

We welcome this milestone result from NIF which is fantastic news.

It is great that the CLF and UK academic community have been part of this journey.

We now look forward to translating this result into what has real potential to be a long-term green energy solution.

In the years leading up to achieving ignition, Dr Robbie Scott made a crucial discovery related to the implosions on NIF at the time, which would improve the fusion yield towards ignition.

This fantastic result was only possible due to the work of hundreds of scientists over decades.

My own contribution was to discover that if NIF’s implosions were not spherical, this would reduce the efficiency of the implosion and so the number of fusion reactions.

This led to the development of new diagnostics for NIF which confirmed the implosions were non-spherical, just as predicted.

This resulted in a multiyear effort at NIF to make the implosions as spherical as possible, improving NIF’s fusion yield.

I’d like to congratulate the NIF team on this massive success ­– while it took longer than originally hoped, I never doubted they’d get there in the end.