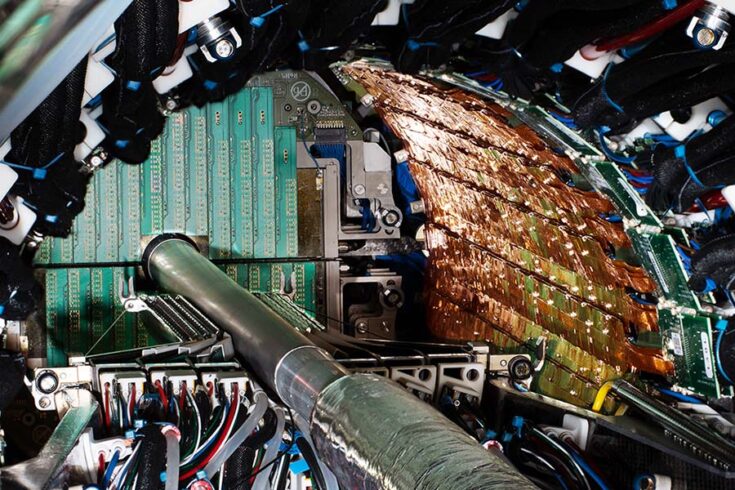 Working at STFC’s Daresbury Laboratory, I have been able to see some of the most impressive science and engineering projects come to life.

One of these incredible projects is the ALICE (A Large Ion Collider Experiment) upgrade, which Daresbury Lab played a vital role in as part of a brilliant UK team.

One of the world’s most advanced particle detectors has had the heart of the experiment upgraded thanks to state-of-the-art UK-built technology, making it 100 to 1000 times more sensitive.

During the latest planned shutdown of the Large Hadron Collider (LHC), CERN’s ALICE detector has received a significant upgrade.

The Science and Technology Facilities Council’s (STFC) Daresbury Laboratory, in partnership with the University of Liverpool, has built ground-breaking new technology to form a part of a new inner tracking system (ITS).

The silicon detectors are a key part of the ITS, the nearly 13 gigapixel camera capable of taking 50,000 pictures a second over 10 square metres. This is the first time a large-scale particle tracking detector has been built entirely of silicon pixel sensors as well as the first of their kind to be designed and built at Daresbury.

What is ALICE and what does it do?

ALICE is one of the four main experiments using the LHC at CERN. The ALICE experiment is run by a collaboration of nearly 2000 scientists from more than 150 physics institutes across 40 countries.

Research at ALICE has provided insight into the early composition of the universe, all the way back to just fleeting moments after the Big Bang. The experiment focuses on understanding the physics of strongly interacting matter at extraordinarily high energy densities.

These conditions recreate the environment in which cosmological events such as the Big Bang took place, which then allows us to probe more deeply into the evolution of the universe.

At these energy densities, resulting in phenomenal temperatures, a particular phase of matter called quark-gluon plasma forms. Quarks are fundamental particles that make up protons and neutrons, and gluons ‘glue’ the quarks together to allow the protons and neutrons to be formed.

The quark-gluon plasma is a state of matter in which protons and neutrons ‘melt’ and quarks and gluons are freed from their strong attraction to one another, a sort of hot particle soup.

The ALICE collaboration investigates the quark-gluon plasma as it forms, expands and cools, to study how it brings about the particles that establish the very matter that makes up our universe today.

Roy Lemmon, from Daresbury Laboratory and the UK ITS upgrade project leader, emphasised that:

The quark-gluon plasma is the high-temperature phase of chromodynamics, and because it is experimentally accessible, it provides the only opportunity in the laboratory to study the thermodynamic behaviour and phase structure of a fundamental non-abelian gauge theory.

STFC support for the ITS upgrade

A team at Daresbury Laboratory, working closely with the University of Liverpool, has developed, produced and delivered key parts of the advanced ITS for ALICE.

The recently installed silicon detectors built at Daresbury make up a major part of the outer layers of the ITS which consists of exceptionally thin and highly-pixelated sensors and ultra-light support structures that will increase substantially the tracking capabilities of ALICE.

Marielle Chartier, from the University of Liverpool and the deputy chair of the ALICE Collaboration Board, commented that:

The successful completion of the construction, assembly, installation and now commissioning of the new ITS is a major achievement for the Daresbury and Liverpool groups who were not involved in the construction of the original ALICE experiment.

From next year, when data taking resumes, our team will focus on new measurements of short-distance phenomena in the hot quark-gluon plasma that will exploit the unique opportunities offered by the upgrades of ALICE and the LHC.

The work has taken a team of 20 physicists, engineers, technicians and students over seven years to design, prototype and build a total of 22 outer layer detectors at Daresbury.

They also worked at the University of Liverpool to produce over 600 modules which were assembled into the UK detectors or shipped to other construction sites worldwide. The final UK piece was delivered to CERN in Switzerland in September 2019.

Professor Chartier accredited the success of the project to:

the competence and dedication of the staff involved as well as the support of both the Liverpool Semiconductor Detector Centre and the Daresbury Engineering Technology Centre, which ensured access to world-class equipment and facilities and a wealth of technical expertise.

What this means for ALICE

The upgrade of the ALICE experiment means more data from proton-proton and lead-lead collisions at the LHC can be taken in a shorter time, 100 to 1000 times more quickly than before.

The new ITS is the largest silicon pixel detector ever built and the first that has been solely comprised of monolithic active pixel sensors, making it the thinnest and most pixelated particle tracker at the LHC.

With this advanced vertexing and tracking precision and power, ALICE will be able to probe even deeper into the intricate physical nature of visible matter in the universe and tell us even more about how the universe as we know it today came about.

The fully assembled ITS detector, using all the pieces built around the world, was installed successfully in the ALICE experiment cavern earlier this year and is now undergoing an intense period of testing. ALICE is due to begin its third run at the end of February 2022 when the LHC restarts.

Find out more about ALICE on the CERN website. 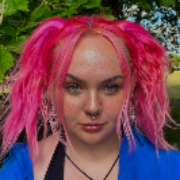 Amy is part of the communications team at the Science and Technology Facilities Council (STFC)’s Daresbury Laboratory, part of the Sci-Tech Daresbury campus in the Liverpool city region.

She is currently completing a physics degree at the University of Bath and joined STFC for her industrial placement year.

Amy is experienced in cross platform creative science communication and she is passionate about:

Connect with Amy on LinkedIn.