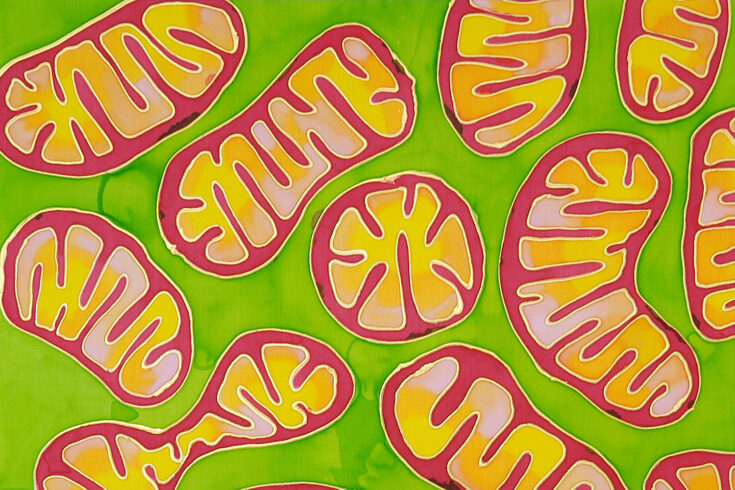 Professor of Evolutionary Biochemistry in the Department of Genetics, Evolution and Environment, University College London

Frontier research into some of life's most fundamental questions is delivering new insights into human health.

What does the origin of life on Earth have in common with our own ageing and risk of cancer? This is not a trick question: the answer is the Krebs cycle. Experimental work in these distantly related fields is beginning to make surprising sense of evolution and health.

The Krebs cycle: iconic and unloved

Lost in the dusty pages of old textbooks, the Krebs cycle is at once iconic and unloved.

Biomedical scientists often have resentful memories of being forced to rote-learn the cycle without ever quite grasping why it needs to be a cycle, or why it is linked to both energy generation and biosynthesis (providing precursors for amino-acid, sugar, fatty-acid, haem and nucleotide synthesis).

The answer began to emerge from the late 1960s but took decades to be accepted. In essence, the Krebs cycle as we know it oxidizes food, stripping out carbon dioxide and hydrogen, as nicotinamide adenine dinucleotide plus hydrogen (NADH).

Then in respiration the hydrogen reacts with oxygen to generate the energy we need to live. The ‘reverse’ Krebs cycle was first proposed in 1966. It does exactly the opposite; it uses energy to react the gases hydrogen and carbon dioxide to make Krebs-cycle intermediates, turning simple gases into the molecules of life.

The bacteria that live this way are a billion years older than the first photosynthetic cyanobacteria and thrive in environments where life might have started, such as hydrothermal vents.

My group is one of several around the world who are using this chemistry as the starting point for all of biochemistry. Just think about it. Go back four billion years, to hydrothermal vents bubbling with hydrogen gas, mixing with acidic ocean waters saturated in carbon dioxide.

These geological flow-reactors use sharp differences in electrochemical potential across thin inorganic barriers bounding cell-like pores (similar to those across membranes in our own cells) to drive the reaction between hydrogen and carbon dioxide.

This forms the universal precursors for biosynthesis, Krebs cycle intermediates, converting a planetary disequilibrium (raw iron inside, oxidized gases outside) into growth. Into life.

We and others have shown experimentally that this chemistry really works. Steep pH gradients and catalytic iron-sulfur minerals can drive the reaction between hydrogen and carbon dioxide.

This forms many Krebs-cycle intermediates, and onwards to make amino acids, sugars, fatty acids, and even nucleotides, that’s exciting work in progress.

If these ideas are right, then much of metabolism arose spontaneously in favoured environments, ordained by thermodynamics as the starting point, not genes.

Our Biotechnology and Biological Sciences Research Council (BBSRC) strategic longer and larger grant is taking this even further. It aims to understand how genes and information arose in protocells whose growth is driven by hydrogen and carbon dioxide.

But my point here is that the Krebs cycle started out as the engine of biosynthesis, turning gases into the earliest living systems.

Today, the Krebs cycle is still front and centre, just as the genetic code is conserved across all of life, so too is the basic mechanism of energy generation.

Electrochemical potentials across membranes, topologically equivalent to those seen in vents, drives energy generation in bacteria as well as our own mitochondria. Yet mitochondria are unusual in that they have their own genes.

The molecular machines that make up the respiratory chain are giant mosaic proteins, encoded by two genomes: mitochondrial and nuclear, which evolve in strikingly different ways. Any mismatch between these genomes could hobble respiration, but just as importantly, can play havoc with the Krebs cycle.

If respiration doesn’t work properly then hydrogen (NADH) is not oxidized normally, and parts of the cycle can go into reverse, recapitulating their ancient biosynthetic task.

From the origins of life to human health

It came as a shock to cancer researchers to discover that mutations in supposedly ‘housekeeping’ genes could switch flux through the Krebs cycle, with major downstream effects on gene activity, promoting uncontrolled growth: cancer.

My group has found much the same thing with fruit-fly lines that have ‘mismatched’ mitochondria, in other work funded through BBSRC’s responsive mode programme.

Because these fly lines are genetically identical in their nuclear genes, differing only in their mitochondrial DNA, we could pinpoint the problem. The trouble is at complex I of the respiratory chain, the site responsible for oxidizing NADH (‘hydrogen’) in mitochondria.

Using a combination of respirometry (to measure the rate of respiration with different substrates) and metabolomics (to evaluate metabolic flux), we have found that the flies with the best complex I activity also have better forwards flux through the Krebs cycle. Complex I is acting, almost literally, as a ‘flux capacitor’.

The interplay between diet, metabolism and ageing

This is most clearly the case when the flies are fed a higher protein diet.

Amino acids feed into the Krebs cycle at various points, which can promote reverse flux, linked to faster growth rates through some of the same signalling pathways involved in cancer.

The flies that put the most into growth are also the most fertile, but this advantage comes at the cost of a shorter life. The finding that is most exciting me is that this standard evolutionary tradeoff is offset in the fly lines with the best complex I activity.

Essentially, they maintain forwards flux through the Krebs cycle for longer and are rewarded by better fertility and longer life!

Pushing the frontiers of knowledge

I admit that we haven’t nailed all this yet. It’s still a working hypothesis and we are working on it.

But a vision of why the Krebs cycle is so central to metabolism, stemming from work on the origin of life, is proving an invaluable guide to understanding what goes wrong with our own ageing.

The practical question for future work will be: how can we improve complex I activity and bolster our own Krebs cycle?

The deeper aim is to understand how the spontaneous flow of energy and matter at the origin of life could drive the growth of protocells and the emergence of genes and biological information.

The ambition is also to comprehend how the first genes recreated primordial growth from hydrogen and carbon dioxide in utterly different contexts, from the photosynthetic splitting of water to our own reversal of that process, and how this same flux governs the activity of genes today.

In the end, how metabolism still shapes the power of genes.

Find out more about BBSRC’s investments in frontier bioscience by visiting: 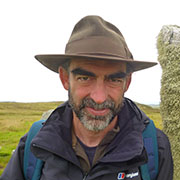 Professor of Evolutionary Biochemistry in the Department of Genetics, Evolution and Environment, University College London

Nick Lane’s work focuses on how energy flow shaped the origin and evolution of life, and the implications for our own lives. Nick was a founding member of the UCL Consortium for Mitochondrial Research and is Co-Director of the UCL Centre for Life’s Origins and Evolution.

He has written five critically acclaimed books on evolutionary biochemistry. Nick’s work has been recognised by the Biochemical Society Award in 2015 and the Royal Society Michael Faraday Prize in 2016.