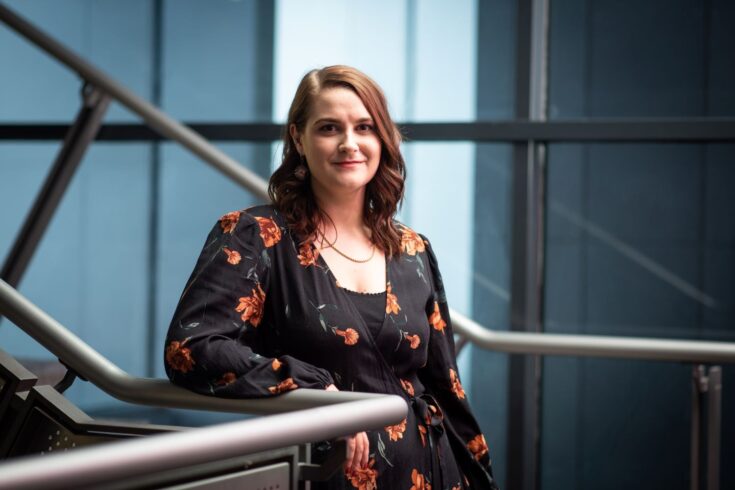 Championing the UK’s next generation of innovators, who are bringing energy, entrepreneurial flair along with fresh perspectives to society’s big challenges.

This is the second of a trio of blog posts that showcase 19 high-potential entrepreneurs, along with their innovations and business successes.

Catch up with part 1 of the blog series.

For the UK to reach its potential as an innovation superpower, we must act now to build a pipeline of diverse future talent. Our Young Innovators awards has become an excellent showcase for tomorrow’s innovation leaders, highlighting the many pathways into innovation.

Now in its fourth year, the programme has already supported over 150 aspiring entrepreneurs, aged 18 to 30, with:

This year, we unleashed a new, complimentary award called Young Innovators Next Steps, aimed at people who have previously graduated through our Young Innovators programme. Following a comprehensive evaluation process, almost £1 million had been awarded to 19 high-potential young entrepreneurs, who each received a fresh £50,000 investment and one-to-one business coaching.

These young pioneers have worked tirelessly to realise their ambitions and are already making a positive impact to our economy and society. At Innovate UK, we are proud to have helped them on their journey, and hope that the Next Steps support package will empower their businesses to grow further and faster.

In this second blog, we showcase another six of the 19 Next Steps award holders, who are tackling significant societal challenges. The projects range from sustainable leather-alternatives derived from seaweed to digital platforms that build the future of musical collaboration.

We hope their stories will inspire others to pursue a career in innovation, so that we can all see a fairer, more sustainable, and more productive society.

Lotti has developed the first domestic biochar kiln for eco-conscious gardeners. Biochar improves soil health, increases crop yields, and is a form of carbon capture and storage. Tackling the climate emergency is at the heart of Earthly Biochar and Lotti aims to set up a network of carbon-negative production facilities to turn waste biomass into biochar.

Commenting on her award and project, Lottie said:

I’m really proud of my team; it’s been a tricky couple of years with the pandemic creating unexpected hurdles. To launch two new products was an incredible feat – and the Young Innovators award definitely helped.

As a result, our sales revenue increased by 300%! I’m driven by a vision of every gardener in the UK adding biochar to their soil. It paints a beautiful picture of mass carbon sequestration which doesn’t cost the earth or take huge amounts of effort. 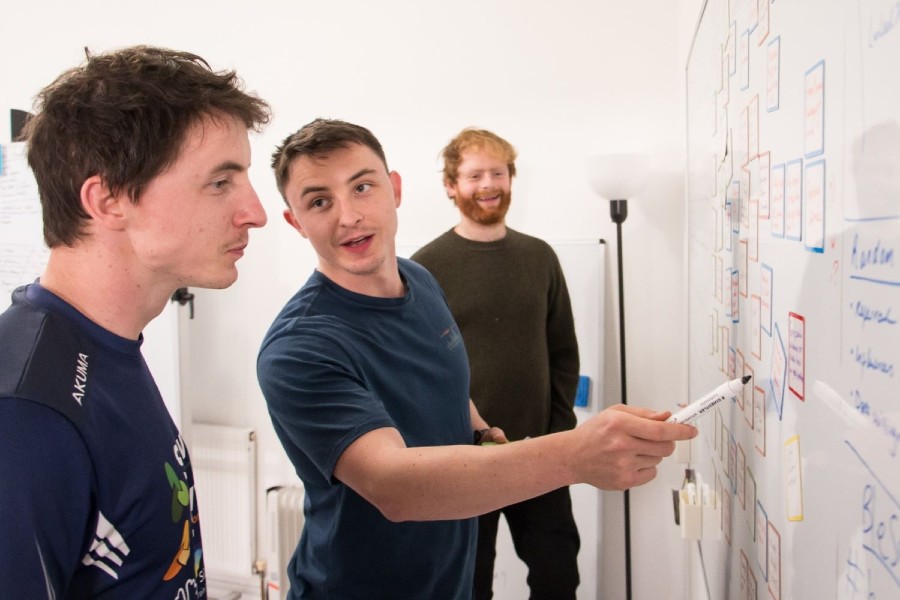 Who: Ellis Parry (30), founder of Neumind
Where: Cambridge

Ellis founded Neumind after his identical twin suffered a life-changing brain injury. The Neumind team are creating a digital platform to empower individuals with head injuries and neurological conditions to live a more functional and independent life.

Since winning his first award, Ellis has:

Winning the Young Innovator award was a significant step in our company journey. The stamp of approval from Innovate UK has already helped open doors and secure further funding.

Our innovation champion helped us work through difficult business decisions. And the living allowance allowed me to focus full-time on the company.

We’re proud and excited to be selected for the Young Innovators Next Steps award and, now in my thirties, I’m chuffed to have an award with ‘young’ in the title.

Who: Elena Höge (29), founder of Yaldi Games
Where: Edinburgh

Elena is developing games for good like Wholesome, a relaxing life-simulator about living in harmony with nature. It teaches players about the natural world, including how to forage and cook wild food.

Since winning the Young Innovators award, Elena has grown her team from one to six, won prestigious industry awards, and raised £90,000 of investments.

Commenting on her award and project, Elena said:

When I first applied for Innovate UK’s the Young Innovators award, I had a vision to create games that go beyond digital. To deliver environmental, social and cultural impact, while inspiring young people to get outdoors and benefit from nature.

In a relatively short space of time, it’s gone from a dream to a reality, with support from external backers and my own excellent team. My advice to any innovators on the fence about their ideas is to go for it, your passion will drive the business forwards.

Who: Benjamin Ndubuisi (29), founder of VING.AI
Where: Manchester

Benjamin grew up in Nigeria before moving to the UK in 2015. His lived experiences led him to create VING.AI, a secure currency exchange platform for Africans living in the UK.

Since winning his first award, Benjamin has launched several iterations of the company’s minimum viable product and established the company’s brand.

Commenting on his award and project, Benjamin said:

From my experience and talking with friends and family I thought VING.AI would fill a gap in the market.

Winning the Young Innovators award made me feel bold enough to bring the idea to life. I am so excited to be able to continue developing my idea, having received the Next Steps award.

Who: Anna Watkins (29), founder of Uncommon Alchemy
Where: Penrith, Cumbria

Anna is using seaweed slime to create a sustainable, vegan and 100% bio-based alternatives to leather and plastic – turning it into everything from handbags and notebooks to lampshades.

Since winning her first award, Anna has transformed Uncommon Alchemy from a craft business into an industrially scalable production process. She is now able to create sheet material at scale for fashion brands and designers.

I started out using my seaweed leather to handmake some products for personal use. The Young Innovators award showed me that my idea had potential at an industrial scale, so now I am pursuing this ambition.

Due to my chronic pain condition, being a self-employed entrepreneur is perfect, as I can manage my time and energy.

I am so grateful and proud to be chosen for the Next Steps award! It’ll help me take my business to the next level, alongside developing a portfolio of radically sustainable materials for the fashion industry.

Benjamin is building the future of music collaboration. His digital platform combines machine learning technologies with the latest neuroscience research, to connect musicians with collaborators and the wider music industry.

Since winning his first award, Benjamin has gone from two part-time to seven full-time employees and secured a seven-figure acquisition of some of his company’s live streaming technology.

As an experienced young entrepreneur with a growing company it’s hard to dedicate time, resources and focus into developing new innovative technologies.

The Young Innovators award helps me and team focus on researching, testing and implementing cutting edge artificial intelligence technology. Giving the Aux app an edge over our competition in the music-tech space.

Great ideas can come from anyone. Regardless of your background, if you have an innovative business idea, but are unsure how to turn it into a reality, then maybe Innovate UK can help!

Learn more about the Young Innovators programme and keep up to date with news, events and funding opportunities by:

Connect with Innovate UK on LinkedIn 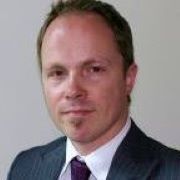 Richard joined Innovate UK as a Communications Manager, with 15 years of engineering and scientific communications experience at spinouts, scale-ups and billion-pound multinationals.

He is passionate about celebrating the achievements of the Innovative UK companies.