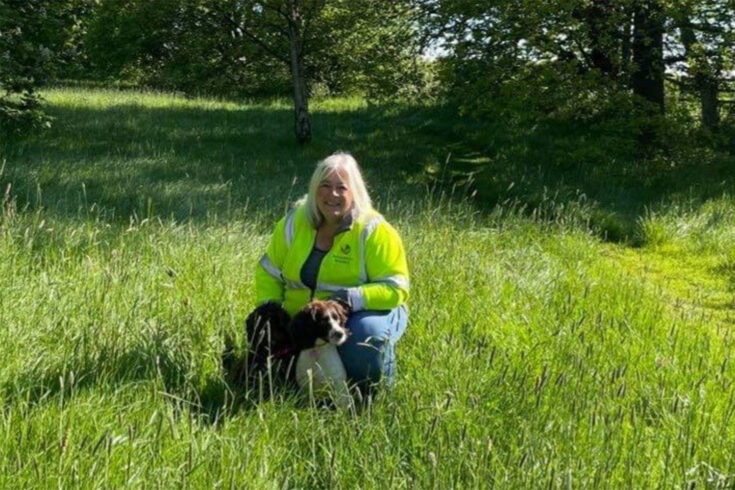 She has the challenging role of facilitating the field experiments that take place across the 400 hectares of experimental farmland at Rothamsted’s three sites in Hertfordshire, Bedfordshire and Suffolk.

The farm and the team, underpin the science and research carried out at Rothamsted.

Sometimes researchers know exactly what and where they want to grow, but often we advise them on the best options. The sites are also run as commercial farms, so we sow, manage and harvest the crops, and incorporate the research areas within these.

We run trials from micro plots through to larger scale research, trials can typically be from one to five years. However, we also host an array of long-term experiments; Broadbalk being the most notable dating back to 1843.

Helen’s background is in farm management. A former dairy farmer in the UK, she started work at Rothamsted in July after 12 years in New Zealand, where she managed a dairy research facility.

I do miss the cows, but it’s really interesting learning more about arable farming.

A lot of the work we did in New Zealand was on field trials, so there are lots of transferrable skills.

The main site at Rothamsted is crossed by several public footpaths, so in addition to running a busy team, she is also an important public face of Rothamsted, answering queries, ensuring safety and explaining the science.

When out in the fields I get the chance to interact with the public – generally people are interested to hear about the science, and how our work is different here. We are in a unique location at Rothamsted; I think it’s important for agriculture to increase public engagement.