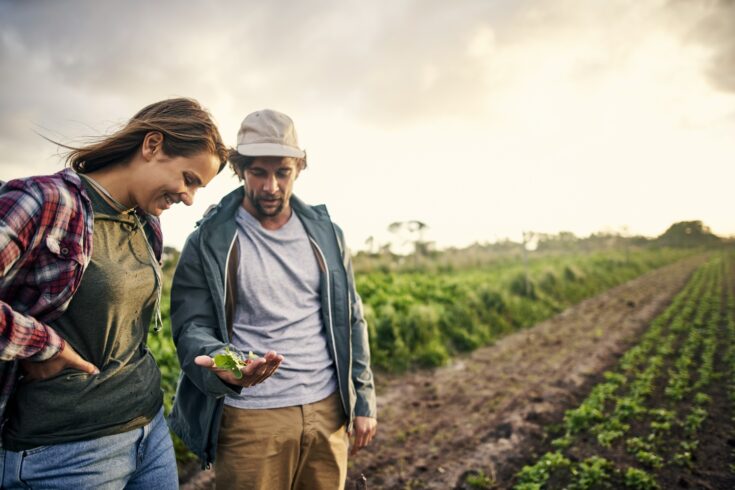 Farmers and agri-food companies around the world have been able to slash their carbon footprints, thanks to a ground-breaking tool developed by NERC-funded researchers.

With food production responsible for 37% of global greenhouse gas emissions, innovations in agricultural practices to reduce them have a huge role to play in achieving net zero by 2050.

Back in 2010, the Cool Farm Tool (CFT) was launched by Natural Environment Research Council (NERC)-funded researchers at University of Aberdeen together with:

CFT is an online greenhouse gas (GHG) calculator that farmers can use to take steps to reduce their carbon footprint, while at the same time maintaining or even boosting yield and productivity.

Since then, the project has grown and become more ambitious, as more organisations got involved such as:

The tool is run by the not-for-profit Cool Farm Alliance. It has helped tens of thousands of farmers in more than 140 countries around the world assess their carbon output and take steps to reduce it.

A highlight of the tool is how it engages users with making sustainable decisions. The Agricultural Sustainability Manager (Europe) at PepsiCo, said:

I like the Cool Farm Tool because it’s not a black box. With other tools you… just pay for the study and are delivered the results. This is a better way of engaging.

CFT has benefited from significant funding over the last 10 years from:

This funding, alongside membership contributions from the Cool Farm Alliance, composed of 104 members, has supported continuous development of the tool as new science emerges.

UK Research and Innovation is investing £19.6 million in the South Asian Nitrogen Hub, with £70,000 allocated to the Cool Farm Alliance over five years.

The same team at Aberdeen also developed the windfarm calculator, which has reduced the carbon impact of new onshore wind farm developments.

UK peatlands store 3.2 billion tonnes of carbon, and will do so for centuries to come if conserved.

The tool allows the carbon savings and losses on proposed wind farms on Scottish peatlands to be calculated by windfarm developers.

The savings calculated by the tool inform the siting of windfarms on soils lower in carbon. Thus satisfying consenting requirements and reducing net GHG emissions, while preserving intact peatlands, and creating jobs at the windfarms.