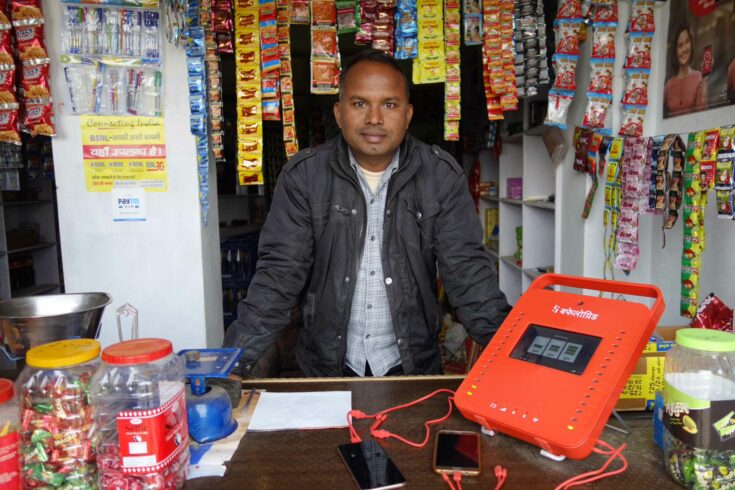 This smart energy business supported by Innovate UK aims to power a smartphone revolution that will help drive wealth and wellbeing in the developing world.

We rely on mobile phones in the developed world, we:

And yet it goes much further. The United Nations sees improved mobile connectivity as key to ending poverty, halting climate change and fighting injustice and inequality across the world by 2030.

Increased smartphone use is having a major impact in the developed world:

But smart devices rely on power and it is estimated that 700 million people with access to a smartphone do not have power, including 300 million in India alone.

The mobile phone is the most significant tool for people living in developing regions. They are known as ‘smartphone-first users’. They don’t have laptops, they don’t have PCs. All their work, all their entertainment, everything goes through their mobile device. The first barrier to internet adoption is power.

BuffaloGrid has developed a smartphone charging hub with support of Innovate UK funding. The device has an internet connection and can charge many phones at one time with power supplied by solar panels.

The prototype BuffaloGrid hub is being used in mobile operator shops in rural parts of India where electricity is unreliable and intermittent. This means customers can charge their phones for free when the electricity supply is down. The company is planning to commercially supply hundreds of new hubs in the next 12 months.

We are starting to look at different markets. We are working with the High Commissioner for Refugees for an incoming trial in a refugee camp in Uganda. We also have interest from Papua New Guinea, Haiti and Rwanda.

Working with Innovate UK has been very effective for us. It has given us the opportunity to keep innovating and developing our technology. We started with a bicycle generator and now have an internet-enabled solar-powered hub that works on a subscription model paid for by network operators and is free to the user.

Daniel started BuffaloGrid in 2011 and the company now employs people in the UK and India. He said:

What we often forget is that one in two people in the world do not experience the internet. Our vision is to connect the next one billion people. Connectivity is the stepping stone to a more productive, healthy and enhanced life.