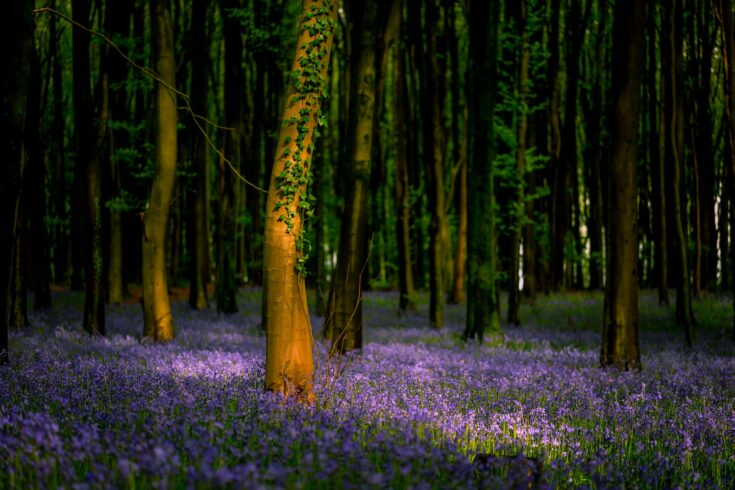 From rainforests to savannahs, and peatbogs to oceans, humans have pushed many of the world’s ecosystems towards collapse. To restore our natural world, we need the very best evidence.

The importance of ecosystems

An ecosystem is a community of living organisms that interact with each other and the environment around them. Ecosystems support all life on Earth, providing us with food, water, and medicine. They also provide us with the energy we need to sustain human civilisation.

There is a growing realisation that we cannot combat climate change and prevent critical loss of biodiversity by simply preserving the environment. We must restore lost and damaged habitats by:

In recognition of this urgency, this year’s World Environment Day will kick off the UN Decade on Ecosystem Restoration, a global mission to revive billions of hectares, from forests to farmlands.

However, to succeed, governments and conservation organisations will need the best evidence about what type of ecosystem restoration projects work.

The process of ecosystem restoration is already happening in many areas where human use is no longer economical, such as:

However, restoring an ecosystem is not a simple process. Many of these projects fail, and the reasons for this are not always clear. There are no agreed standards for measuring the success of habitat restoration.

Ecological restoration projects often involve trying to return semi-natural areas to what they looked like before they were disturbed. However, even if this were possible, it may not be desirable.

Rather than recreating an idealised version of a habitat that may have existed hundreds of years ago, it is more important to make sure that restored ecosystems are functional and resistant to climate change. This is according to scientists behind the Restoring Resilient Ecosystems (RestREco) project.

Professor James Bullock, an ecologist at the UK Centre for Ecology and Hydrology says:

To be successful, ecosystems need to provide the services that are required in the modern age, such as storing carbon, providing clean water, or providing a habitat for a range of species.

If you try to recreate an ecosystem that resembles something in the past, how is that going to cope with our changing climate and the levels of pollutants that humans are putting into the atmosphere, soils and water?

Instead, the RestREco project aims to provide a new way of assessing the success of ecosystem restoration programmes based on ecological complexity.

In a nutshell, complex systems have lots of different species of plants and animals in them, all of which interact with each other in living networks. The more complex the ecosystem, the better it is at providing ecosystem functions like storing carbon, and the more resilient it is to future change.

If you have more species that is good thing, but these species also need to be interacting.

Having a range of different plants and vegetation at different heights also adds complexity. For instance a good example of a complex ecosystem is an ancient woodland, containing mosses, bushes and a variety of trees.

Even in grasslands you have a lot of structure. If you get down on your knees it can look like a mini rainforest as there’s so much going on there.

As part of the RestREco project, scientists from the UK Centre of Ecology and Hydrology and Stirling University will work with conservation organisations such as:

This is to measure the complexity of ecosystems around the UK that have been restored, or are in the process of being restored.

As well as using traditional methods such as counting the number of species in an area, researchers are pioneering innovative approaches. For example, using sound recorders to pick up the complexity of animal and plant life.

If there is a greater variety of sounds going on, that’s an indicator of greater complexity.

Whether that’s bats, birds or crickets, or the sound of leaves rustling and falling to the ground.

Mangrove forests make up one of the most biologically diverse ecosystems on the planet.

Providing a unique transition between land and sea, these coastal forests:

However, in Indonesia, up to 40% of mangrove forests have been lost, with most converted into shrimp farms, which become unsustainable after five to 10 years. The Indonesian government has put large amounts of resources into restoring the lost mangrove forest to repair the traditional local fishing economy. However, these projects have met with mixed success, and there is no clear template for what works.

The CoReNat consortium aims to change all this. A collaboration between British and Indonesian universities, the project involves comparing natural and restored mangroves to see if restored sites have replicated the complexity and function of the natural forest.

One of the main things that researchers are looking at is the complexity of ecological networks present in the forest. For instance, what herbivores, predators, pollinators and parasites are present, and how they interact with one another.

Researchers in the field are measuring these interactions in a variety of ways, including:

The scientists are even using a method called DNA barcoding to find out what predators have had for dinner.

Once covered in dense forest, much of East Africa has now been converted into grasslands and agriculture. Over time this land has become barren, with farmers unable to grow crops or graze livestock. As a consequence, across Sub-Saharan Africa (SSA), approximately 660 million hectares of land is now degraded.

Unfortunately, this also jeopardises neighbouring forests and grasslands which have not yet been converted into agriculture, as farmers seek new land on which to graze their livestock.

Led by Lancaster University, the project explores how increasing plant biodiversity in the grasslands of the highlands of Kenya can help restore grazing land.

Previous research by the team has found that planting a diverse mixture of plants can improve the health of soils in degraded landscapes.

Diverse planting schemes encourage plants to form long, deep and fine roots. This increases contact with the soil, helping to protect plants against drought. Rich and complex root systems also provide a good environment for microbes, which in turn promote nutrient and carbon cycling in the soil.

The ReDEAL project will test this theory by growing a variety of plant species in controlled conditions in soils taken from two grassland sites in Western Kenya.

Lakes are vulnerable to a wide range of environmental pressures. These include climate change, pollution and land use change.

At the same time, they provide essential services to society including, water supply and recreational facilities. The UK Centre for Ecology and Hydrology (CEH) has conducted routine monitoring of water quality in the Lake District since 1989. This mine of data has played a key role in lake restoration programmes over the last 30 years.

For instance, environmental monitoring of Loweswater lake in the early 2000’s showed that excessive amounts of phosphorus from surrounding local farms was leaching into the lake, causing an explosion of algae. Algae can be devastating for marine ecosystems as it soaks up oxygen and blocks off light, killing fish and other animals.

To find ways of minimising the impact of local farms on the lake, the Loweswater Care Project brought together:

As a result of the partnership, fertiliser application rates were quickly reduced, putting the lake on the path to achieving ‘good ecological status’ by 2027.

Here too, phosphorous was the culprit. The CEH’s scientists advised on measures to mitigate the phosphorus problem.

Even though recovery in the 1990s was delayed by the lakebed releasing decades of stored nutrients back into the waters, recent improvements in lake water quality have increased its conservation and recreational value. Bird numbers have increased, the fishery has improved, and there are now more visitors. Income from tourism has increased and water treatment costs have decreased.

So, there are ways to make improvements, but research and innovation are helping ensure that this continues.