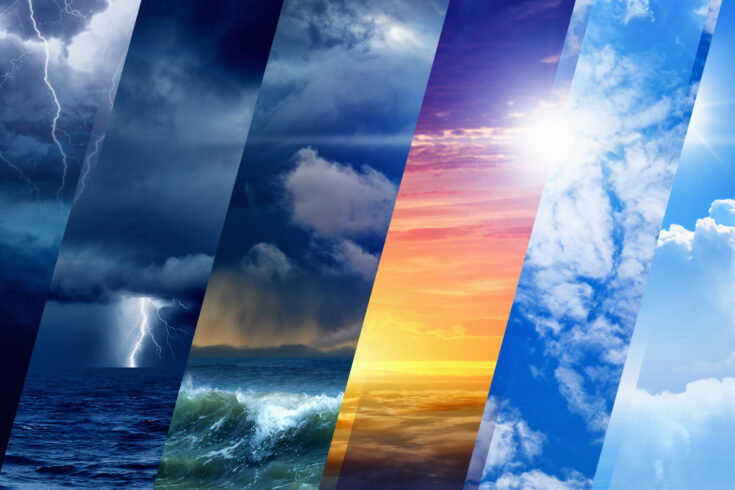 On World Meteorological Day, we look at some of the work UKRI is doing to monitor our oceans, our climate, and the weather. Oceans are one of the key drivers of our weather and play a significant role in mitigating climate change.

70% of the Earth’s surface is covered in oceans. The growing impacts of climate change are making ocean observations and research more important than ever before.

In recognition of this, the theme of this year’s World Meteorological Day, which takes place every year on 23 March, is ‘the ocean, our climate and weather’. The weather has a huge impact on our lives too, affecting everything from:

UK Research and Innovation (UKRI) has a tradition of supporting world class research into oceans, climate and weather.

Here we highlight just some of the research being carried out in this area. 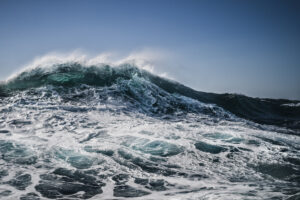 Monitoring our oceans has become increasingly crucial. The Atlantic circulation plays a critical role in the global climate system and has a substantial impact on the UK weather and climate.

Changes to, or the collapse of, a large system of ocean currents known as Atlantic Meridional Overturning Circulation (AMOC) could lead to significant temperature changes across Europe.

An AMOC shutdown would cause:

The UK has developed and contributed to world-leading programmes of long-term, global-scale ocean observations.

Since 2004, researchers have been using a range of instruments to monitor the oceans.

The Natural Environment Research Council (NERC) funded Rapid Climate Change programme (RAPID) saw an array of instruments installed across the Atlantic Ocean in collaboration with the US National Science Foundation (NSF) and the US National Oceanic and Atmospheric Administration (NOAA). 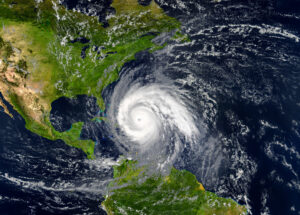 Following the success of the first Atlantic Ocean monitoring array, NERC again worked with the NSF to deliver a second array, the Overturning in the Subpolar North Atlantic programme (OSNAP), spanning the ocean between Canada, Greenland and Scotland.

Accurate prediction of short-term weather patterns and longer-term climate trends is crucial to the UK’s prosperity and resilience. Robust and reliable forecasting is essential to the ability of government, business and the public to:

It also makes it possible to minimise the disruption, distress and sheer cost caused by events such as:

Data from RAPID and OSNAP has not just improved weather and climate models harnessed by the Met Office, for instance, but has been used in the influential reports produced by the Intergovernmental Panel on Climate Change (IPCC).

This work continues to provide crucial evidence about how currents are changing over time.

90% of the data that goes into weather forecasting models is provided by satellites. The Science and Technology Facilities Council (STFC)’s RAL Space has developed a number of sophisticated instruments that will transform satellite capabilities in this area over the coming years.

For example, RAL Space has developed an onboard pointing and calibration system (PCS) for the MicroCarb mission, led by the French space agency and the UK Space Agency. The aim of the mission, due to be launched in 2022, is to understand more about the carbon cycle, one of the most important factors in climate change.

The mission will measure the fluxes of CO2 on Earth’s surface, as well as how much carbon is being absorbed by oceans and forests and how this varies between seasons.

The PCS will ensure that onboard instruments are accurate and reliable. They will enable scientists to point at specific targets on the ground such as cities. This is to allow local measurements of CO2 emissions from urban areas to be taken.

RAL Space have also developed millimetre wave receivers for the MetOp-SG satellites, Europe’s next generation of weather satellites. This will play an important role over the next two decades in measuring:

The receiver will be integrated into the Microwave Sounder, an instrument to measure the temperature and humidity of the atmosphere.

RAL Space is also involved in an instrument for the Sentinel-3 satellites, part of Europe’s Earth-monitoring Copernicus programme.

Together, the Sentinel-3 satellites continually monitor the land and sea, supporting ocean forecasting systems as well as environmental and climate monitoring.

The job of the Sea and Land Surface Temperature Radiometer (SLSTR) is to provide highly accurate measurements of global Earth surface temperatures, including monitoring events like the El Niño phenomenon in the Pacific Ocean.

Back down to Earth and expertise from STFC’s Hartree Centre in High Performance Computing (HPC), is being used to feed into the Met Office’s next generation weather forecasting and climate prediction model.

In recent years, severe winter weather experienced in the UK has reduced its GDP by as much as 0.5%. The resultant travel disruption can cost the UK economy up to £280 million per day (House of Commons Transport Committee report).

A project known as GungHo has been set up to design and build the heart of the Met Office’s next generation software. It is known as the dynamical core, and uses algorithms that will scale to millions of cores. The software is being written so that it can be configured to run efficiently on the different styles of next generation computers.

The project, funded by NERC, is a collaboration between the Met Office, the Hartree Centre and NERC. The new code is anticipated to replace the dynamical core of the Met Office’s Unified Model (UM).

The UM is the principal UK tool for weather and climate prediction. It is also used by other national weather services, such as the US Air Force Weather Agency, and in a number of countries including:

In less than a decade, we will be using supercomputers that are thousands of times faster than any existing system.

The ability to harness the power of these next generation computers for weather and climate prediction will mean more accurate forecasts. This will help us to better deal with severe weather and adapt to climate change, maintaining UK leadership in environmental prediction.

To keep up with the radical changes to supercomputer architectures that are on the horizon, the appropriate software is needed. Existing simulation codes will not perform effectively on the exascale systems that are anticipated by the mid-2020s.

The ExCALIBUR programme will address this challenge by redesigning high priority computer codes and algorithms. Research software engineers and scientists will work together to future-proof the UK against the fast-moving changes in supercomputer designs.

The programme is led by the Met Office and the Engineering and Physical Sciences Research Council (EPSRC) along with:

Providing insight into the ocean, our climate and weather, the theme of this year’s World Meteorological Day, is crucial in the quest to mitigate climate change. It needs the collective might of researchers looking to solve numerous problems simultaneously. Here we have highlighted just some of the work being carried out in this area.