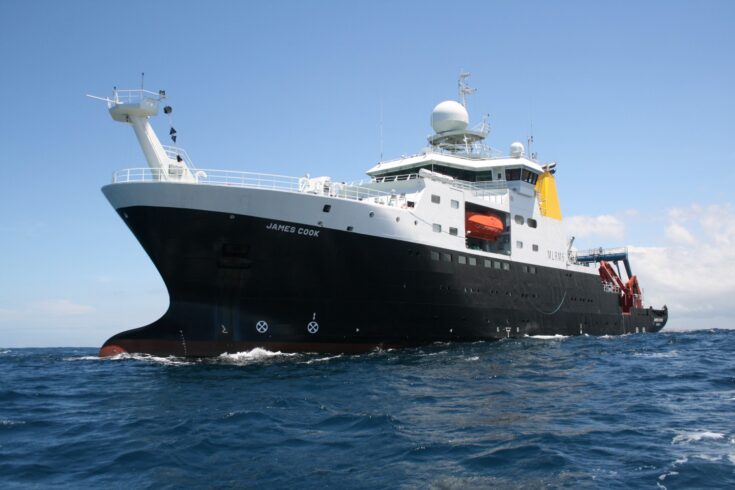 Industry and Maritime Minister Nusrat Ghani has announced £45 million in funding to maintain the UK’s state-of-the-art fleet of research vessels.

The contract, awarded to Babcock International by the Natural Environment Research Council (NERC), is a key component of the government’s National Shipbuilding Strategy, boosting investment in the prestigious UK shipbuilding industry.

Maintenance and upgrades will be carried out on RRS Sir David Attenborough, RRS Discovery, and RRS James Cook. These 3 ships conduct innovative scientific research into our oceans and polar regions, and support scientists tackling global issues such as climate change and pollution.

RRS Sir David Attenborough and its maiden voyage to Antarctica inspired the explorer in all of us, venturing into some of the world’s most unforgiving climates, while conducting vital scientific research on pressing global issues like sea level rise and marine biodiversity.

This research is invaluable, which is why we are committing the funding needed for the upkeep of these key research vessels, drawing on Rosyth Shipyard’s proven track record of excellent work maintaining UK ships.

The shipbuilding industry supports more than 40,000 jobs across the UK. This investment will secure highly skilled jobs and suppliers to maintain the UK’s advanced fleet of research ships.

This is another fantastic example of the National Shipbuilding Strategy delivering for British industry and boosting investment in UK yards.

The UK’s fleet of advanced research ships provides state-of-the-art facilities for scientists to conduct research of our oceans and polar regions, building our understanding of the ice, atmosphere, and seas.

We look forward to working with Babcock Rosyth to maintain these ships and onboard facilities, which are a key part of the UK’s scientific infrastructure.

Babcock Rosyth is a leading provider of maritime support, and where maintenance, repairs and upgrades are also carried out on the UK Royal Navy’s aircraft carriers.

We are delighted to have been awarded the contract to maintain this important NERC fleet.

Our flexible and efficient solution will ensure the fleet is maintained to exceptional standards and optimise vessel availability in support of NERC’s global footprint.

Tom Chant, CEO of the Society of Maritime Industries, said:

Congratulations to Babcock on this important business win. The Rosyth base has already benefitted from the investment for the Type 31 project. This has developed the workforce and their skill base and created a world beating shipyard.

The skills and facilities at Rosyth will be a great match for the NERC vessels with their specialist requirements and tough expeditionary voyages.

The RRS Sir David Attenborough is operated by the British Antarctic Survey (BAS) and is one of the world’s most advanced polar research vessels, having departed the UK for its maiden voyage in November 2021.

The vessel recently left its UK home port on 20 November 2022, for a 6-month expedition to Antarctica.

In the coming expedition, the RRS Sir David Attenborough will be testing a new artificial intelligence system which will help chart the most environmentally-friendly route at any given time.

Measuring 129 metres in length and with a range of 19,000 nautical miles, it accommodates up to 90 crew, scientists, and support staff, and will enable research of the oceans, seafloor, ice and atmosphere.

The RRS Discovery (2013) and RRS James Cook (2006) are operated by the National Oceanography Centre (NOC). They conduct oceanic exploration around the world, undertaking multi-disciplinary marine science to unlock the mysteries of the deep ocean.

Following the refit, RRS Discovery will be heading to the Arctic to explore nitrogen fixation with the University of Liverpool and NERC. The RRS James Cook will continue its research expeditions to some of Earth’s most challenging environments, from tropical oceans to the edge of ice sheets.

All 3 research ships use state-of-the-art technologies such as autonomous underwater vehicles, including the famous NOC Autosub called Boaty McBoatface.

Boaty, and other NOC-developed technologies have the ability to travel under ice and to depths of 6,000 metres to investigate the process driving change in the Polar regions.

The marine robot fleet at NOC is one of the most capable in the world and support the ships’ scientific research with environmentally-friendly marine observation.