Advancing the next generation of science facilities 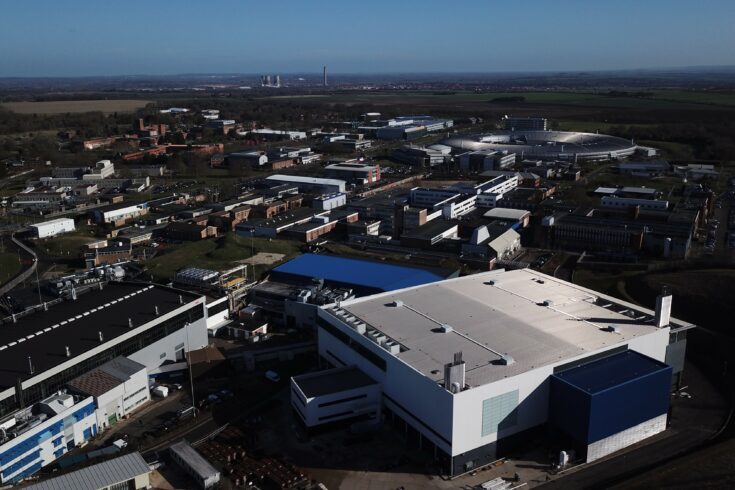 Two globally renowned Oxfordshire research facilities are set to benefit from £4 million funding aimed at offering the next generation of neutron and X-ray science.

Scientists at the Science and Technology Facilities Council’s (STFC) Rutherford Appleton Laboratory (RAL) will use the funding to lay the groundwork for future development of both major facilities. This will keep them at the cutting edge of what is scientifically possible.

Researchers at RAL undertake pioneering work to address some of the important challenges facing society, in areas such as:

RAL is located on the Harwell Campus and is home to a range of laboratories and facilities, and is funded and managed by STFC, part of UKRI.

This funding, from the UKRI Infrastructure Fund, will allow the UK to plan the successors to the current world-class ISIS Neutron and Muon Source and Diamond Light Source at RAL. This will allow scientists to continue answering the key scientific questions of the day with enhanced imaging techniques and applications.

STFC’s RAL campus is the home to a variety of very large multi-disciplinary research facilities, including the Diamond Light Source synchrotron, and the ISIS Neutron and Muon Source.

RAL is unique in bringing together such a wide range of top-end facilities on a single site.

These world-leading machines provide intense beams of light and other particles to image matter at the molecular and atomic scale for a wide range of research disciplines. The investment announced today is an important step in maintaining the UK’s position as a global science leader with cutting-edge national scientific facilities.

A £1.5 million investment will allow STFC to look into a successor for the ISIS Neutron and Muon Source facility, which will be needed by 2040.

The facility produces beams of neutrons and muons that allow scientists to study materials at the atomic level using a suite of instruments, often described as ‘super-microscopes’.

Neutron imaging is a unique tool for exploring materials at the nanoscale in a non-destructive way, producing results that cannot be achieved using other techniques. As it is non-destructive, it can be used in a range of applications, including but not limited to, looking at:

At the heart of the ISIS facility is a proton accelerator which creates intense pulses of protons at 84% the speed of light, 50 times a second.

The target stations use the protons produced by the accelerator to generate neutrons, using a process called spallation.

This scoping project will enable research into an optimal accelerator and target system architecture for ISIS-II.

For over 30 years ISIS has been a world renowned UK research facility, used to study everything from anti-bacterials to batteries. But the present facility won’t last forever. This investment enables us to start the early design for a new facility.

Diamond Light Source is the UK’s national synchrotron, based at RAL and funded via STFC and the Wellcome Trust.

It harnesses the power of electrons to produce incredibly intense beams of X-ray light that can be used like a giant microscope to image matter at the molecular and atomic scale.

Thanks to this latest £2.5 million investment, the first phase of developing the final technical design for a transformative upgrade of the light source can begin.

Known as Diamond-II, the upgrade plans include:

This programme will offer a 70-fold improvement in the brightness of the light, increasing performance through:

This will open up wholly new insights into materials research, as well as offering:

Diamond’s mission is to keep the UK at the forefront of scientific research. We do this by providing our 14,000 strong users in academia and industry with access to our state-of-the-art facilities, enabling them to fulfil their research goals across a wide variety of scientific disciplines.

The economic impact of Diamond has been estimated as at least £1.8 billion to date, representing a very favourable return on investment. The Diamond-II Programme will build-on Diamond’s world-class position, and enable us to continue to deliver brilliant science tackling some of the most challenging scientific questions of the 21st century.

We are very grateful to our funding agencies UKRI’s STFC and the Wellcome Trust for their trust and ongoing support.