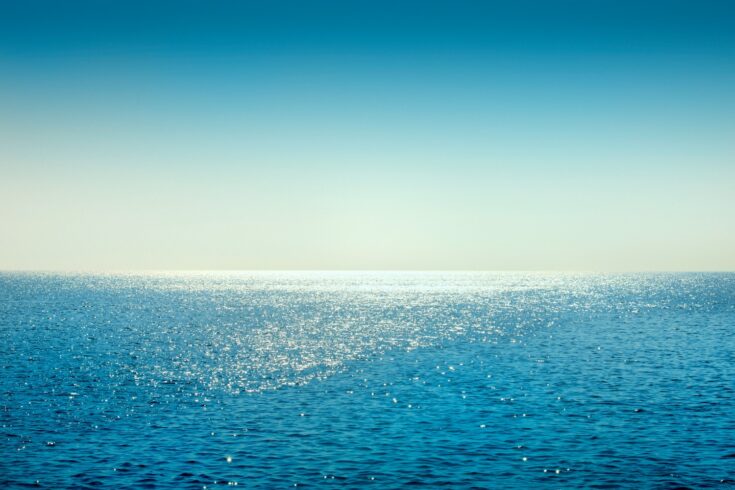 The projects are designed to support the development of disruptive, adventurous ideas for new materials, devices, fuels and technologies.

The projects are in support of the government’s ambition to achieve a net zero society by 2050.

Each project is supported with a £250,000 grant from the Engineering and Physical Sciences Research Council (EPSRC), part of UK Research and Innovation (UKRI), to develop their adventurous ideas further.

By investing in innovative clean tech projects like those announced today we are supporting both UK research and our global clean tech sector.

Harnessing and building on the latest developments in chemical engineering, materials science and chemistry, these ideas could help to halt the climate crisis and deliver sustainable, long-term growth.

For more than 50 years, UKRI and its councils have been investing in the cutting-edge research and innovation essential to understanding and tackling the environmental challenges that we face.

To help realise a more sustainable and secure world, researchers and innovators are supporting new solutions, behaviours and ways of living.

These projects range from green transportation and agricultural transformation, to investigating our changing planet and future energy systems.

The projects and their respective principal investigator (PI).

The increased competitiveness of renewable power plants has driven the need for flexible energy storage technologies such as batteries. This is due to the rapid decrease in cost of wind and solar power generation.

While lithium-ion batteries currently dominate the market, they suffer from high maintenance costs and safety restrictions, and use rare and unsustainable elements such as lithium and cobalt.

Redox flow batteries (RFBs) use electrochemical cells in which chemicals are dissolved and offer a cheaper, safer alternative.

The team aims to develop RFBs that use and reuse H2 carriers without the need for toxic or expensive components. It delivers a clean and reversible energy source that could drive further decarbonisation of transport.

Ammonia has great potential for use as carbon-free liquid fuel in power generation, marine vessels and long-haul vehicles where batteries cannot be used due to their low energy density.

Currently, its potential is limited by incomplete combustion and poor engine performance when used in combustion engines.

However, researchers aim to develop a new type of liquid ammonia blended with hydrogen which can overcome these difficulties.

This could be used immediately in existing engines, significantly improve engine performance and lower emissions.

This can lead to a 100% reduction in carbon dioxide (CO2) emissions in:

This project aims to achieve a world-first in exploring how CO2 could be converted into hydrocarbons for energy use through plasma electrocatalysis.

Through this process, a reaction would be induced applying a voltage between two electrodes in a weakly ionised gas, resulting in the reduction of CO2 and the oxidation of hydrogen.

Following experimentation on this process, the team aims to build a prototype device that could ultimately generate a renewable form of energy. This can be used for efficient energy storage or to decarbonise important industrial processes.

This project has an ambitious vision, to pull the building blocks of important chemicals, such as carbon or nitrogen, directly from the air and use them to create new chemicals.

Using renewable energy to do so would create the development of a carbon-negative chemical industry where fuels, fertilisers and consumer products can be created for the benefit of the environment.

The researchers aim to synthesise negative emission methanol as a replacement for oil, through the combination of direct air capture and catalysis.

This helps develop a new approach that could reduce the amount of harmful CO2 emissions and minimise energy usage.

Could the combustion and regeneration of powder from common metals such as iron and aluminium provide a zero-carbon source of heat generation and storage?

This project will explore the feasibility of this approach.

It has the potential to deliver benefits in a wide range of sectors where fossil fuels can be replaced or new systems can be created, including:

The project aims to develop an adventurous new battery technology that is:

The technology is based on abundant and cheap elements such as potassium and sulphur as opposed to rare and extensive transition metals.

It will also reduce the use for a large amount of alkali metal by avoiding the need of anodes, which increase the energy density of battery cells.

This adventurous battery technology has great potential in providing the extra grid-connected energy storage required to decarbonise the electricity sector and accelerate the transitioning to net zero carbon emission.

The waste CO2 produced through processes such as steel manufacture, cement production and brewing can be used to make products which society relies on, such as:

But electrocatalytic CO2 reduction, one of the most promising methods of doing this, is currently held back by the fact that the presence of hydroxide.

Its presence means the energy cost of extracting CO2 can often outweigh the benefits.

The project aims to redesign the way these catalysts work by:

Could seawater be used to store renewable energy, generate our electricity and provide clean drinking water?

This project aims to deliver on this ambition by overcoming challenges to the development of seawater electrolysis, which uses renewable energy to split seawater into oxygen and hydrogen gas.

The hydrogen gas can be used in fuel cells to generate electricity on demand, with only pure water as a by-product that is drinkable.

The oxygen gas can be used for medical or water treatments.

If successful, this new net zero technology could provide a reliable, clean source of energy as well as clean water.

Nitrogen fixation, where nitrogen is combined with other elements to create compounds such as ammonia and nitrates, is so critical to food supply.

It is estimated that between a third and a half of the world’s population would starve to death without the fertilisers produced through it.

The process is however a major contributor to global CO2 emissions, and the researchers aim to develop a sustainable new method of fixing nitrogen using ultrasound.

The new method of fixing nitrogen would require only air, water and electricity, making its environmental impact considerably lower than conventional approaches.

Electronic thermoelectrics use semiconductors to convert waste heat into electricity.

This is an established energy generation technology, used by NASA to power the Mars rovers.

However, it is not very suitable for low-grade waste heat recovery due to poor power generation from small temperature differences.

The researchers aim to develop new power generation devices exploiting ions, atoms with electric charges, that could be used to increase the sustainability of industrial processes and reduce carbon emissions.