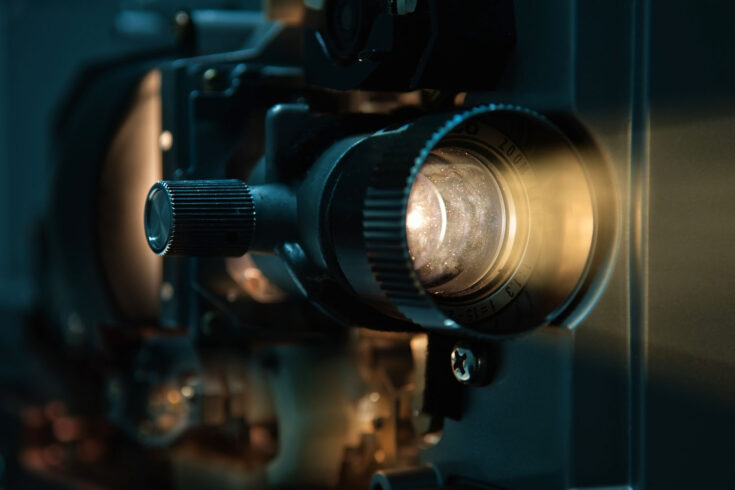 On Wednesday 11 November the Arts and Humanities Research Council (AHRC) announced the winners of their Research in Film Awards (RIFA).

RIFA’s first ever online ceremony enabled more people than ever to experience and celebrate ground-breaking work from some of the UK’s leading documentary film-makers.

Now in their sixth year, the awards, organised by AHRC, part of UK Research and Innovation (UKRI), are the only awards dedicated to showcasing arts and humanities research through film.

From the humble bathroom to the awe-inspiring Arctic, this year’s winners draw out compelling experiences from the world we live in today.

This year’s special category is ‘climate emergency’. AHRC is proud to support the unique ability of arts and humanities research to help us understand and adapt to environmental change and communicate the threats to our planet.

More generally, AHRC is committed to continuing support for the creative industries, with RIFA connecting people with research through film.

AHRC has received over 800 entries over the past six years, with films entered from over 80 universities across the UK.

The evocative short films, all under 30 minutes, are thought-provoking reflections, which include documentary and animation.

AHRC-funded research demonstrates the power of the arts and humanities to give us new insights into our changing world, which are essential to rebuilding and strengthening our society post-COVID.

Ensuring that our research delivers impact outside of academia and engages diverse audiences is fundamental to AHRC’s mission.

The films honoured by the AHRC Research in Film Awards bring research to life in a readily communicable way, and sometimes represent substantial pieces of research in their own right. All demonstrate the ability of arts and humanities research to inspire and motivate change.

The five winners were selected from over a hundred submissions in the different categories and received a trophy as well as £5,000 towards future filmmaking projects. The AHRC Research in Film Awards 2020 winners are:

Shelter without Shelter examines how large numbers of refugees were housed in Berlin after the great ‘summer of migration’ in 2015.

Thousands of forced migrants were arriving in the city every day and the city government responded by adapting large empty buildings into shelters. These included the old Nazi-era Tempelhof airport and a huge 1970s conference centre that had been abandoned for many years.

The film explores what these spaces looked like, how they were adapted and the challenges of living inside them. As winter approaches and the COVID-19 pandemic continues to affect the world, Shelter without Shelter is more relevant than ever when looking at the role of architecture in designing refugee shelters.

Filmed in Lithuania, three contributors: Agnė, Laurynas and Mantas reflect on the time when they first began to hear voices and relive life-changing incidents they’ve experienced since. Torment or blessing? Each has a unique take on their condition.

A documentary about living with the voices that set you apart,  the film shows a raw yet optimistic portrayal of psychosis from the point of view of the contributors without pathologising their condition.

Voices Apart effectively uses the practice of Verbatim Theatre, placing the recorded vocal testimony from the three real-life voice hearers into the mouths of actors who lip sync and act out their stories. There are occasional inevitable slippages that come with this technique, creating a delusional atmosphere.

A Short Film About Ice is a film-poem documenting the journey of cinematographer Adam Laity through the changing landscapes of the Arctic.

Touching on themes of cultural responsibility and eco-anxiety, the dramatic imagery of the film depicts the shapes and colours of glaciers, tundra, mountains and sea ice. These images explore the role of the human and the artist within such fragile polar landscapes in a time of rapid climate change. Director/writer Adam reads a selection of poetry and other writing throughout.

Adam spent a month in the Arctic during the summer of 2017, aboard what was once a scientific sailing ship, with a collection of artists and scientists from around the world. He had some very specific plans and ideas to shoot and document his experience.

However, in the build-up to the trip and during his voyage, he suffered from a series of mental breakdowns, provoked by coming face to face with the consequences of the climate emergency.

Bathroom privileges is a short animated documentary looking at some of the difficulties people face accessing public bathrooms. The interior and exterior design of these spaces is visualised to convey the lived experience of contributors Ben, Kemi and Emma, whose stories focus on themes of race, disability, and gender.

Fantastical elements in animation expose, highlight and emphasise stories and emotions, in particular the unifying experiences of not belonging and fear. The public bathroom could be understood to be a place of negotiation of power.

To be a Marma – Inspiration award

To be a Marma is an evocative portrait of the Marma people, a minority indigenous people living in the Hill Tracts of the Bangladesh or Myanmar border.

The Marma people are ruled over by an increasingly symbolic tribal monarchy, as well as the Bangladeshi state. They are battling to protect their identity, culture and land, whilst facing mass climate migration into their ancestral lands from the rest of Bangladesh.

The migration is occurring mainly as a result of climate change. Bangladesh is one of the world’s most densely populated countries on Earth with the impact of climate change increasing every year. Thousands of people affected by flooding and extreme weather are moving to the higher ground of the Chittagong Hill Tracts.

Each category in the AHRC RIFA is judged by a prestigious panel of academics, film industry experts and sector leaders carefully chosen for their unique expertise. This year’s jurors include Chief Executive of the British Academy, Hetan Shah, Creative Director of Aardman Animation, Steve Harding-Hill, and Chief Executive of The Wildlife Trusts, Craig Bennett.