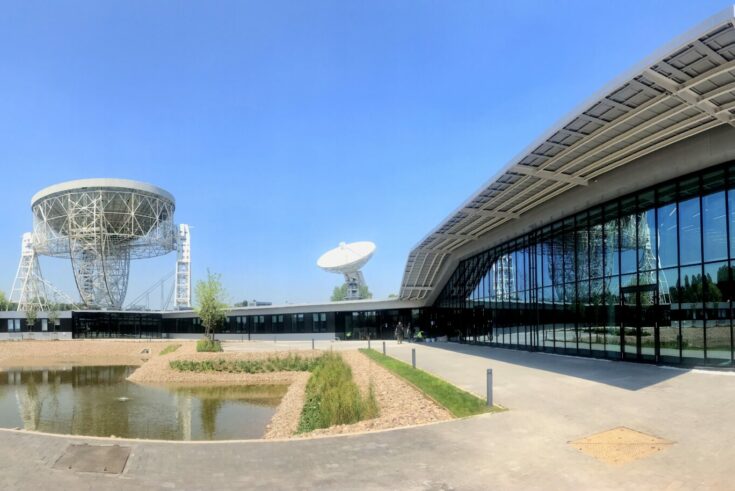 A new intergovernmental organisation, including the UK, was launched today signalling a new era for global radio astronomy.

The Square Kilometre Array (SKA) Observatory, known as SKAO, is the world’s second intergovernmental organisation to be dedicated to astronomy.

The SKAO headquarters is based in the UK on the grounds of the Jodrell Bank UNESCO World Heritage Site, and was co-funded by the UK government’s Department for Business, Energy and Industrial Strategy (BEIS), through the Science and Technology Facilities Council (STFC).

The UK government, through STFC, has committed at least £100million to the construction of the SKA and the SKA headquarters.

The SKA Observatory is one of the most ambitious scientific international collaborations of our time which could open up unrivalled opportunities for the world’s leading astronomers.

Today’s first meeting of the Observatory’s council, headquartered at the UK’s own Jodrell Bank, is yet another pivotal milestone to provide our scientists with access to some of the world’s most sophisticated telescopes, furthering our knowledge of the universe.

This is a historic moment for radio astronomy. Behind today’s milestone, there are countries that had the vision to get deeply involved because they saw the wider benefits their participation in SKAO could bring to build an ecosystem of science and technology involving fundamental research, computing, engineering, and skills for the next generation, which are essential in a 21st century digital economy.

The SKAO, will be responsible for overseeing the construction and operation of the largest and most complex radio telescope networks ever built in a bid to address fundamental questions about our Universe.

The creation of SKAO follows a decade of detailed engineering design work supported by more than 500 engineers, over 1,000 scientists and dozens of policy-makers in more than 20 countries.

Today marks the birth of a new Observatory, and not just any observatory – this is one of the mega-science facilities of the 21st century.

It is the culmination of many years of work and I wish to congratulate everyone in the SKA community and in our partner governments and institutions who have worked so hard to make this happen.

For our community, this is about participating in one of the great scientific adventures of the coming decades. It is about skills, technology, innovation, industrial return, and spin offs but fundamentally it is about a wonderful scientific journey that we are now embarking on.

The first SKAO Council meeting follows the signature of the SKA treaty, formally known as the ‘convention establishing the SKA Observatory’, on 12 March 2019 in Rome, and its subsequent ratification and entry into force on 15 January 2021, marking the official birth date of the observatory.