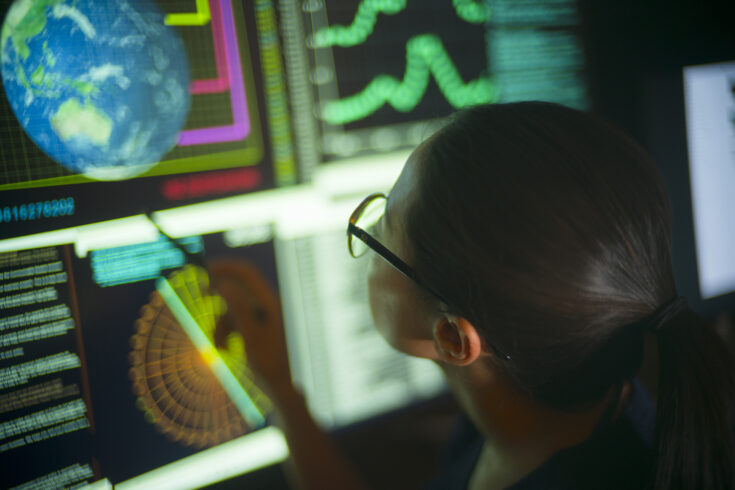 Five innovative new research projects could push the boundaries of science and help us understand key questions of environmental and earth science.

The ambitious studies, led by some of the UK’s leading scientists, are each tackling fundamental questions about the earth and our environment, including how we interact with our planet. The studies will:

The Natural Environment Research Council (NERC) has invested a total of £8 million in the research as part of a unique pilot scheme to fund high risk and innovative science. This is the first time NERC has launched a scheme of this kind.

The Pushing the Frontiers scheme aims to facilitate truly adventurous and ambitious science and exploit new technologies and approaches. The projects will be funded for between three and four years.

These highly innovative research projects could advance our understanding of fundamental questions in environmental and earth science, and lead to important scientific breakthroughs.

The grants are the outcome of an exciting new pilot scheme to encourage and fund some of the UK’s most exceptional environmental scientists to lead more risky and transformational research.

If the UK is to lead the world in achieving scientific breakthroughs, it’s vital that we give our most pioneering scientists and researchers license to go where others haven’t before by driving forward high-risk, high-reward research.

That’s why we are backing these five ambitious studies to the tune of £8 million, to help solve unanswered questions about our Universe,  from the origins of Earth to whether there is life on Mars, all while helping to secure the UK’s status as a global science superpower.

Did hydrothermal vents push the frontiers of habitability on the early Earth?

This research project will study the fundamental question how early life was sustained. Several lines of evidence suggest that the nutrients supplied by deep sea hydrothermal vents could have cradled the earliest life on Earth.

To test this hypothesis, Dr Stueeken will develop a new hydrothermal reaction chamber that will allow her to recreate the pressures and temperatures in the vents and to introduce different:

This could help to understand how volcanic activity on other planets might in theory sustain life, including on Mars and Europa, a moon orbiting Jupiter.

The role of epigenetics in evolution

Professor Slate and his team will conduct the first full study on epigenetics, which is how environmental factors could play a part in changing our genes. Researchers will track the population of Soay sheep on the island of Hirta, St Kilda in the Outer Hebrides.

This population is one of the best studied mammal populations in the world. It has many features that make it ideal to explore the role of epigenetics on evolution. Complete life histories are known for around 10,000 sheep born since 1985. Environmental conditions on the island are challenging, meaning natural selection is strong enough for evolutionary change to have been witnessed and measured in the lifetime of the study.

The project will investigate commonest form of epigenetic effect is known as methylation.

Single-cell organisms called coccolithophores generate over 1 billion tonnes of chalk (calcium carbonate) every year in the ocean. These ocean bugs provide a foundation of the marine ecosystem and are major players in the ocean carbon cycle.

The generation of chalk in the surface ocean affects how much CO2 can be extracted into those surface waters from the atmosphere. And the production of the dense chalk mineral by these carbon-fixing cells, helps them sink to depth and take carbon dioxide from the atmosphere to the deep ocean where it is stored.

This is a fundamental part of the modern carbon cycle but we do not know what limits how much chalk can be produced and therefore how this component will affect the amount of carbon dioxide that the ocean can absorb in the future. By working with interdisciplinary teams and using pioneering techniques, Professor Rickaby will:

This research project aims to establish the limits of stability of the Earth’s marine ecosystems, using modelling on a scale not undertaken before. Marine micro-organisms live on the ocean surface and once they die or are eaten, organic matter sinks to the bottom of the sea. This is a vital process in regulating our climate.

Understanding the causes of mortality of micro-organisms, and the roles of viruses, microplastics and early life cycles, is therefore critical. Organisms’ lifespans are very short and so changes in mortality can substantially impact marine ecosystems. Yet mortality processes have received little attention so far.

Using data from new technology, including imaging of ocean plankton, Professor Le Quéré will develop and use a global ecosystem model to better understand how marine ecosystems are impacted by multiple stressors, including:

This will test the limits of their stability under extreme conditions.

Earth’s core as a layered system

Establishing the origin of Earth’s magnetic field is crucial for understanding planetary habitability and evolution and is widely recognised as a fundamental goal in Earth science. The field has shielded the surface environment from solar radiation for billions of years and now helps mitigate against space weather events, which can significantly impact telecommunications and power grids.

Yet the field is generated in the iron core, an ocean of liquid metal 2800 km below the surface, and so the changes we experience at Earth’s surface reflect dynamics in the most remote region of our planet.

The standard model of Earth’s core cannot explain crucial observations from seismology and geomagnetism and therefore lacks essential physics. Dr Davies believes that the observations can be explained by viewing the Earth’s core as a system of coupled layers, each with their own unique dynamics.

To test this hypothesis, he will develop a new model of the core that requires major enhancements to existing computer codes and solutions of new and complex systems of equations.

About the pushing the frontiers pilot scheme

The pushing the frontiers pilot aims to support our very best individual researchers to push the frontiers of knowledge with ground-breaking, risky, and innovative scientific discovery. The proposals are funded at up to £2 million per award over a period of three to four years, a timescale and funding award that can enable the ambitious and innovative research we seek.

The application process involved a streamlined process, with focus on the proposed transformational research (five pages), and the skills and track record of the individual (two pages).

As part of the streamlined application process, the assessment would focus on the individual applicant and their high-risk, high-reward scientific vision. Joint applications with other researchers were not permitted, although funds may be used flexibly to resource eligible collaborators.

In recognising the PI may lead a team, the applicant had to demonstrate in their track record their capability to advance the careers of others.

This scheme structure encouraged applications from early career researchers (ECR) and within an institution’s demand management allocation, research organisations could submit up to two applications to this scheme, provided one application was from an ECR. There were separate, initial assessment panels for ECRs and established PIs, but a final panel considered jointly the best candidates from each.