Artificial intelligence and robots to aid faster detection of UTIs 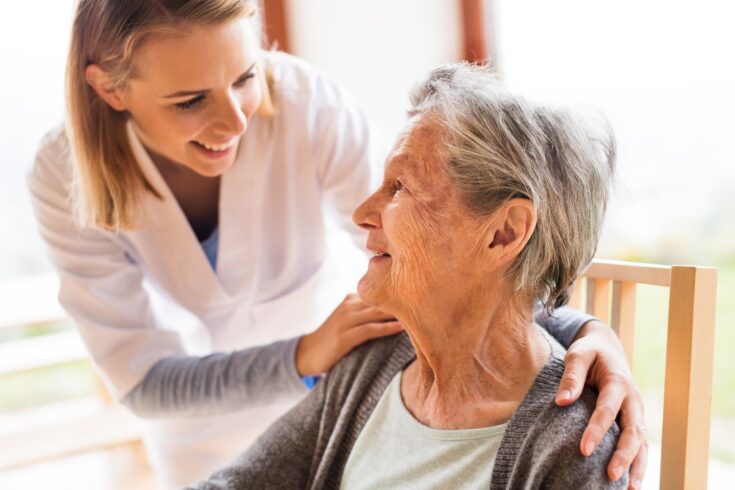 Residents in care homes in Scotland benefit from a project which aims to use artificial intelligence (AI) and robots to detect UTIs earlier.

The work has already been awarded £1.1 million in funding from the Engineering and Physical Sciences Research Council (EPSRC) and the National Institute for Health and Care Research (NIHR).

Researchers from both the University of Edinburgh and the city’s Heriot-Watt University are working together on the Feather initiative. The initiative seeks to reduce some of the negative consequences of late diagnosis of urinary tract infections (UTIs).

The expert leading the scheme, Professor Kia Nazarpour from the University of Edinburgh, said:

It could eventually reduce the number of people attending accident and emergency with infections, as well as helping to tackle the over-prescription of antibiotics.

Most common types of infection

Some 150 million people a year worldwide can suffer from UTIs, making them one of the most common types of infection.

And when detected early, UTIs can be treated with antibiotics, but if left undiagnosed they can lead to sepsis, kidney damage and even death.

Early signs of a UTI can be difficult to spot because symptoms vary according to age and existing health conditions.

There is no single sign of infection but a collection of symptoms, which could include:

The new research involves sensors being installed to spot changes in behaviour. This could indicate someone has such an infection, such as increased kettle use or a change in walking pace, before the individual or their carers are aware of the problem.

These would then trigger an interaction with a ‘socially assistive robot’, with the technology for this being developed at the new Assisted Living Lab at the National Robotarium at Heriot-Watt University.

Researchers are also looking to develop the machine learning methods and interactions for socially assistive robots. These robots could support earlier detection of a potential infection and raise an alert for investigation by a clinician.

Kitty Walker, who is a regular guest at Leuchie House, said UTIs could affect her speech, making it hard to communicate.

The impact of having a UTI can be far more serious than a lot of people may realise. I’ve been hospitalised in the past after the late diagnosis of a UTI led to me having a seizure and I required mouth-to-mouth resuscitation.

It can often take a long time to receive a full diagnosis and be given the right antibiotics to tackle the infection. Being able to spot the early indicators that I have a UTI would save any anxiety I might feel when I know there is a problem and help reduce the number of different antibiotics I need to take.

Professor Nazarpour, the project lead and Professor of Digital Health at the School of Informatics, University of Edinburgh, said:

We also believe it will help to minimise the amount of antibiotics that are necessarily prescribed as a cover while waiting for lab results.

As the second most common reason for the prescription of antibiotics, the infection makes a significant contribution to the increasingly concerning problem of drug-resistant bacteria, and there is widespread advantage to society in implementing better diagnosis.

Data and AI have the potential to transform diagnosis and treatment of so many conditions and improve outcomes for patients.

This research will make a big difference to detecting UTIs as quickly as possible, and I am glad residents in Scotland’s care sector will be some of the first to benefit.

The project has been featured in The Independent.