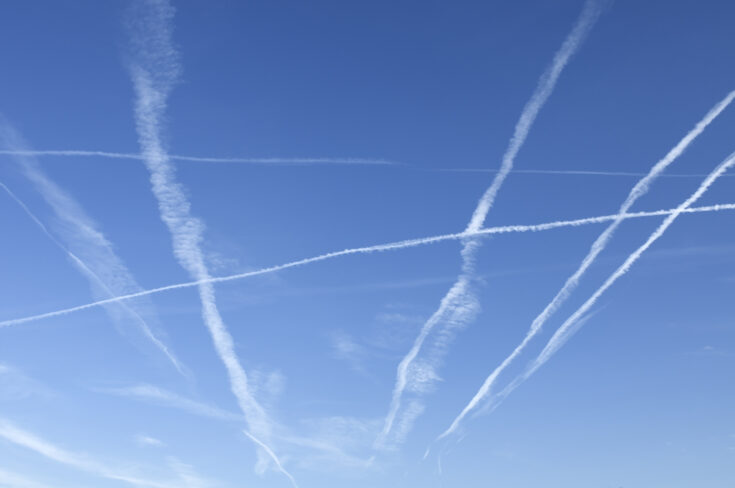 Major new study reveals that aviation could consume up to one-sixth of the remaining temperature budget to limit warming to 1.5˚C.

Aviation is responsible for more global warming than implied by its carbon footprint alone.

According to new research funded published today, aviation could consume up one-sixth of the remaining temperature budget required to limit warming to 1.5˚C by 2050. The article, published in Environmental Research Letters, suggests that emissions produced by the aviation industry must be reduced each year if the sector’s emissions are not to increase warming further.

The study was part-funded by the Natural Environment Research Council (NERC) and NERC’s National Centre for Earth Observation (NCEO) with research conducted by scientists from the Science and Technology Facilities Council’s (STFC) RAL Space.

Given that aviation is widely recognised as a sector which is challenging to decarbonise, this research will inform the discussion about aviation’s ‘fair share’ of future warming.

The researchers behind the study developed a simple technique for quantifying the temperature contribution of historical aviation emissions. This included both CO2 and non-CO2 impacts. The study also projects future warming due to aviation based on a range of possible solutions to the climate crisis. The researchers of the study are based at:

The aviation industry has only recently begun to tackle the warming effect of flying, and this study is timely for quantifying that impact.

The solutions discussed in this study, such as moving to alternative fuels, present a clear pathway to minimising warming but these will take time to implement. In the short-term, there are actions that the industry can take right now.

A ban on fuel tankering, where aircraft carry more fuel than they need, and hence burn extra fuel, to save the cost of refuelling at the destination, would reduce CO2 emissions in Europe alone by almost one million tonnes.

Other solutions were discussed, including more efficient air traffic control and minimising holding patterns at airports.

The study was part-funded by: