Bringing the James Webb Space Telescope to life in the UK 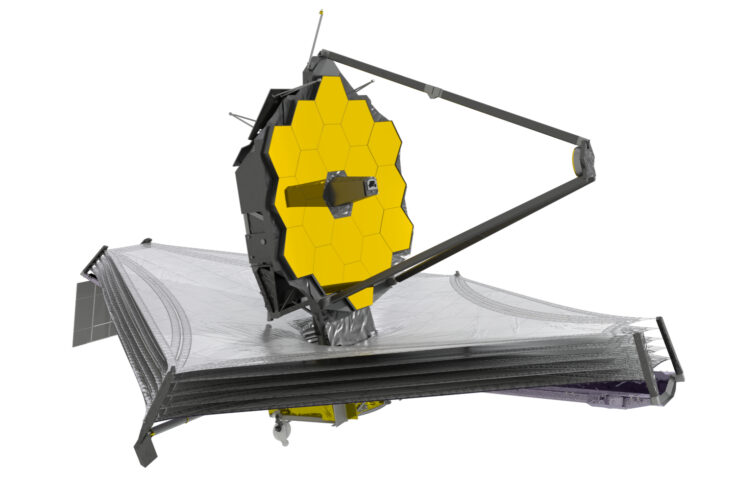 Two new dedicated fellows will help bring the science of the James Webb Space Telescope (Webb) to schools, scientific communities and the public in the UK.

As the once-in-a-generation spacecraft draws ever closer to launch, the Science and Technology Facilities Council (STFC) has appointed the fellows to help:

The two appointees are:

After more than two decades leading the team which has developed one of the instruments for Webb, I am absolutely delighted that STFC is now funding two research fellows to carry out their world-class science with the new mission so we can see the fruits of our labour.

The James Webb Space Telescope, known as Webb, will be the biggest-ever telescope sent into space and will be optimised to view the universe in the infrared.

Led in the UK by the UK Space Agency, it is a joint mission from:

The telescope will orbit about a million miles from Earth and will offer a whole new view of the universe in incredible detail.

This will allow astronomers to answer all kinds of questions about the formation and origin of galaxies as well as understand more about exoplanets.

The five-year fellowships will:

As the science lead for the Webb cosmic mining initiative, which is being run with the Institute for Research in Schools, I am working with thousands of school students across the UK to analyse the vast archive of Spitzer (a previous US mission) spectral data to investigate the chemical make-up of stellar objects, and identify potential targets for the Webb mission.

The students will then contribute to the development of a Webb observing proposal for these objects and hopefully analyse their own Webb data.

The scientists will be funded to pursue their own research programme utilising the capabilities of the Webb telescope, as well as to enhance the UK community use and the wider impact of Webb.

Both fellows will be studying the evolution of galaxies, including the birth and death of stars.

Dr Curtis-Lake, who will be joining the University of Hertfordshire for the tenure of her fellowship, said:

Now that the launch of Webb is just around the corner, I’m so grateful for the opportunity this fellowship brings to be able to study galaxies in the very early Universe, while working in the dynamic research group at the University of Hertfordshire.

Thanks to NIRSpec, an incredibly sensitive spectrograph capable of taking spectra of hundreds of galaxies at once, we’ll be able to trace the transformation of primordial hydrogen and helium into heavier elements like oxygen, carbon and nitrogen by stars in these early galaxies.

This means we will get brand new data showing how the sites of star formation were different in the past compared to the present day.

Dr Jones, who is similarly anticipating the first influx of data from the mission, said:

My research focuses on the beginnings and ends of a star’s life.

At these stages of stellar evolution, stars are surrounded by tiny dust particles which are exceptionally bright in the infrared where Webb is very sensitive.

With Webb, I will be observing individual sites of extreme star formation, populations of evolved stars and supernovae explosions in nearby galaxies to study the cosmic evolution of dust and chemical enrichment through the universe.

This research can only be done with Webb.

I finally have the opportunity to propose observations at these wavelengths and I am very excited at the prospect of what the next five years will bring.

In addition to being scientifically interesting, many of my Webb targets are also visually stunning and I am very much looking forward to the images Webb will produce for these exciting objects.

STFC’s UK ATC has led the design and creation of MIRI, which is one of the four main instruments that measure the light and enable the science on Webb.

STFC’s RAL Space was responsible for designing and making the thermal elements of MIRI, making sure it is at the right temperature to operate, as well as assembling and testing the instrument.

MIRI will support the whole range of Webb’s science goals. It has:

Find out more about MIRI: