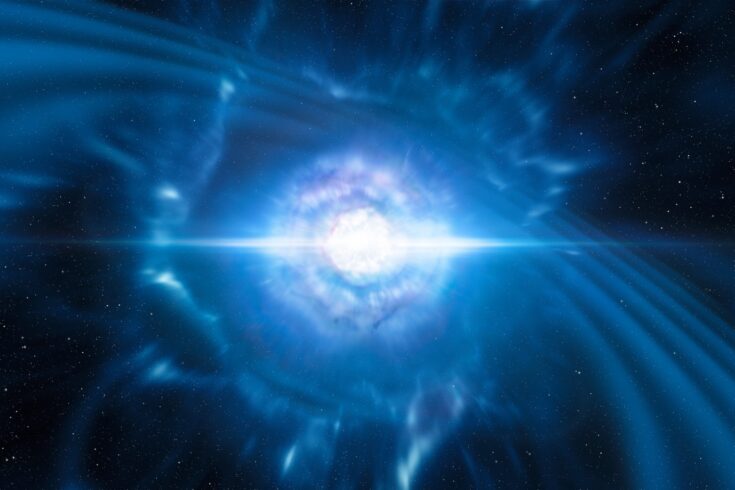 Only a few years ago, scientists the world over celebrated as the first-ever gravitational waves were detected – confirming a long-held scientific theory and opening up an entirely new field of research.

Today, the Laser Interferometer Gravitational-Wave Observatory (LIGO) and Virgo collaborations, which include many researchers from the UK, have published a series of papers that record events including the mergers of binary black holes, binary neutron stars and, possibly, neutron star-black holes.

These events were recorded during the first six months of the LIGO and Virgo detectors’ third observing run, between 1 April and 1 October 2019.

Journey across the universe

Professor Alberto Vecchio, director of the Institute for Gravitational Wave Astronomy at the University of Birmingham, says:

I remember when, over 20 years ago I started to devote most of my time to gravitational wave science, many of my former PhD colleagues thought I was mad. I would spend my scientific career just staring at terabytes of noise.

I am so glad I was foolish enough not to pay much attention to their remarks. Now it’s surprise after surprise in an exhilarating journey across the universe, and this is just the very beginning.

UK scientists have designed and built instrumentation for the LIGO detectors, which are based in the United States, and have contributed to the analysis and interpretation of the data collected throughout the three observing runs.

The UK’s contribution to the collaborations is funded by the Science and Technology Facilities Council.

With this new, expanded catalogue of detections, scientists are provided with a wealth of black hole data to rigorously test Einstein’s General Theory of Relativity and give new insight into how black holes and neutron stars come into being.

Dr Andrew Williamson from the University of Portsmouth’s Institute of Cosmology and Gravitation, said:

This new catalogue of discoveries includes 39 new gravitational wave events observed between 1 April and 1 October 2019. That’s more than one discovery per week.

Neutron stars are the extremely dense remains of dead stars, weighing more than our Sun but crushed into something the size of a city, less than 15 miles across.

Combined with 11 discoveries made before 2019, we have now discovered 50 gravitational wave events, with many more surely to come. We now have enough events that we can really begin to answer questions like: ‘just how common are merging pairs of black holes?’ and ‘what does the population of black holes look like?’

The future of black hole science

In another observation, a black hole was seen to merge with an object 2.6 times the mass of the Sun. If that object was a black hole, it would have been lighter than thought possible. Alternatively, it may have been the biggest neutron star ever observed.

Now, astrophysicists will look to find out how and where in the Universe the systems found by LIGO and Virgo were formed.

It’s amazing to think that, five years on from the first detection of gravitational waves, we’re now in a position where we can publish details of 39 new detections at once.

That first detection was the culmination of decades of hard work by a remarkable international collaboration. All the detections we’ve made since then are the result of even more hard work to upgrade the detectors, improve their sensitivity, and keep them working for longer during each observing run.

LIGO is funded by the US-based National Science Foundation and operated by Caltech and Massachusetts Institute of Technology, which conceived of LIGO and lead the project.

The LIGO scientific collaboration comprises over 1,300 scientists from 18 countries, and includes researchers from 11 UK universities:

Top image:  This artist’s impression shows two tiny but very dense neutron stars at the point at which they merge and explode as a kilonova. Such a very rare event is expected to produce both gravitational waves and a short gamma-ray burst, both of which were observed on 17 August 2017 by LIGO–Virgo and Fermi/INTEGRAL respectively. Astrophysicists now believe they have observed a second neutron star collision in the catalogue of new events, published today. Credit: ESO/L. Calçada/M. Kornmesser