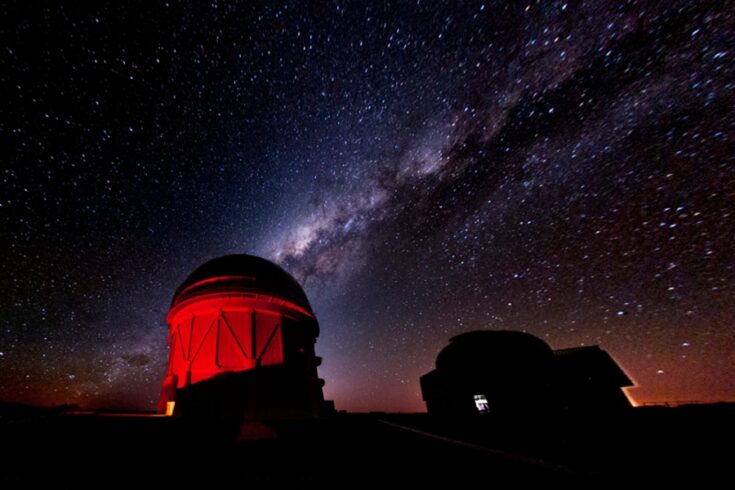 Scientists from across the world have catalogued almost 700 million astronomical objects in the most detailed survey ever taken of the dark sky.

Scientists on the Dark Energy Survey (DES), including those from eight UK institutions, have released the second data set – mapping over an eighth of the entire sky.

This includes a catalogue of nearly 700 million astronomical objects to add to the 400 million objects catalogued in the first data set, released in 2018.

The ultimate goal of DES is to better understand the accelerating expansion of the universe and the phenomenon of dark energy, which is thought to be responsible for this accelerated expansion.

This is a milestone for this long-term project, defining one of the largest imaging data sets in astronomy.

The data set has allowed us to not only learn about the mysterious nature of dark energy and dark matter, but it has also led to discoveries in our solar system and in our own Milky Way galaxy, and follow ups of gravitational wave events and other cosmic phenomena.

It is wonderful to have this data set available to everyone in the world to mine it and to make more discoveries.

The UK has been involved in this international project from its conception funding on behalf of the UK for what is the largest galaxy survey so far ever undertaken.

The Dark Energy Survey has given researchers access to unprecedented data of the universe to make new discoveries.

I am pleased that the UK’s knowledge of precision optics has made this survey possible, by making the lenses and therefore giving the eyes to the camera.

As well as giving us a better understanding of dark energy, the data produced by the survey will also enable many other studies, from discovering new solar system objects to researching the nature of the first star-forming galaxies in the early universe.

Scientists at UCL, with funding from STFC, provided precision optics systems for the Dark Energy Camera – the most powerful survey instrument of its kind.

The 570-megapixel digital camera is the main tool of the survey, and includes the five precisely shaped lenses, the largest nearly a yard across was designed and fabricated at UCL before being built at Fermilab in the United States and mounted on the 4-metre Victor M. Blanco telescope in Chile.

The universities of Cambridge, Edinburgh, Manchester, Nottingham, Southampton, Sussex and Portsmouth have been involved in filtering through and analysing the huge amounts of data, leading to this data release.

Hundreds of scientists working together

David Bacon from the Institute of Cosmology and Gravitation, University of Portsmouth, said:

It has been an extraordinary experience to see hundreds of scientists working together to bring the Dark Energy Survey to this point. The newly released data set is very rich and I can’t wait to see what new surprises people find in it.

The second release of images and object catalogues from the DES is the culmination of many years of astronomical data collection and analysis.

Researchers from around the world can access this novel data and use it to make new discoveries about the universe.

DES has produced the largest and most accurate dark matter map from galaxy weak lensing to date, as well as a new map that will be released in the near future.

The DES is supported by funding from:

Top image:  The Dark Energy Survey uses a 570-megapixel camera mounted on the Blanco Telescope, at the Cerro Tololo Inter-American Observatory in Chile, to image 5,000 square degrees of southern sky. The survey has already discovered more than 1,000 supernovae and mapped millions of galaxies to help us understand the accelerating expansion of our universe. (Credit: Fermilab)