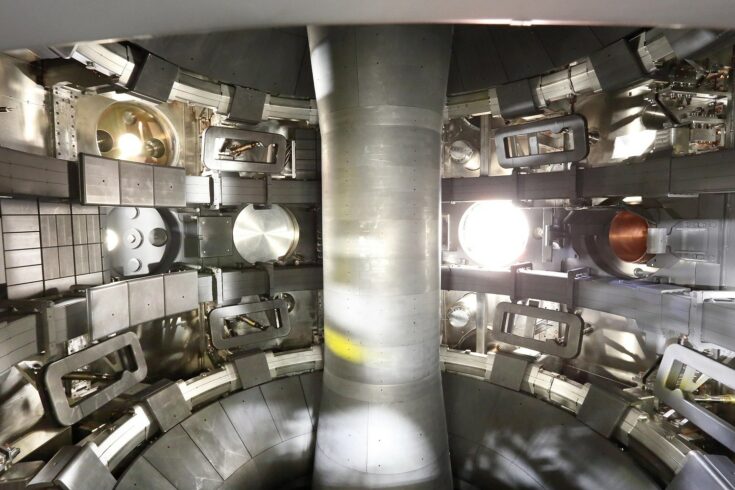 Initial results announced by the UK Atomic Energy Authority today demonstrate the success of a world-first concept that could remove a barrier to fusion energy.

The Super-X divertor system tested would allow components within tokamaks, the machines which will heat gases to generate energy in fusion plants, to last for much longer and greatly increase their availability while reducing the cost of fusion electricity.

These are fantastic results. They are the moment our team at UKAEA has been working towards for almost a decade.

We built MAST Upgrade to solve the exhaust problem for compact fusion power plants, and the signs are that we’ve succeeded.

Super-X reduces the heat on the exhaust system from a blowtorch level down to more like that you’d find in a car engine. This could mean it would only have to be replaced once during the lifetime of a power plant.

It’s a pivotal development for the UK’s plan to put a fusion power plant on the grid by the early 2040s – and for bringing low-carbon energy from fusion to the world.

MAST Upgrade is funded by the Department for Business, Energy and Industrial Strategy, UK Research and Innovation’s (UKRI) Engineering and Physical Sciences Research Council (EPSRC) and the EUROfusion consortium.

The results were announced at the formal opening of the MAST Upgrade, which was attended by astronaut Tim Peake, who created his own artificial ‘star’ by running a plasma test on the machine. 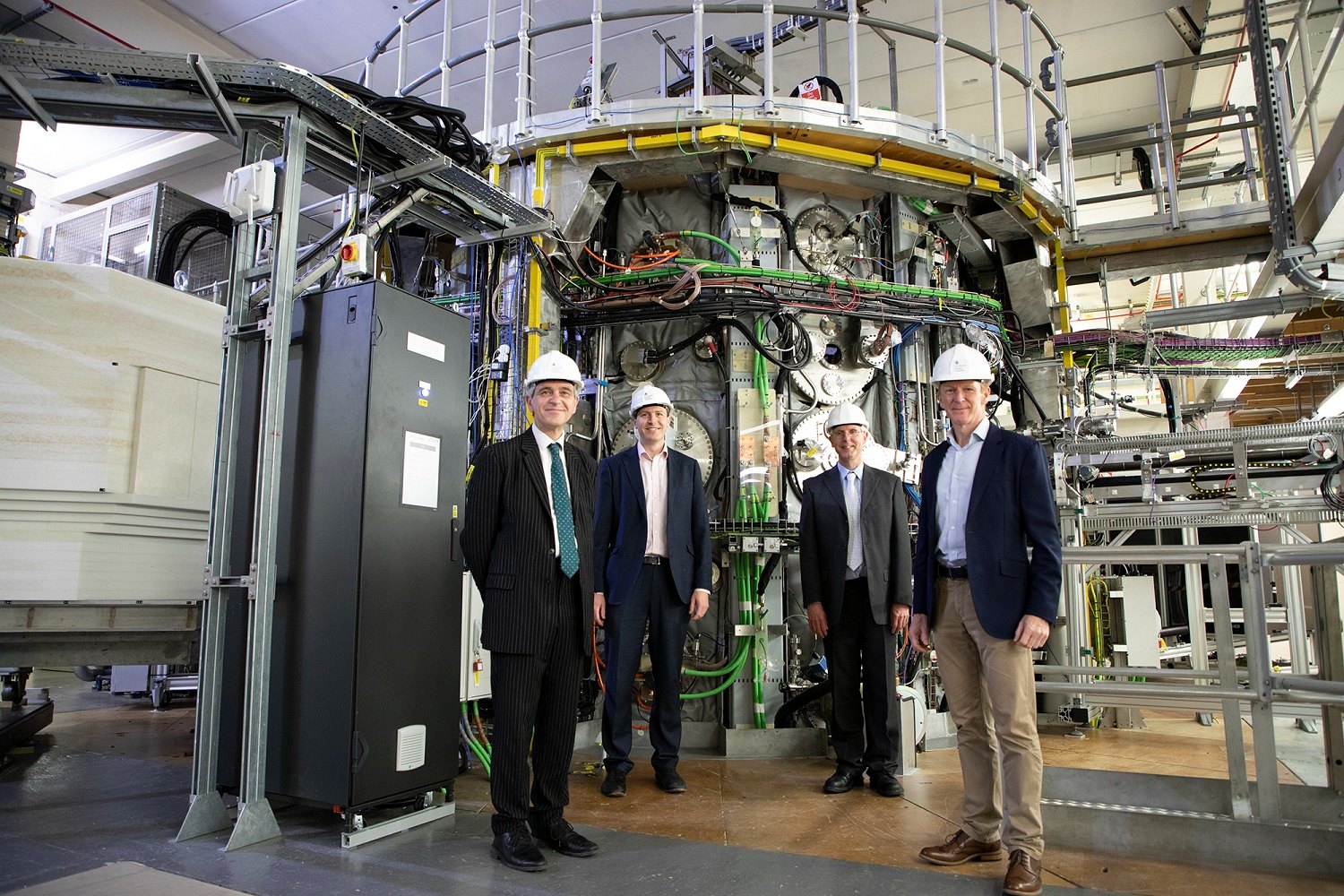 Neil Viner of EPSRC alongside Ian Chapman and Andrew Kirk of UKAEA and Tim Peake at MAST Upgrade. Copyright: UKAEA

This is an incredibly exciting moment for fusion in the UK. Just seven months since MAST Upgrade was powered up, there are strong signs it has demonstrated a solution to one of fusion’s main challenges.

When MAST Upgrade was launched, I said that ‘We want the UK to be a world leader in fusion energy’. Today’s announcement proves that, through our scientists and engineers, we are world leaders.

The UK has been a leader in the development of fusion energy for many years, strongly supported by EPSRC since the early 2000s.

These first results from the MAST Upgrade project demonstrate that fusion as an energy source has the potential to radically change the world’s energy supply.