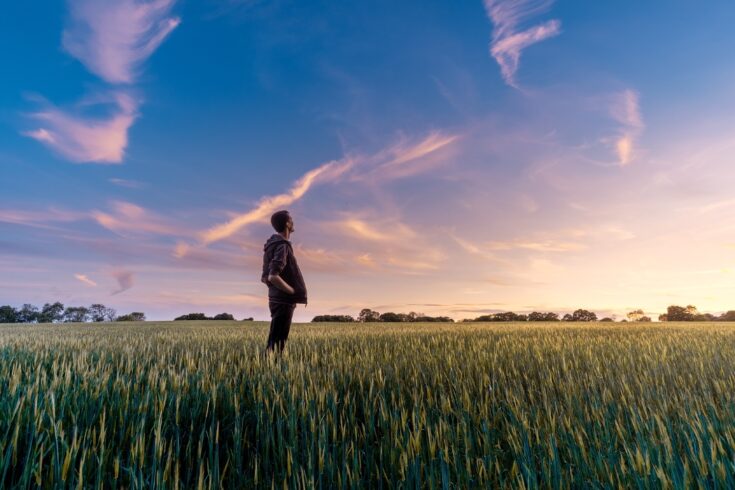 A scenarios exercise run by UKRI’s Global Food Security (GFS) programme will provide policy-makers with food for thought over the coming years.

The findings are published today in:

The discussion document examines four potential scenarios. The scenarios could influence how the UK’s food system engages with the challenge of climate change and how the country can meet its commitments to the world.

The landmark global agreements, the Paris Agreement and the UN Sustainable Development Goals (SDGs), have been key to shaping the current thinking on how we deal with the climate crisis.

The GFS programme conducted a scenarios exercise with experts from across:

Recognising that change begins locally, they explored how the UK food system could be transformed to help meet these global agreements.

Four scenarios were developed based on the selection of two critical uncertainties that are expected to drive unforeseeable changes to the UK food system in the coming years:

The report’s contributors explored what the UK food system might look like in the year 2050 if it was transformed to meet the UK’s climate mitigation and wider sustainability targets.

The four scenarios were set in futures where the food system is more globalised or more localised than it was in 2020.

Decision makers implicitly often assume that next year will be like last year and so on into the future, and so plan ahead assuming the world will be like today.

In a very fast-changing world, this thinking applies even less than normal. Hence, this exercise looked ahead and developed plausible scenarios based on a world where lifestyles change, as does the geopolitics and reliability of trade.

How would such a future world change what we think we should invest in today to ensure our food supply in the decades ahead?

The scenarios envisaged a spread of circumstances and futures:

This scenario is more localised and focused on climate mitigation.

It describes a low emission future where domestic food production is boosted by the UK’s world-leading, ultra-efficient, low-carbon technology.

Food imports are reduced, making the UK less vulnerable to global food shocks and decreasing the impacts of the UK diet in other countries.

However, the mechanisation of food production and manufacturing has increased unemployment and exacerbated economic inequality.

Food prices have risen, and nutritional deficiencies and food bank usage are commonplace.

This scenario describes a food system with a focus on wider sustainability.

The local-production-for-local-consumption ethos reigns, and the UK’s wealth and land have been redistributed amongst the population to reduce inequalities.

Local markets are at the heart of society, reviving the UK’s forgotten foods, seasonal eating and creative ways to use food excess.

The loss of productivity from comparative-advantage and trade, coupled with the need to diversify production and reduce the scale of farming, has increased food prices.

However, public policy is designed to make nutritious, climate-friendly food accessible to everyone.

While younger generations have developed strong food ethics, some of the older generation remain nostalgic for the abundance of cheap, unsustainable foods they grew up with.

This scenario is more globalised and low carbon.

It features a food system where the UK’s agricultural land has been replaced with plantation forests and renewable energy farms to meet national climate mitigation targets.

The UK is largely dependent on food imports, with only a handful of commercially run, agricultural farms remaining.

To protect the UK from global food shocks, supermarkets have shifted from just-in-time supply chains to maintaining huge stockpiles of long-life, fortified ready-meals.

Carbon pricing was central to achieving this food system, but a lack of support for rural communities and the poorest in society has deepened inequality and mental health problems.

High-emission foods such as red meat, dairy and rice are inaccessible for most people.

In this scenario, global governance and trade arrangements determine which foods are grown in which parts of the world to maximise yields and improve sustainability.

The UK’s primary export is red meat, with a world-class livestock system that emits minimal greenhouse gases while supporting biodiversity and reforestation.

However, red meat is now a luxury product, so the UK population eats mostly plant-based protein with some white meat.

This shift has helped reduce diet-related diseases and creates space for wildlife to thrive.

However, slow uptake and engagement has allowed special interest groups to capture these platforms to sow doubt over the sustainability agenda. 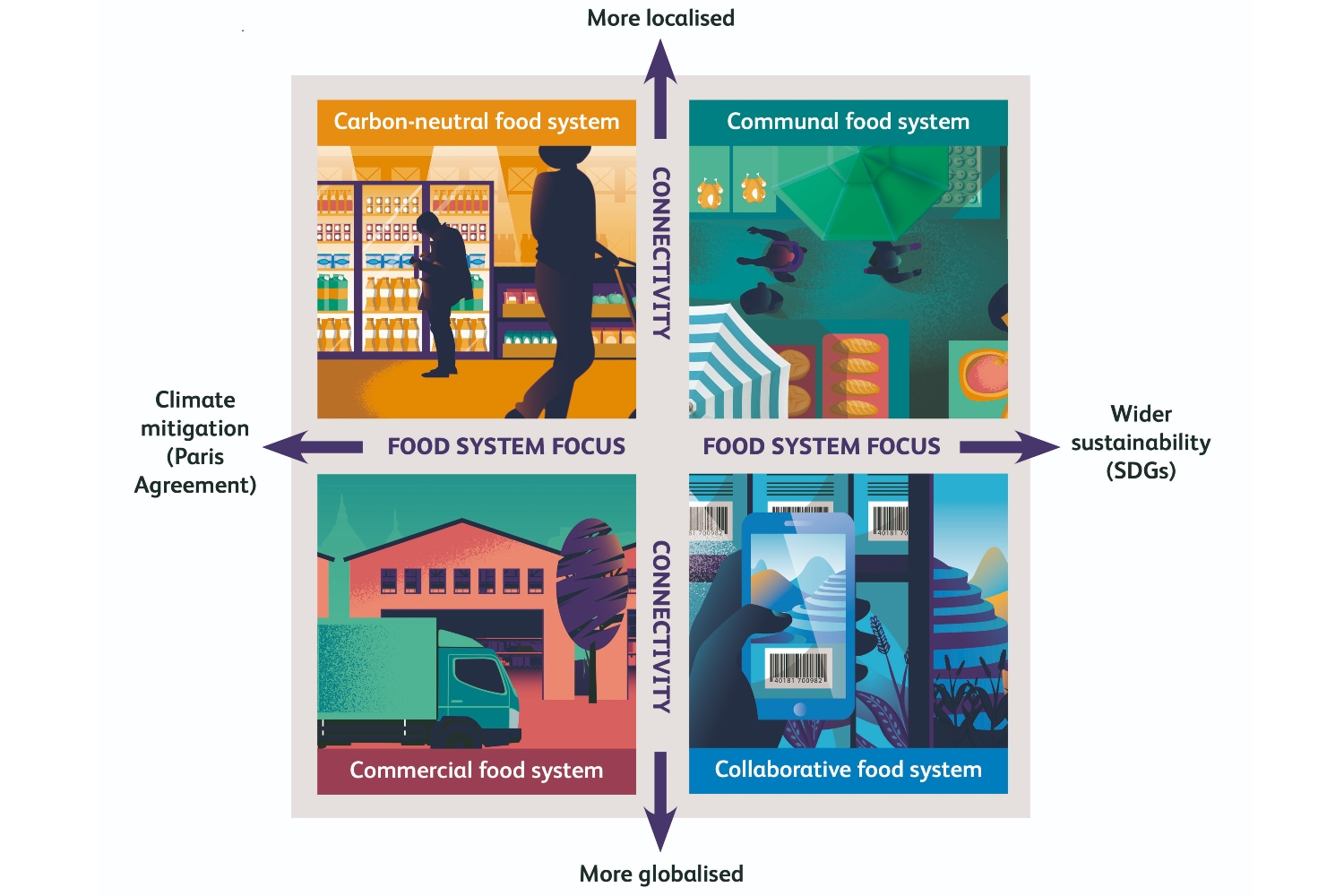 An analysis of the hypothetical scenarios revealed several commonalities, such as:

Differences across the scenarios were also informative, revealing the importance of considering wider sustainability (for example biodiversity and equity) in future climate mitigation strategies.

Watch video: What will our food system look like in 2050?

Video credit: GFS programme
An autogenerated transcript of the video is available on YouTube.