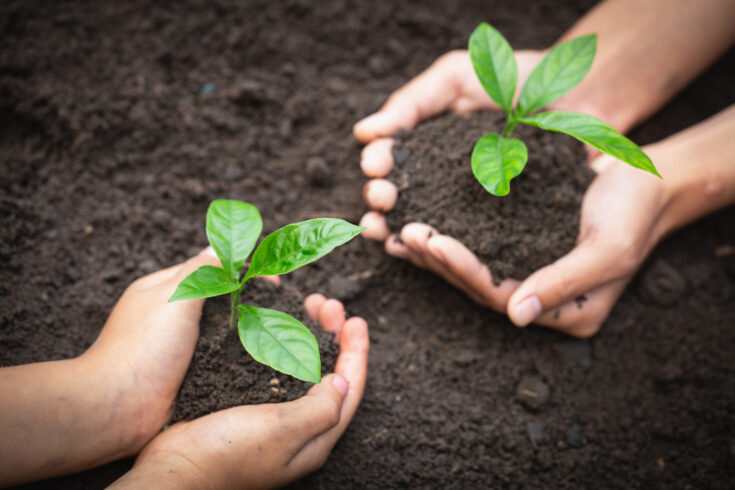 A play co-written by young people in South Wales and Brazil and original climate themed zines are among a series of new climate engagement projects.

UK Research and Innovation (UKRI) and the Arts and Humanities Research Council (AHRC) have announced a £120,000 investment in 15 projects across the UK. These will encourage 14 to 18-year-olds to engage with and contribute to important climate research.

Each of the funded projects will take place between September and December to coincide with the United Nations Climate Change Conference (COP26) and contribute to the national and global discourse on climate change at this time.

The funded projects will use a range of creative approaches to capture the imaginations of young people including:

These projects demonstrate the unique ability of the arts and humanities to explore climate research in a way that will resonate with young people and inspire positive action.

In November, the UK will host the COP26 international summit in Glasgow.

This investment will mark this historic occasion and support the objectives of COP26 by elevating the voice of young people.

COP26 is set to be the most inclusive climate conference to date and enabling young people to engage with climate research is an essential part of this.

This investment forms part of UKRI and AHRC’s longstanding commitment to bringing diverse communities together to create a more sustainable and resilient society.

Inspiring young people to engage in the issue of climate change is an important part of nurturing the capability, skills and knowledge necessary for the next generation to push the boundaries of climate research and action.

Each of the projects funded provide two-way engagement with benefits for both sides and have the potential for positive long-term impact.

Tackling climate change is an endeavour which must include all age groups across society and connect communities around the world.

I look forward to seeing the fruition of this inspiring COP26 initiative that will channel the fresh ideas, energy and creativity of teenagers across the globe into our fight against climate change.

If we are going to come together as a global community to address the climate crisis, we need to ensure that people from all ages and walks of life are engaged with this crucial issue.

These investments are a testament to the ability of the creative arts, theatre and storytelling to bring complex issues to life, and to bring people together.

Young people have a particular stake in this because it is their future that is at risk.

Their engagement in and creative contribution to these activities will lead to a deeper, more meaningful understanding of the need to work towards a more sustainable future.

UKRI is keen to support researchers and innovators to engage with young people on crucial issues like climate change.

These investments will establish a dialogue between the research and innovation community and the public that will bring underrepresented voices into the climate debate and provide valuable insights into young people’s views on climate change.

They will help to ensure that the future of climate research is informed by a diverse range of people and foster a more inclusive research and innovation system.

This investment forms part of UKRI and AHRC’s longstanding commitment to bringing diverse communities together to create a more sustainable and resilient society. Each of the projects funded provide two-way engagement with benefits for both sides and have the potential for positive long-term impact.

The proposals for the projects funded as part of the engaging young people with climate research investment are listed below.

Are you game for climate action? Engaging young people in built environment climate research through co-design and play

The climate action game project will work with 12 young people aged 14 to 18 from Balsall Health, Birmingham over the space of three months. It is a co-design process to prototype a climate action board game which will be able to explore and demystify how the built environment can contribute to climate resilience and mitigation.

The cinema as a time-capsule: using film to capture vanishing worlds

This project will engage a group of young people through watching, discussing and making films about:

It will consist of film screenings for large classes followed by two-way discussion about cinema and climate activism. It will also give the opportunity for 8 to 10 young people to work with a professional team of filmmakers to make a film that is entirely of their initiative.

The climate in your hands: empowering young people’s engagement in climate action through zine-making

The climate in your hands project will invite 14 to 18-year-olds based in Glasgow to explore climate change issues by making zines. Through workshops and masterclasses, the project will create and co-create climate focused zines as well as guidelines to replicate the project in the classroom.

It will be an opportunity to explore young people’s perceptions of present and future climate change, and their experiences of the climate action movement.

This project will consist of six online creative workshops bringing together 10 young people from South Wales with 10 young indigenous people from the Upper Xingu Territory in the Amazon basin, Brazil. This is to generate a collective, multimedia performance that captures their responses to climate change in drastically different lived environments.

The great climate change experiment is a collaboration between practice-based researchers in:

This project will actively engage secondary school and college students aged 14 to 18, to visualise timescapes (images captured using time-lapse photography) of climate change across Morecambe Bay. The concept of ‘timescapes’ encapsulates the range of coastal changes that will occur in time and space, accounting for stories of past change and future scenarios.

Once upon a time and place: story maps of climate change

This project is aimed at 14 to 18-year-olds in Kingston, London who are in secondary education. Using ArcGIS story maps, a platform for creating spatial stories with images, videos and text, students will be invited to create story maps, to document their feelings on, concerns about or activities related to climate change.

This project seeks to engage young LGBTQ+ people with climate research to empower them to develop their own perspectives on climate change and climate activism. Participants will explore the central role that LGBTQ+ people have played in exploring nature, environment and climate in the past.

As a result, young LGBTQ+ people will feel empowered to carve out their own roles within urgent debates about climate change activism in the present and future.

Recipes for Resilience (RfR) will re-connect Caribbean youth to their elders through activities that encourage young people to reflect on:

It will achieve this through three workshops that will use sensory methods, storytelling, games, role play, and song, and through youth-led research.

Singing and dancing in the rain: climate change as youth musical theatre

This project will work specifically with the Senior Studio Group of 14 to 18-year-olds from Doorstep Arts, Torbay and additional participants from Doorstep’s Youth Theatre. This is to explore research into theatre and performance’s contribution to understanding the cultural nature of climate change.

The project seeks to tether the expertise of Doorstep Arts in the facilitation of youth musical theatre performance and the University of Exeter’s research in arts-based approaches to climate change.

Songs of Resilience will engage with 14 to 18-year-olds in Wigan and Leigh to work with academics, song-writers and the Wildlife Trust for:

This is to co-create songs that respond to the long story of climate change and the human contribution to this. The activities are rooted in a place, the Carbon Landscape, and emerge from the ideas of the young people involved.

The project’s activity centres on two creative practice ‘walkshops’ taking place along the Kent coast. These will be co-designed with a newly established youth-led climate change focus group and will culminate in an end-of-project exhibition to coincide with COP26.

This will take place in a Ramsgate venue and tour to our partner organisation’s venue in Canterbury. There will also be an end-of-project forum for the participating young people to engage with local policymakers.

This project brings together anthropology, climate science and animation to work with young people in Cornwall and mobilise them to take positive climate action. Through co-production of an animated film, young people will tell a story on the future of their coastal environments and share it widely to raise public awareness about the climate emergency.

Voices across the reeds: dramatising the effects of climate and time on RSPB Strumpshaw Fen, Norfolk

Young people in Norwich aged 16 to 18 will conduct arts-based research at the local RSPB nature reserve Strumpshaw Fen, investigating impacts of climate change on the reserve and its wildlife over time. They will present their research in a public engagement event of verbatim theatre, also at the Fen, in December 2021.