Funding for next generation of space science missions 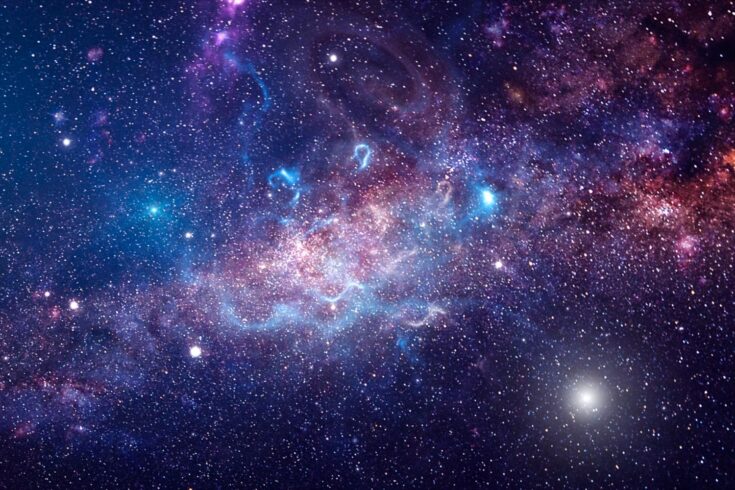 New funding has been awarded to 10 UK projects that will develop technologies for the next generation of space science missions.

The UK has been at the heart of international space science missions, including:

Future exploration of the universe

The new funding aims to encourage collaboration between industry and academia and boost technology that will support the future exploration of the universe through space-based:

The projects will be led by organisations across:

The projects include using tiny, digitally controlled mirrors, smaller than the width of a human hair, to counteract the movements of space telescopes and get sharper images.

If successful, the UK-led technology could be used as a basis for instruments on future space missions.

Another will develop a space-based atomic clock small enough to fit inside a CubeSat the size of a microwave.

An ultra-accurate atomic clock that can fit into a tiny satellite could help revolutionise space-based physics experiments, as well as deep-space navigation for planetary science and exploration missions.

The UK’s space and satellite technology sector is already worth over £16 billion and growing fast.

As well as our ground-breaking leadership on projects like the James Webb Telescope and Solar Orbiter missions, our UK Space Agency is supporting hundreds of small and medium-sized enterprises developing cutting edge technology.

From miniature atomic clocks and tiny digitally-controlled mirrors that help channel light into moving spacecraft, to new space weather detectors to help warn of devastating solar storms, these new projects will ensure the UK continues to grow as a global science superpower.

The Technology for Space Science funding opportunity is a joint initiative between:

In addition to national funding, the UK is a major contributor to the European Space Agency’s Science Programme, investing approximately £94 million per year.

The programme gives UK companies opportunities to bid for high value contracts and access to European suppliers and customers.

It allows UK researchers to collaborate with European and international partners on pioneering space science missions that would be too large and ambitious for one country alone.

The national space strategy outlines the long-term plans to grow the UK space sector and make Britain a science and technology superpower, including:

The projects in detail:

Rb-TP: a rubidium atomic clock for tests of fundamental physics

Optical atomic clocks in space will be able to make orders-of-magnitude improvements to tests of quantum mechanics and general relativity.

They also open up new fields such as:

They have the potential to revolutionise deep-space navigation for planetary science and exploration missions.

Warm rubidium vapour optical clocks are an excellent candidate for a space optical clock, achieving stabilities of parts in 10-15 at one hour, better than any existing space clock.

This project will perform the necessary pre-cursor design for an ultra-compact Rb-TP clock in a small, low-cost format, suitable for a CubeSat demonstration.

The observational endeavour is an extreme instrumental challenge.

Where a cosmological signal needs to be extracted from much brighter (~ 100,000 times) noise signals originated in the sky, on Earth and in the radio telescope itself.

This project will build a prototype miniature receiver for radio cosmology observations from the quietest location in the solar system: far-side of Moon’s orbit.

This could be installed in a cost-effective CubeSat platform enabling an iterative experimental approach without the contaminating factors.

The highest resolution images of the X-ray sky have to-date been taken by the Chandra X-ray observatory, a remarkable telescope that has revolutionised our view of high energy processes in astrophysics.

But telescopes of this type appear to be reaching a practical limiting resolution.

A radical new approach to X-ray imaging is needed to drive future advances in X-ray astronomy.

This proposal will create a technology roadmap aiming to deliver the tools that astronomers need for new scientific observations. From imaging exoplanets passing in front of nearby stars to resolving the event horizon of a black hole.

Better modelling and observations of the inner heliosphere represent a “crucial step in understanding all aspects of solar activities”.

This is according to the Royal Academy of Engineering’s most recent assessment of space weather.

These include catastrophic events such as solar flares and corona mass ejections that can wreak havoc on power grids and space-based technologies.

This project wants to explore the feasibility of a spacecraft mission aimed at collecting more frequent and higher-quality measurements of the inner Sun corona via Moon-enabled total solar eclipses in space.

Candidate spacecraft trajectories will be researched in the chaotic dynamics of the Sun-Earth-Moon system and used to inform the preliminary design of a UK-led small satellite platform.

Integral field units: the next generation of space-based solar instrumentation

Placing high-powered telescopes in space offers an unrivalled viewpoint of celestial objects, including our nearest star, the Sun.

Unfortunately, the spacecraft mechanics necessary to maintain stable orbits often introduce unwanted jitter in the telescope pointing, which can result in blurring of the acquired images.

This project will investigate the suitability of digitally controlled small-scale mirrors, which are smaller than the width of a human hair, to reduce the impact of spacecraft jitter.

This will allow the re-pointing of incoming light at very high rates (exceeding thousands of times each second).

Understanding the suitability of micromirrors for spaceflight will pave the way for future UK-led instrumentation suites in the decades to come.

GaiaNIR:UK: capacity building and feasibility study for next generation astrometry

This study will conduct initial feasibility studies related to the development of a future near-infrared astrometry space mission in the context of the ESA Voyage 2050 programme.

It will build on UK strengths in science, data and infrared detector technologies.

Observing in the infrared would allow the study of regions hidden in the optical due to dust, for instance the central regions of the Milky Way.

It will allow a detailed understanding of our galaxy’s ecosystem and formation history.

Exploring the subsurface of another planet may require us to drill below the ground.

But low gravity might make it difficult to create the forces and torques required to operate a rotating drill string.

This project will determine if this fluidisation phenomenon can be applied to a drilling auger.

This would reduce the force and torque that would need to be applied and allow us to explore the terrain using smaller, and therefore faster and cheaper, planetary landers.

Imperial College is leading a project to improve the performance of miniaturised magnetic field detectors that are deployed on nano-satellites to detect space weather disturbances coming from the Sun.

These disturbances can cause serious environmental interference on the ground such as shutting down power grids.

The project involves development of a new type of electronics control that is compatible with the most sensitive magneto-resistive sensors, solid state miniature sensors.

These are more commonly use in navigation and vehicle detection applications.

Using multivariate statistical analysis to fit spectroscopy data from remote and in situ analysis of planetary surfaces: a proof-of-concept assessment

One of the most powerful tools that scientists use for the remote exploration of planetary bodies is reflectance spectroscopy.

When light from the Sun is reflected from the surface of a planetary body, its spectrum (or pattern of wavelengths) is changed.

It is changed in ways that depend on the composition and roughness of the surface.

Spectra are interpreted by comparison with known rocks and minerals, but it is not an exact procedure.

The team is developing mathematical techniques that can speed up and make more accurate the interpretation of planetary spectra.

This will help future exploration of space and recognition of potential in situ resources.

There is an increased demand for coating large components, including the next generation of space telescopes.

The OCULAR approach envisages an innovative continuous coating process whereby only a section of a part is coated at any given time while rotating the part to ensure full coverage.

This will be a globally unique capability that will put UK space technology at the forefront of the future development for large space parts requiring functional optical coatings.

The UK Space Agency’s NSTP is a capability programme encouraging the development of space technology across the whole of the UK.

NSTP is intended to build UK capability by:

It will do this while striving to secure a strong foundation for growth and resilience across the UK.